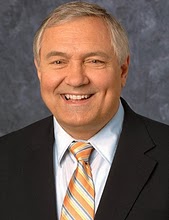 Meet the place of Obama’s birth, according to Hawaii Governor

HOWEVER, HOSPITAL HAS NEVER CONFIRMED OBAMA’S BIRTH THERE by Sharon Rondeau (May 8, 2010) — The Kapiolani Medical Center in Honolulu, Hawaii is the birthplace of Barack Hussein Obama II, according to Hawaii Governor Linda Lingle as reported by WorldNetDaily. However, the statement Lingle made on Wednesday was inaccurate.  On May 5, in speaking about […]

BUT IGNORE THE CONSTITUTIONAL CRISIS CAUSED BY OBAMA’S HIDDEN VITAL RECORDS by Sharon Rondeau (Mar. 31, 2010) — Several members of Hawaii Governor Linda Lingle’s executive cabinet have responded to The Post & Email’s Hawaii Petition Campaign, all of them asserting that their department does not maintain or have access to the requested records of […]