“BELIEVE WHAT THEY SAY”

(Mar. 11, 2019) — “Good evening, ladies and gentlemen, and welcome to ‘The Pulse of the Nation,’ where we’re not afraid to say we support Israel 110%. Today we’re broadcasting from Madam Shylock’s Fortune-Telling Emporium in Cassadaga, Florida. Hello, how’s Henry*?”

“Aren’t you forgetting something? Hello? Cash on the barrelhead, as you know. If you want the truth, you have to pay with the truth, and nothing but nothing talks truth like cash, as every lobbyist knows.”

“Which means just about every politician knows as well.”

“Good point. So here’s what we’re down here to learn: this dimwit – who was on one of the morning talk shows – is interviewed on his new book that pushes the premise that we’re stupid beyond belief. He thinks that if we’re nice to Muslims they’ll be, in return, nice to us. What do you think about that?”

“I think that he just went to the head of the line. I mean, who wants stupid running loose, right?”

“So, what, is it all laid-out? What happened in England will happen to us**?”

“What do you say we pause for a commercial break?”

“Let me ask you about this Socialism cloud-in-the-sky business.”

“Now you’re wasting my time and your money. The history of Socialism is written in failure; enough said. Try asking me a question with merit. And don’t ask the obvious such as should we deport each and every illegal immigrant, and that includes the DACA litter. And don’t be asking me about Islam and whether it’s a religion or a sorry excuse for the resurrection of the Third Reich, with the obvious relationship with the ovens at the Auschwitz concentration camp. I’m ready.”

“What’s happening to America? It can’t be just Trump, can it?” 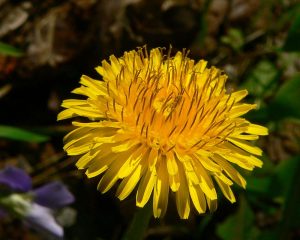 “The Petrol Dollars, billions of them, got Obama elected by brainwashing a country which discarded the draft and embraced the Teachers’ Union, is the short answer. The long answer has been addressed in Professor Zorkophsky’s new book, ‘The Dandelion War,’ a story about a nonconformist suburbanite who liked seeing bees collect dandelion pollen, so he refused to cut the weeds in his yard. The uproar started with the wife and morphed throughout the neighborhood and beyond borders.”

“Would there be a correlation between the color of Trump’s hair and the dandelion? Do I see a screenplay in the future?”

“Mum’s the word, but Zork just bought a house in Laguna Beach. Let me ask you one more question: the Democratic Party is now the ‘Democrat-Socialist Party of the Unites States,’ so who do they owe alliance to?”

“It’s not ‘who’; it’s ‘what,’ and the ‘what’ is the absence of reason, even to the point of knowing that the Russian Collusion was a lie from the start, but – and this is the crux of it all – actually believing in the lie, notwithstanding that had the Russians a choice between Clinton or Trump, surely they would have chosen the weaker of the two. Trump would not have been part of the Uranium One deal; he can’t be bought and he doesn’t need a paltry couple hundred million.”

“Thank you, Madam Shylock, for answering our questions so forthrightly. And now I’m afraid that it’s that time where I wish our viewers and readers, on behalf of the crew, a goodnight: Goodnight.

“Another great show, don’t you think? Burger time; my treat.”