The Provocation of Veteran Suicide (RR)

“THERE’S THE ENEMY, RIGHT IN MY FACE”

(Mar. 7, 2019) — “Good evening, ladies and gentlemen, and welcome to the ‘Pulse of the Nation,’ the informative show that addresses your need to know. Hello, my name is Roving and I’ll be your host while we make another visit to Professor Zorkophsky’s cozy office, escaping another Polar Express. Nice fire, Professor Zorkophsky, and thanks again for saving us from freezing to death out on our corner across the street from the railroad depot.”

“Think nothing of it, Roving, you’re always welcome. And please, you can call me ‘Zork’; there’s no need to be so formal in my humble office. Let me show you my latest addition, something that I’m sure you’ll enjoy. Well, what do you think?”

“Unbelievable, is what I think. I’ve always wanted a pair of speakers like that but never had the room or the money. So your book sales must be going pretty good.”

“Better than expected. I bought them on the Internet: ‘2 used folded-horn corner speakers.’ Here, stand next to one and I’ll play something that’ll make your cuffs flutter.”

“Nice; very nice. You said you just had a session with one of our Veterans and will share it with us, is that correct?”

“For the record, tell us what you’re here for; into the microphone, if you would, please.”

“I don’t have to give my name? So I’m here incognito?”

“Alright, then, I’ll tell it like it is and I won’t hold anything back. I mean, isn’t that what you want, Professor?”

“Well, yes and no. It’s not what I want as much as I want the truth and not something that confirms our understanding of the causes of Veteran suicides. There’s no right or wrong answer, so just enjoy the fire and relax.”

“You may not like what I’m going to say.”

“No, I don’t believe I will, but never you mind about that.”

“May I have a glass of water, please? Thank you. So, as I was saying, I killed people who — if they weren’t trying to kill me — would tell someone who would kill me, is what I’m saying. I mean; it wasn’t like a choice, understand? Besides, as far as killing myself goes, I made that decision a long time ago. I mean, there’s no way I’d be taken prisoner so they could torture me and take pictures. So that hurdle was decided when I was 20 years old. Like taking my own life wasn’t any big decision; I mean, I didn’t have to rethink it, understand?”

“Yes, I can understand that; once you decided that you can do it, then it’s just a matter of time; waiting for the right moment, so to speak. Is that what you’re trying to say?”

“Maybe. So when is the right time? I don’t know, but this I do know: I never had to, like, give an oath ‘til death, and anyone who hasn’t will never know what it means. I mean, like, the guys I served with were in the same boat. What I’m saying is that when I put my right hand up and took the Oath when I joined up, when I volunteered for the military, well, it was like for real, understand?”

“Yes, I understand. You mentioned a boat: what boat would that be?”

“The ‘Expendable Boat,’ that’s what. I mean, you go where you’re told, get it? It’s like you don’t have a choice; so you think a lot, like what it’s like to kill other people (for the Constitution), understand?”

“So I put my life on the line, that’s what. I killed just as easily as I could’ve – and maybe should’ve – been killed. So here it is: I’m not saying that I went over and above serving my country; I just did my job. So when I get back home, guess what? There’s the enemy, right in my face, in my stores, in Congress, and on television. It gets under my skin, is what I’m saying. And I’m telling people that it’s nuts, is what it is, and they look at me as if I’m the one bouncing off the walls.”

“And that bothers you?”

“Look: I can see the writing on the wall but nobody listens. Why is the Council on American-Islamic Relations allowed to be in our country? Doesn’t anybody know that they raise money to buy weapons to kill, as they say, ‘Kill the Jews and Christians wherever Ye may find them’? It’s like talking to my cat, is what it is. It’s frustrating. You know what? It’s making my time in the military nothing but a complete waste of time. Makes me think I killed for nothing, is what I’m saying. I killed for a bunch of ingrates, is what I did. And it gets to you, understand?”

“No matter. It’s like our politicians pushed Obamacare on everyone but them, and they give themselves a pay raise. They go into office middle-class and leave as multi-millionaires. And these crybaby Socialists really make me sick. Why don’t they come right out and say it? They wish I had been killed; they hate America so much. And what happens? Nothing.”

“Care for some more water? Maybe some hot chocolate?”

“Sure; thanks. And look at this double standard, like Lois Lerner just getting up and walking out of those hearings and Hillary Clinton being caught with a private server. You and I would be arrested and thrown in jail, but not them. And we’re not deporting any of the 20-30 million illegal immigrants, including the anchor babies. And I put my life on the line for this? I didn’t risk my life so an illegal can murder any of us, but I did, didn’t I?”

“And these illegal immigrants murder us and we can’t execute them; now what kind of treaty is that? Did we negotiate the line, ‘They can murder us, rape us and molest our children and all we can do is send them back so they can return and do it all over again’? We can’t build a wall because we’re not who we say we are; we’re not the ‘Land of the free’; rather, we’re ‘The land of the liars: Welcome.’  And I risked my life; I’ve killed for a pack of lies, is what it amounts to.”

“What other? And THAT’S the real reason why so many Veterans are committing suicide: I did some pretty horrible stuff in the name of the Constitution and it was all one great big lie. So I put my life on the line for illegals to kill us; for our sleazy government employees to get The Golden Retirement; and for us to pay crooked cops to make all kinds of money protecting the billion-dollar drug industry with payoffs by looking the other way.”

“Yes, I’m afraid you got that part right.”

“When I took the Oath I felt proud, but then I come back into THE WORLD* and find that I should’ve been doing my killing right here at home rather than wasting my time killing a bunch of people a half a world away. Are you listening, Professor?” 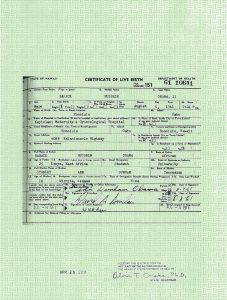 “Yes, and thank you. And I’ll shut off this recorder; I think it’s a good place to stop. It goes on like that for a while, citing ‘Seal Team 6**’ and ‘the murder of Ambassador Chris Stevens, ‘LTC Terry Lakin***’, and ‘WHERE’S THE BIRTH CERTIFICATE?’”

“Well, that was just an eye-opener; so the VA opioid epidemic is but the symptom of the root cause; is that it, Zork?”

“I must say you always provide us with an informative show. It seems that our fellow citizens, the ones who hate the USA, are a part of the problem for our Veterans, along with our very own government welcoming the enemy inside our tent; is that about it? And I see that we’ve run a little over on time and so, on behalf of the crew, I’ll be wishing you all a goodnight: Goodnight.

“Another great show, Zork, and thank you again for exposing the truth. Burger time: my treat.”

[**Seal Team 6: this is what ticked me off more than any other stupidity the Navy has EVER done: It’s when the US Navy gave Osama bin Laden a burial at sea. I would’ve let the dogs eat him. The Navy did a great dishonor for all those who died on 9-11. In plain language it’s a slap in the face of America and for the Captain of the ship to carry out such an order — listen carefully — and is EXACTLY why some officers got fragged in Vietnam. Orders or not, not letting the dogs at Osama bin Laden’s body was a colossal mistake of unimaginable magnitude that gives the enemy an impetus they can certainly do without. It mades us look very bad, which is just another nail in the coffin of our Veterans who commit suicide.]

[***LTC Terry Lakin: So the ONLY question is this: why would Obama be ‘embarrassed’ showing his Birth Certificate? And another nail is hammered into the coffin of a Veteran who commits suicide, and we have the audacity to wonder why: I rest my case. Hypocrisy rules to the detriment of all, not unlike a Buddhist Monk’s self-immolation denouncing what his country, South Vietnam, had become in the year 1963. It’s not out of the question to view what is happening to our Veterans today as what will happen to our country tomorrow (if we continue on the path of self-destruction). This Trump Derangement Syndrome went over the cliff when puppy-petting was viewed as acceptable behavior. And, here it is, another day of 24 straight hours of Trump-bashing from Morning Joe, The View and Rachel Maddow.]

The Provocation of Veteran Suicide (RR) added on Thursday, March 7, 2019