I’m Sorry, but I Don’t Know What to Say Anymore

IS AMERICA SICK BEYOND REPAIR?

by Jerry A. Kane, ©2019, blogging at The Millstone Diaries 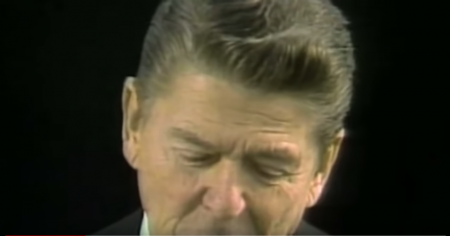 (Mar. 12, 2019) — Several weeks ago I received a letter with an obituary of an acquaintance who had died last December. She’d been “on the wagon” and kept away from the drugs and alcohol by busying herself with church activities and AA meetings.
During those years of sobriety I would speak with her on the phone and would send her money periodically to help with her living expenses. The last time we spoke she was rambling, slurring her words, and dropping hints about needing money.
Somewhere in her disjointed ramblings, she mentioned that she had relapsed and was taking medication to help with her pain and suffering. Before saying goodbye, I told her, “I’m sorry, but I don’t know what to say to you anymore.”
I mention this story in passing because for the last ten years I’ve been doing everything I can think of to convey biblical and political truths to patriots and evangelicals on social media, and I’m sorry, but I don’t know what to say anymore because the truth doesn’t seem to matter to them.
It makes me think of what Paul wrote in his second letter to the Thessalonians regarding the prophesied Second Coming, “God shall send them strong delusion, that they should believe a lie: That they all might be damned who believed not the truth, but had pleasure in unrighteousness” (2:11,12).
America’s patriots and evangelicals live in perilous times where the dawning of each new day is fraught with danger and brings with it an imminent risk of disaster. But rather than having ears for the actual truth itself, they seem to have itching ears for “the truths” they want to hear and with which they agree. They don’t seem to know that they are blind to the truth and being led by blind guides or care that they are being deceived by deceivers.
King Lear’s lament rings just as true for the 21st century as it did for the 17th. ‘Tis the times’ plague, when madmen lead the blind.’
Barack Obama and the Democrat Party have severed America’s ties from her Christian moorings and set her adrift on a sea of hostility, violence, and turmoil.
This nation is now under God’s judgment, and she can’t be saved no matter how many times Donald Trump and his enthusiastic supporters say she will be made “great again.”
The truth be told, when Ronald Reagan died, America’s greatness died with him.
The best lack all conviction, while the worst
Are full of passionate intensity.

2 Responses to "I’m Sorry, but I Don’t Know What to Say Anymore"