(Dec. 15, 2018) — Picture a spaceship, inhabited by aliens — real aliens and not illegal immigrants — whizzing towards Earth at warp speed. The Exalted One, Zyklon, is receiving the annual health report of the planet Earth from Henry, the frog that lives in the pond across the street from Madam Shylock.

We see a bridge like the Starship Enterprise with Zyklon sitting on his throne. To the right is a giant screen and there we see the face of Henry, the secret ambassador to planet Earth, addressing Zyklon.

“O Exalted One, slow down a tad or else you’ll miss my report.”

“Slow it down. Okay, now we’re traveling at sub-warp speed. Do you know you look like a frog? Please look like one of us; think ‘politician’: be whatever you can be that suits you at the time.”

“That better, O Exalted One?”

“What do you say we dispense with the ‘O Exalted One’ and you can call me ‘Zyke.’”

“Right. So do you want the good news first or the bad?”

“Yes way. Listen: there’s this pile of garbage in the middle of the Pacific Ocean that grows exponentially; soon, it will engulf the planet, and then the moon.’

“Of course I’m kidding. I only said that to emphasize the gravity of the situation.”

“So, let me see if I’m understanding this all correctly: Earth has a problem with gravity.”

“Not quite, Zyke, but close. You see, earth is just fine; it’s those earthlings who are out-of-whack.”

“Look, I’ll give you an example: Israel was having a problem with unwanted scum-of-the-earth*, so rather than let the rapes and murders continue, they built a wall to keep the scum out.”

“Well, don’t keep me in suspense: did the wall work?”

“Yes, it did: 100% effective. And then we look at America, which has the scum-of-the-earth sneak across its southern border and they wonder why they have illegal immigrants raping and killing them.”

“You’re kidding. So why don’t they build the wall?”

“Beats me; I’ve been here since the time of Prester John and still can’t figure them out.”

“You ain’t heard nothin’ yet. Then there are lawbreakers who aren’t prosecuted, yet if everyday folk broke those same laws they’d be locked up behind bars.”

“You mean ‘locked in a bar where alcohol is served?’” 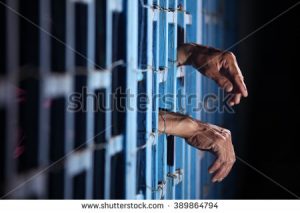 “No, Zyke, locked in a room with bars for a window.”

“Anything more to add?”

“Could use a little more spending money.”

“So can we all. So, Henry, what’s the overall grade of planet Earth?”

“I’d have to give it a ‘C-minus,‘ only because of the open-border idiots in the USA and Europe.”

“That’s mighty big of you, Henry. Well, nice reporting and I’ll have to be scooting away. Ciao.”

“Good report. What do you say we send Henry a female of one of us? I think that would be a great idea. Wasn’t Marilyn Monroe a looker? Well, then, I guess we might as well warp out of here.”

[*scum-of-the-earth: no formal definition required; we all know who we’re talking about.]