“HOW DO COUNTRIES SURVIVE?” 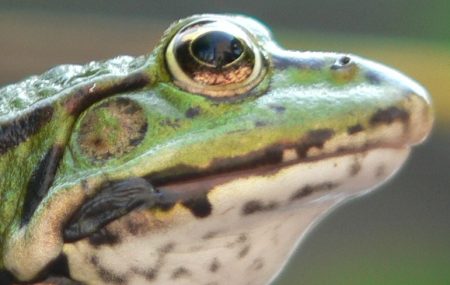 (Apr. 23, 2018) — “Good evening, ladies and gentlemen, and welcome to ‘The Pulse of the Nation,’ the place where inquisitive folk go to get their minds back on track. Hello, I’m Roving and I’ll be your host for this episode of ‘Pulse.’ Today we’re broadcasting from Madam Shylock’s Fortune Telling Emporium in Cassadaga, FL, because of a multitude of inquisitive inquiries about her frog friend who lives in the pond across the street from her. But first let’s break for a commercial.”

“Hello, Madam Shylock, gracious of you to meet with us and, hopefully, answer some of our viewers’ questions about your pet frog.”

“Excuse me, Roving, but Henry isn’t a ‘pet frog.’ Henry just happens to be a direct descendant of Prester John, or King John if you want to get technical. One of my great relatives – not in the Alexandria sense; but rather in the family tree sense – cast a spell on one of Prester John’s sons – turned him into a frog, she did – and he has been passed down from generation to generation, which explains why I have him.”

“Well, yes, but he shows up for lunch and whenever it rains.”

“Let’s just say the frog is just a frog and not some prince from days of old.”

“Look: you came to me, remember? You’re here to ask about the frog and I told you. If you don’t like what I told you, well, that’s just too bad. It’s not my fault you’re so closed-minded not to believe in what you can see right in front of you. You know how you’re acting? You’re acting like some brain-dead Democrat who hates Trump so much that they can’t see that the home improvement stores are crowded every day and not just on Monday mornings.

“You’re acting like you don’t know that the stock market is going up; more people have jobs; fewer people on Food Stamps; America’s trading partners’ tariffs are more equitable to our exports; Obamacare is out-the-window; our military finally have Rules of Engagement that don’t make them sitting ducks; and I can go on ‘til long after the cows are in for the night, the hens have roosted, and the cardinals have all left the feeder*.”

“But you are rude. I ought to turn you into a frog.”

“I thought people were turned into toads.”

“Well, they got it wrong, didn’t they? Ask Henry some questions; go ahead and ask away. Wait. Henry, you’re allowed on the table just this one time, okay? This is for that TV show we always watch, the one with the Talking Dog that you enjoy so much. And this is Mr. Roving, who is going to ask you some questions; is that all right with you? Henry says it’s all right with him.”

“But I don’t understand croak-talk.”

“Henry speaks English, plus about a hundred other languages. Go ahead; put that microphone about an inch away and you’ll hear him just fine.”

“Nobody’s going to believe this.”

“Just do it. Make your questions count; he gets tired rather easily; after all, he’s about 650 years old.”

“Mr. Roving? Can you hear me? Down here, on the table, in the middle of the plate. I get tired rather easily so make your questions count.”

“You’re wasting my time: get on with it.”

“How do countries survive for a millennia, or two or three?”

“Good question, for once. First, they survived by a COMMON LANGUAGE. Second they survived by a common base, meaning they share the belief in something greater than themselves. Some call it destiny: we, as a darn good rule, call it the Ten Commandments. And lastly, they survive by the Golden Rule. At no time in history has a group of people lasted by being complete jerks to one another.

“And I’ll say one more thing: bullies are the biggest cowards on the planet. MS-13 and other gangs and cartels rule by intimidation, fear and by brute force, the same way Islam survives. Those who quit can leave only under the threat of death. Imagine, if it’s at all possible, those same people and that same institution living for the greater good instead of selfish ways to stroke their meaningless and fragile egos. Think of what the human race could accomplish without all the wasted effort and resources dedicated to hate and greed.

“Anyway, that’s what I’ve learned in my 600+ years of living. The English have shot themselves in the foot, as has the rest of the European Union, and we’re following blindly to our doom, unless we deport all who are not with us. Anyway, if you can’t figure that much out you don’t have a chance of ever seeing your country making another 100 years, let alone your first millennia. You MUST deport your Muslims.

“Now I must nap: trying to explain the obvious is very tiring. When will you dumb people get religion off your mind? Even if Islam** were some kind of self-destructive religion, they’re here to kill you by replacing your Constitution with their Sharia Law. Madam Shylock, please carry me to the pond; I’m too exhausted to hop. Thank you. Goodbye, Roving. Remember what I told you.” 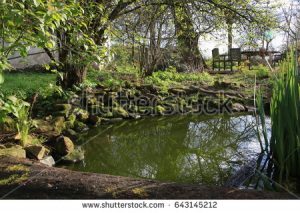 “And there goes Henry, off to the pond. Well, I’ve never talked to a frog before; that was certainly a first. I’m afraid it’s that time, on behalf of the crew, for me to wish you all a goodnight: Goodnight.

“Great show, you have to admit. Imagine, talking to a 600-year-old frog. The things one sees on TV these days tend to leave one speechless, wouldn’t you say?. Too bad Henry and Madam Shylock left; they could’ve joined us for a burger: my treat.”

[*cardinal: first at the feeder at sunrise and the last one to leave at sunset.]

[**Islam: a political model encompassing traits of Socialism; Totalitarianism; and Draculism: the love of rivers of blood for their unending quest to murder all those who don’t share their world view.]