“DRAINING THE SWAMP” OR MORE OF THE SAME? 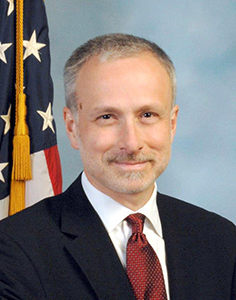 (Dec. 23, 2017) — At 8:10 a.m. EST on Saturday, the three co-anchors at “Fox & Friends” reported information contained in a Politico article which this writer happened to be reading simultaneously stating that FBI Special Counsel James A. Baker is to be “reassigned” within the intelligence agency.

Politico cites a Washington Post article which suggests that Baker’s change in duties within the agency is a result of Trump’s new FBI director, Christopher Wray, making routine personnel changes after taking office in early August.

On Friday, The Post & Email reported, sourced from a Fox News article dated December 22, 2017, that Baker had accompanied Deputy Director Andrew McCabe to a hearing on Capitol Hill Tuesday with the House Permanent Subcommittee on Intelligence (HPSCI) behind closed doors lasting more than seven hours dealing with bias within the FBI and questions surrounding possible conflicts of interest in ongoing “Russia” investigations targeting the 2016 Trump presidential campaign.

McCabe himself is reportedly under investigation for possible violations of the Hatch Act in connection with his wife’s candidacy for a Virginia Senate seat in 2015.

Baker was appointed in 2014 by then-FBI Director James B. Comey, who on Saturday morning tweeted that Baker is “stepping down as FBI General Counsel” but “served our country incredibly well for 25 years & deserves better.”

In early June, Montgomery’s attorney, Larry Klayman, filed a lawsuit naming Comey and other government defendants as having allegedly “obstructed justice” by failing to investigate Montgomery’s claims, which were made in the presence of two FBI agents on December 21, 2015 in exchange for two immunity agreements.

Klayman has stated publicly that his client has possession of information even more shocking than that which was revealed by former NSA contractor Edward Snowden in June 2013 concerning massive government collection of the communications of virtually all Americans without a warrant.

Just as Comey extolled Baker for his public service, Baker has encouraged attorneys graduating from his alma mater, the University of Michigan Law School, to “Go forth and do public service, whatever that means for you. Work for the government, or a nonprofit, or do pro bono … if you are a lawyer, you should try to include public service in some part of your career. You’ll be a better lawyer for it.”

According to Circa in July, Baker was reportedly under investigation “for leaking classified information to the media.”  On that issue, The Post reported on Thursday:

For months, Baker had become caught up in what some law enforcement officials considered a particularly frustrating probe of a leak involving the FBI, the National Security Agency and stories that appeared about a year ago involving surveillance techniques for a particular email provider, according to people familiar with the matter.

Some NSA officials were concerned that too much had been revealed about a classified program in an effort to correct a prior report, these people said.

“Jim was distressed about it but was confident he hadn’t leaked anything’’ and would be cleared, one U.S. official said.

Comey has admitted to leaking at least one “memo” he allegedly wrote memorializing a meeting with Trump to a “friend” with the intent of having the information published in The New York Times and spurring the appointment of a special counsel.

The Politico column begins by stating that “House Republicans are investigating contact between the FBI’s top lawyer and a Mother Jones reporter in the weeks before the left-leaning outlet broke the first news story about the existence of a disputed dossier alleging ties between President Donald Trump and the Kremlin,” citing “two congressional GOP sources who described documents linking the two men.”

The Mother Jones reporter is David Corn, who denies that Baker was a source for his article about the now-infamous Trump “dossier” funded by the DNC and the Hillary Clinton campaign through the mega-law firm Perkins Coie to the political research company FusionGPS.

On or about April 23, 2011, Perkins Coie dispatched Obama’s then-“personal attorney,” Judith Corley, who allegedly obtained two copies of Obama’s “long-form” birth certificate from then-Hawaii Department of Health Director Loretta Fuddy for publication on the White House website, which occurred the morning of April 27, 2011.

In recent interviews, Zullo has pointed out that Corley was acting on behalf of Obama personally when she traveled to Hawaii to retrieve the documents and therefore was not required to turn them over to government archivists for preservation.

It is unknown whether or not the documentation Corley was given was that which was scanned and uploaded to whitehouse.gov and purported to represent Obama’s original birth record showing that he was born August 4, 1961 in Honolulu.

Despite a number of professional analyses which determined that the image was fraudulent within days of its release, the FBI failed to investigate, and Congress shied away from launching its own probe despite communications from possibly tens of thousands of constituents concerned about not only the proffering of a fraudulent government document, but also Obama’s eligibility to hold the office of president.

Instead, in August 2011, Zullo was delegated to perform an initial examination of the image, along with the other members of then-Maricopa County Sheriff Joseph Arpaio’s “Cold Case Posse” with the expectation of “clearing the president.”

To the contrary, Zullo was forced to inform Arpaio that the image was problematic and required further inquiry.

An investigation conducted almost entirely by Zullo on a volunteer basis stretching across more than five years concluded on December 15, 2016 when he revealed at a press conference that two forensic analysts located on two different continents approaching the image from two different disciplines agreed with his conclusion that the image cannot possibly be authentic.

When Obama ascended to the White House in January 2009, now-Special Counsel Robert S. Mueller, III was FBI director. Appointed to the customary ten-year term by then-President George W. Bush just before the 9/11 attacks, Obama asked Mueller to remain in his post until 2013, when Comey was nominated and confirmed to succeed him.

Mueller and Comey previously worked together at the U.S. Justice Department, and many Americans questioned Mueller’s objectivity in conducting his two-pronged “Russia” investigation focusing on whether or not Trump campaign aides “colluded” with the Kremlin to help Trump win the presidency and if Russian operatives interfered in the U.S. electoral process last year.

Over the last several months, Republican House and Senate committee members have become increasingly concerned that bias within the FBI in favor of Hillary Clinton allowed for a flawed investigation of her use of a private email server while she served as Obama’s Secretary of State and overlooked her possible violations of federal law in her handling of classified information as a result.

McCabe was directly involved in those probes. Another FBI Special Agent, Peter Strzok, now reassigned to the Human Resources division after anti-Trump text messages with his mistress came to light by the Inspector General, appears to have been involved in the Clinton probes.  Additionally, Strzok appears to have participated in a discussion with his mistress, Lisa Page, apparently in McCabe’s office, of an “insurance policy” to be enacted to prevent Trump from winning the election, or, if he were to win, from taking office or being allowed to govern following a smooth transition of power.

Comey’s Twitter timeline is replete with quotations on government and liberty by notable historical figures as well as his own assertion on December 3, repeated from June 8, that “The FBI is honest. The FBI is strong. And the FBI is, and always will be, independent.”

Trump fired Comey on May 9, stating that he was “a showboat” and “a grandstander.” During the presidential campaign, Trump touted the mantra of “draining the swamp” in Washington, DC, which has recently been equated by some to “the Deep State.”