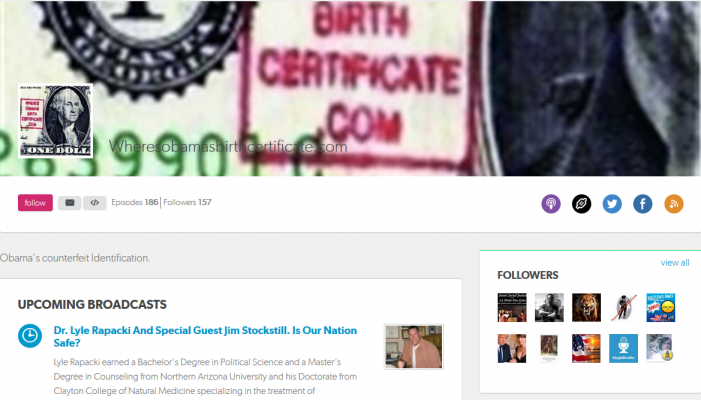 8:00 P.M., MONDAY, OCTOBER 29 by Mike Volin, President, WOBC Radio, ©2018 (Oct. 29, 2018) — Lyle Rapacki earned a Bachelor’s Degree in Political Science and a Master’s Degree in Counseling from Northern Arizona University and his Doctorate from Clayton College of Natural Medicine specializing in the treatment of psychological disorders with natural medicine. He […]

TWA 800: The Crash, the Cover-Up, and the Conspiracy With Jack Cashill

By Sharon Rondeau on Monday, September 24, 2018   National, US Government Corruption 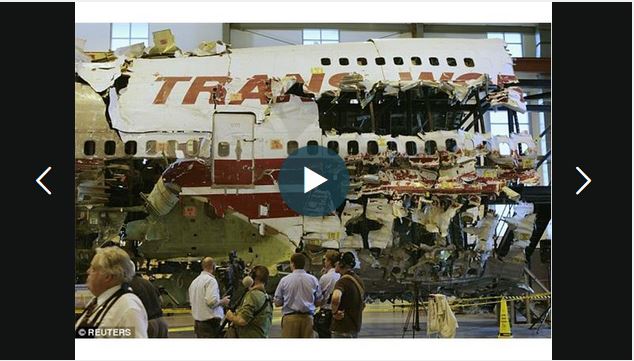 MONDAY, 8:00 P.M. EDT by Mike Volin, President, WOBC Radio, ©2018 (Sep. 24, 2018) — With the continuing exposure of our Deep State Government corruption the cover up of TWA flight 800 has resurfaced. Author, investigator and reporter Jack Cashill who has done extensive research on flight 800 will join us. Jack Cashill  is an independent […]

WOBC Radio: Walter L. Myers, Author Of “To Tame A Tyrant,” Is Our Featured Guest 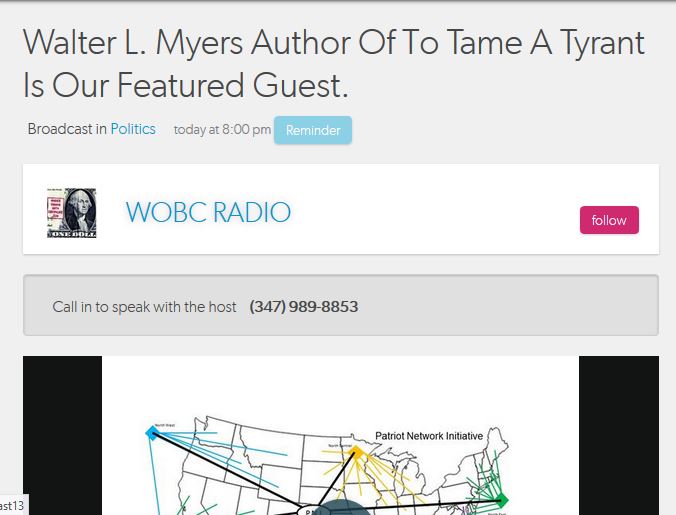 8:00 P.M. EDT MONDAY NIGHT by Mike Volin, President, WOBC Radio, ©2018 (Aug. 27, 2018) — Walter L. Myers will discuss how our Federal Government has transformed from a constitutional republic, incorporating key biblical principles, into a socialist democracy if not a dictatorship. Mr. Myers is a native of Seneca, KS.  He enlisted in U.S. Navy […]

By Sharon Rondeau on Monday, August 20, 2018   National, US Government Corruption 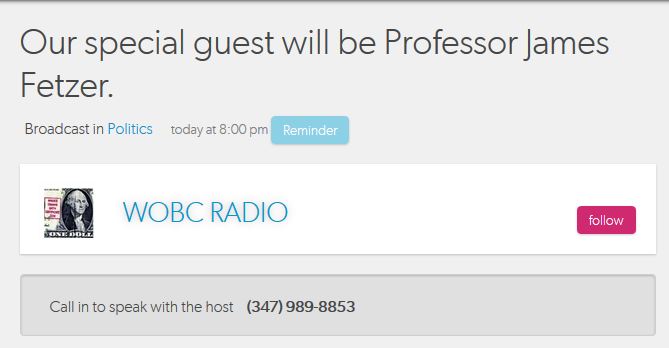 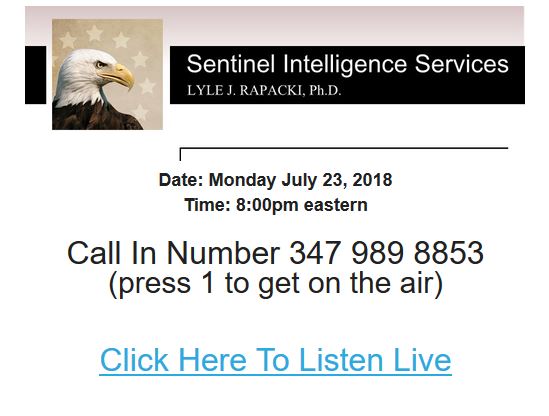 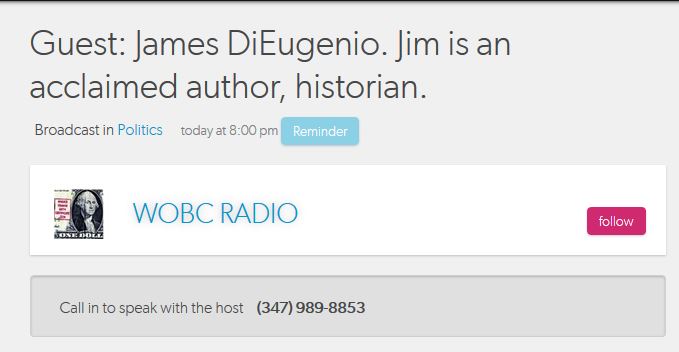 8:00 to 10:00 P.M. EDT by Mike Volin, President, WOBC Radio, ©2018 (May 7, 2018) — Andrea Shea King returns as host.  Guest: James DiEugenio. Jim is an acclaimed author, historian James DiEugenio One of the most respected researchers and writers on the political assassinations of the 1960s, Jim DiEugenio is the author of two […] 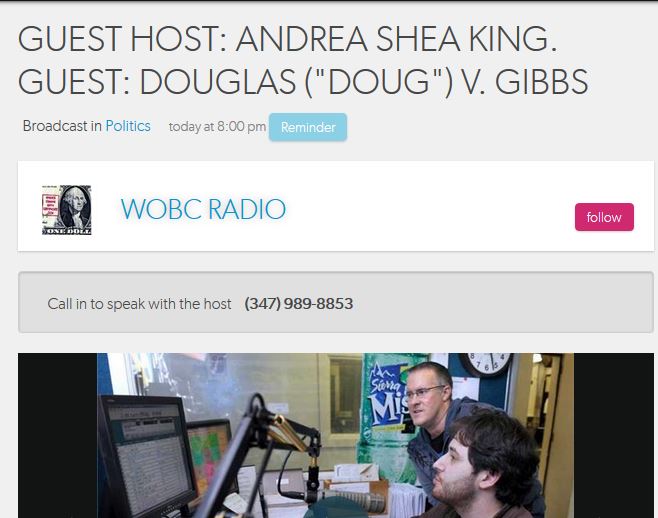 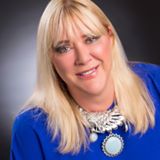 8:00 PM-10:00 PM by Mike Volin, President, WOBC Radio (Apr. 16, 2018) — Bettina Sofia Viviano is a film and television Producer, literary manager and Conservative political activist. Viviano started her career at the prestigious William Morris Agency as an agent trainee. She then went on to become a literary agent at Barrett, Benson, McCartt and […] 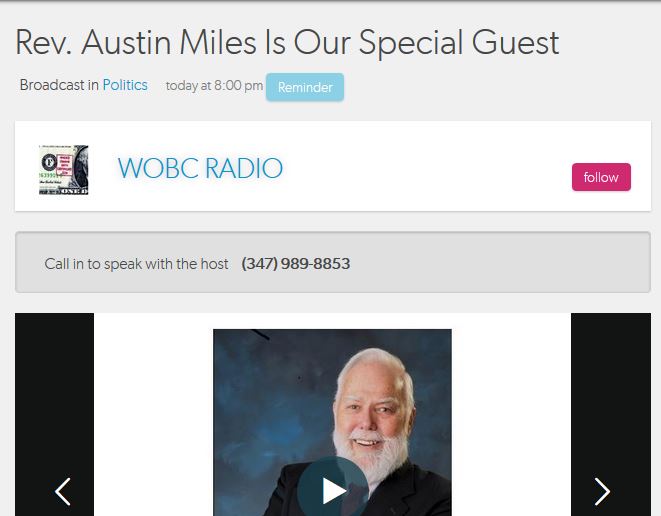 8:00 TO 10:00 P.M. EDT by Mike Volin, President, WOBC Radio (Apr. 2, 2018) — Rev. Austin Miles, a chaplain in Northern California, is a writer and historian. He is the author of “Santa’s Surprising Origins,” a story that received worldwide circulation and resulted in him being cast in the 2004 Hallmark Christmas Movie titled […] 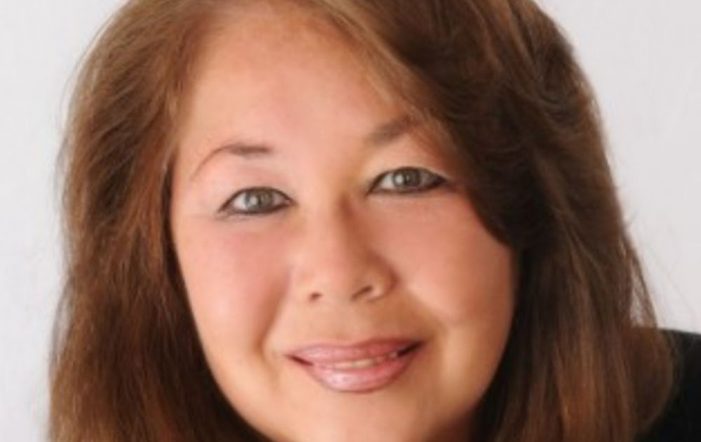 MONDAY NIGHT, 8:00 P.M. EDT by Mike Volin, President, WOBC Radio (Mar. 26, 2018) — Chris Strunk and Miki Booth are going to be talking about the explosive news that the deep state shadow government has been breached and “The Storm” that President Trump has alluded to has begun. Everything is still under the radar as it […] 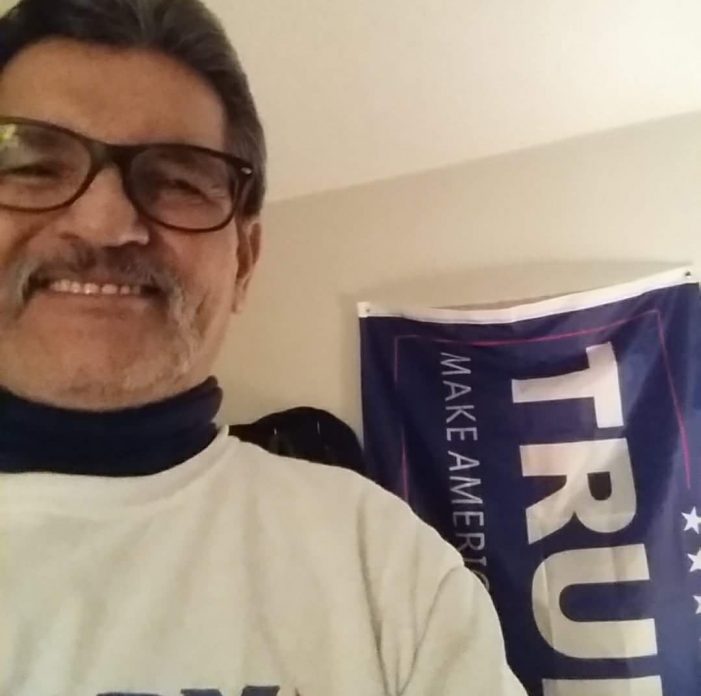 SHOW STARTS AT 8:00 P.M. EDT by Mike Volin, Founder, WOBC & WOBC Radio (Mar. 19, 2018) — Special Guest Joe Sanchez will join the show. Joe can be described as an advocate for our freedom and common sense for our Government. Joe will take your phone calls. Suzy is back and will be co-hosting […] 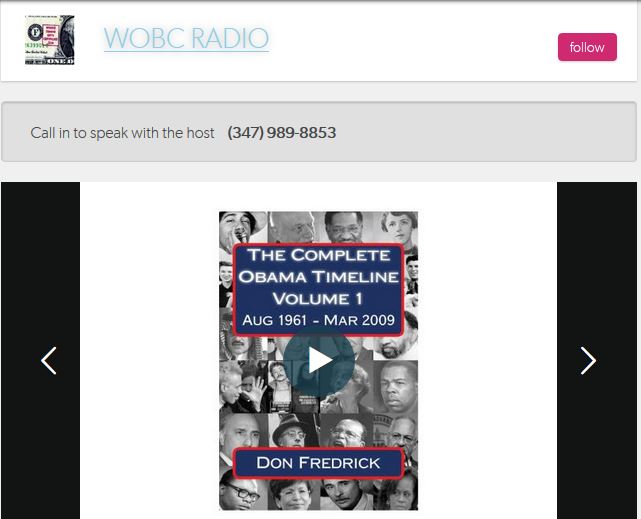 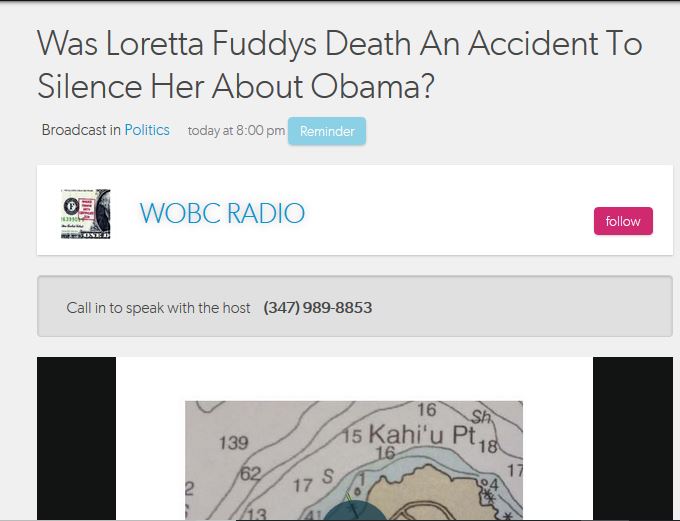 THEN-HDOH DIRECTOR TRAGICALLY DIED FOUR YEARS AGO TODAY by Mike Volin, President, WOBC Radio, ©2017 (Dec. 11, 2017) — Tonight we have on as our guest forensic expert Hugo Feugen. Mr. Feugen has decades of experience in the aviation field and will offer his professional analysis. Is it coincidence that Fuddy was the only person […] 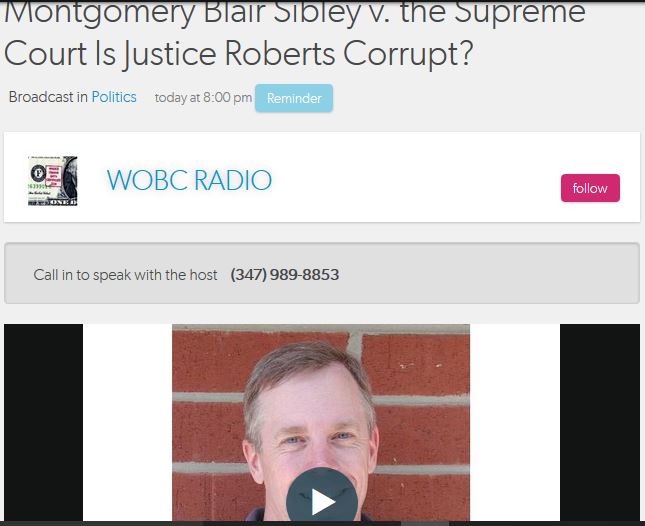 “JUDICIAL TREASON” by Mike Volin, President, WOBC Radio (Oct. 16, 2017) — Montgomery Blair Sibley is probably best known to our audience as the attorney for the D.C. Madam, Deborah Jeane Palfrey, whose clientele included some of the biggest names in Washington. But is, in fact, one of the country’s foremost champions in the fight […] 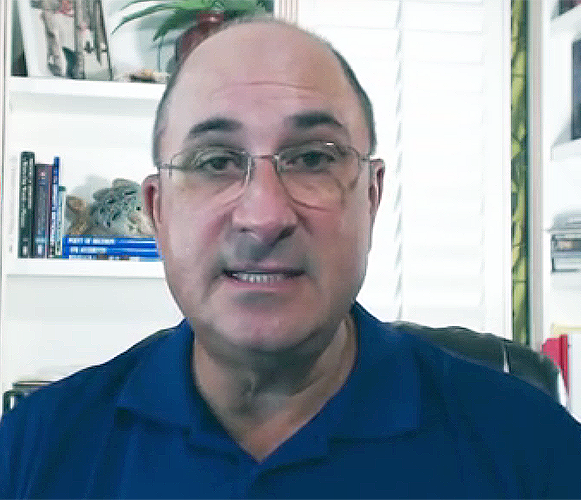