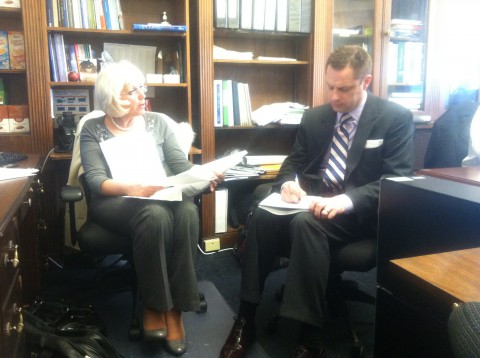 OR BE HELD IN CONTEMPT OF COURT from Atty. Orly Taitz (Mar. 6, 2013) — 14 U.S. Congressman and House Judiciary Committee were served with subpoenas with attached Urgent Demand for Verification to be provided within 2 weeks by March 19th. If they do not comply, they are in contempt of court. Most of the […] 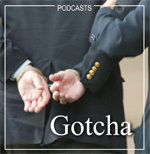 By Sharon Rondeau on Tuesday, January 24, 2012   Letters to the Editor

“THAT HIS SACRIFICE WILL NOT BE IN VAIN” January 24, 2012 Friends & Patriots: A Patriot’s light has been dimmed, yet not extinguished. His deeds inspire us and his challenge shall long outlast the great USURPER, Barry Soetero, AKA Barack Hussein Obama. A true “hero” and dignified gentleman has run his race to the end. […]

OPPOSITION BRIEF LABELS TAITZ  A ” VEXATIOUS PLAINTIFF” by Sharon Rondeau (Jan. 13, 2012) — This evening Orly Taitz reported that after a virtually sleepless night, she and Deputy AG Jill Nagamine appeared in Honolulu District Court today in front of Judge Rhonda Nishimura, at which time Nagamine asked that Taitz be sanctioned for being […]

HEALTH DEPARTMENT APPARENTLY REFUSES ACCESS TO ORIGINAL BIRTH DOCUMENT by Sharon Rondeau (Aug. 8, 2011) — Attorney Orly Taitz has filed an emergency motion in the U.S. District Court in Honolulu, HI to compel the Health Department Director, Loretta Fuddy, to produce the document ordered by subpoena on July 5, 2011. Page 2 of the […]

Hawaii Attorney General’s Office: “There Are No Attorneys Here”

AND THE DIRECTOR OF HEALTH HAS “LEFT THE ISLAND!” by Sharon Rondeau (Jul. 18, 2011) — Dr. Orly Taitz, the attorney who has issued three subpoenas to the Hawaii Department of Health and Attorney General commanding that they make available for inspection the original birth certificate of Barack Hussein Obama II as part of her […]

“THE CASE GOES ON” by Sharon Rondeau (Jun. 3, 2011) — The Post & Email was contacted earlier today by Attorney Orly Taitz, who stated the following regarding her lawsuit, Taitz v. Astrue: The judge did not dismiss my case against the Social Security Administration as the U.S. attorneys wanted, and he therefore ordered that […]