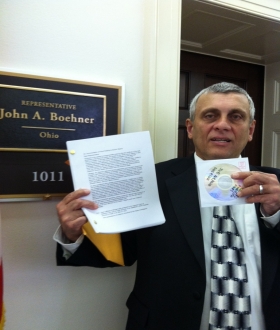 Does Anything Stand if Obama Ran for Office Under a False Identity? (PB)

“TRANSPARENCY” NOWHERE TO BE FOUND by Sharon Rondeau (Jun. 28, 2012) — Why would a candidate for President of the United States seal all of his background, including medical, university, grade school and voting records? Why would a law enforcement agency find probable cause that the image of a birth certificate released to the public […]

THE EXTENT OF THE DECEPTION PERPETRATED BY OBAMA SUPPORTERS IS MINDBOGGLING by Lawrence Sellin, ©2011 (Oct. 22, 2011) — I have received information from multiple sources that Congressional Republicans are fully aware that Barack Hussein Obama is a Constitutionally illegal President and has committed felonies both before and after occupying the Oval Office. Specifically, Obama is […]

Update: Corruption Within the Health Care Industry…Starting in Tennessee

IS THIS HAPPENING IN YOUR STATE? submitted by a Tennessee resident (Jul. 11, 2011) — HCA is a major health-care provider which was founded in Tennessee in 1968 by Dr. Thomas Frist.  The Post & Email has confirmed that former U.S. Senator Bill Frist, who is also a medical doctor, is the grandson of Dr. Thomas […]

30-DAY RESPONSE TIME HAS ELAPSED WITH NO ANSWER by Sharon Rondeau (May 18, 2011) — On May 13, 2011, Atty. Orly Taitz posted on her website that she had filed a request for a default judgment by the United States District Court in Washington, DC in her case against the Social Security Administration and its […]