(Sep. 9, 2020) — Former Shelby County, TN defendant Earley Story has released a recording obtained from the Shelby County Sheriff’s Office (SCSO) which he said depicts the confidential informant in his 1997 case accepting an $850 payment for marijuana from another party who was later said falsely to be Story.

For nearly 23 years, Story has been attempting to clear his name and expunge a felony conviction which has prevented him from securing full-time employment and a host of other benefits enjoyed by Americans without a criminal history.

Story has gained the backing of the National Police Defense Foundation (NPDF), which advocates for current and former law-enforcement officers accused of wrongdoing in their professional capacities.  The organization, founded in 1995 by retired fderal officer Joseph Occhipinti, states, “When the NPDF suspects that an officer is being unjustly prosecuted or has been falsely convicted it will support the efforts of the officer for complete vindication. The NPDF will also consider establishing a legal defense fund wherein 100% of the tax-deductible donations can go to the officer’s defense. The NPDF has been credited for exposing many of these injustices on national news shows, such as 60 Minutes, NBC Dateline, Fox News, and CNN among others.”

Arrested on January 31, 1997 and later fired from his job as an SCSO sergeant working in the county jail, Story’s initial hearing on April 3, 1997 resulted in the late Judge Ann Pugh dismissing the charges for “lack of probable cause.”  However, in August that year, Story was again arrested and charged with three felony counts of selling drugs, with a conviction on one count returned by a jury on December 9, 1997.

Story has since sought to prove his innocence.

While working in the jail in the 1990s, Story said, conditions deteriorated, inmates were abused, medical care was sorely substandard and staffing inadequate, allegations supported by a U.S. Justice Department investigation in 2000 and a 2005 civil lawsuit.  Story felt compelled to inform the Memphis FBI and NAACP of his observations, which he believes initiated retaliation on the part of the SCSO.

As we reported in February 2019, “Story is convinced the allegation and conviction came about as a result of his whistleblowing, major portions of which were confirmed by the U.S. Justice Department in a report directed to then-Memphis Mayor Jim Rout.  The DOJ’s inspections of the facility emanated from a 2005 federal lawsuit [Little v. Shelby County, No. 96-2520 (W.D. Tenn.)] in which the federal judge found Shelby County jail conditions in violation of inmates’ constitutional rights and the county failed to ameliorate the deficiencies.”

In late 2018, Story petitioned the Shelby County Criminal Court to reopen the case based on new evidence he acquired, produced by the SCSO, showing that the confidential informant, Alfredo Shaw, did not make a marijuana purchase on behalf of the SCSO on January 22, 1997, the day on which Story allegedly “sold” the drug to Shaw.

Shaw was a known fugitive from justice when he was recruited to act as a CI, Story has stressed in numerous interviews with The Post & Email over approximately two years.  On the recording, one of the men who Story claims is Shaw can be heard saying, “It’s sweet; it’s sweet…”

Only a small section of the recording was played for the jury at his trial, Story said, and he did not obtain the recording until years later as he continued to press for justice.

Story’s false accusation is closely tied to a case brought against current death-row inmate Tony Carruthers, against whom Shaw testified regarding a triple murder but later recanted.  In late 2017, Carruthers sent Story the SCSO transaction log, having received it from his then-attorney some time before, revealing no drug transaction by Shaw on January 22, 1997.

Responsive to Story’s 2018 writ for coram nobis to present the new evidence, Judge Chris Craft held a number of hearings in 2019 but did not appoint Story an attorney.  An excerpt of the transcript (below) shows Story requesting representation but Craft deeming the appointment of same “illegal.”

Carruthers, too, “was forced to represent himself at a trial in 1994 after he and another man were convicted of killing three people in an illegal drug trade in Memphis,” WREG reported in January of this year.  “A court filing says the trial judge refused to appoint Carruthers an attorney after he ran off about a half-dozen with threats of lack of cooperation,” the article continues.  “Supervisory Assistant Federal Public Defender Kelley Henry wrote a court never weighed in on whether Carruthers’ self-representation was constitutionally adequate.”

The Post & Email has reported extensively on corruption within Tennessee’s court system for more than a decade.

This writer contacted Chism by phone Wednesday afternoon for comment but received no response by press time hours later.

The 1997 recording, with Story’s commentary before and afterward, can be heard here:

Story also had an active case at the U.S. District Court for the Western District of Tennessee from which an attorney representing him withdrew without explanation.

Reviewing the events leading up to his arrest, Story told us on Wednesday:

In 1996, Shaw testified against Tony Carruthers that he committed the three murders.  After he got through testifying in court, the next thing you know, they staged the drug scene with Shaw in it, and I was nowhere around.

Shaw did not testify at my preliminary hearing; they held him back until my trial. I have two recordings from 1999 where he confessed to the frame-up.

I know the voices on there – Alfredo Shaw, the undercover agent, and Dante Dale, who Shaw gave the $850 to, and Alfredo Shaw handling the money.  Somebody called in my name, but it wasn’t me.  Shaw was smoking marijuana on the tape, but he was the fugitive from justice.

For some reason they cannot close this case.  My new evidence that I got from Carruthers that initiated my Writ of Error Coram Nobis was not even submitted to the Tennessee Supreme Court.  First they wanted me to represent myself; Craft would not give me a lawyer, but I started writing the Tennessee Court of Criminal Appeals, and they said Chris Craft was violating my rights.  Then Craft assigned me a lawyer.  Everything I’m sending to you I’m sending to him. 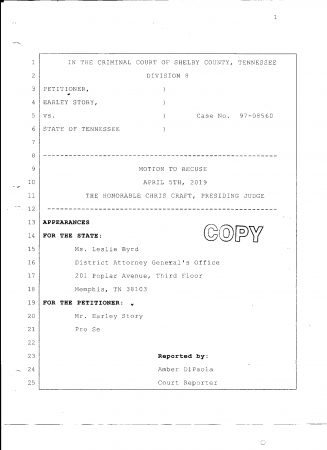 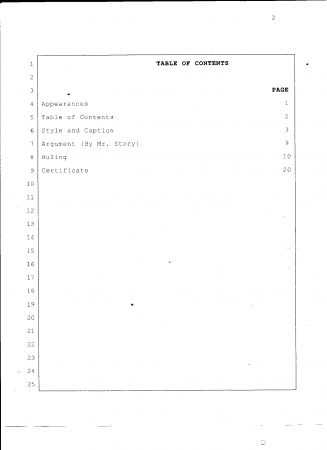 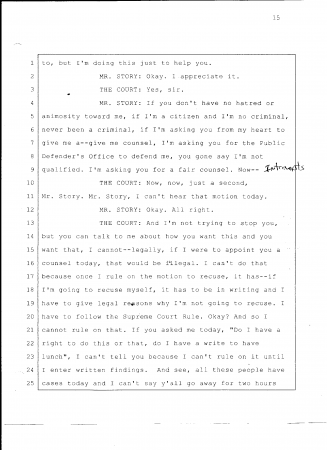 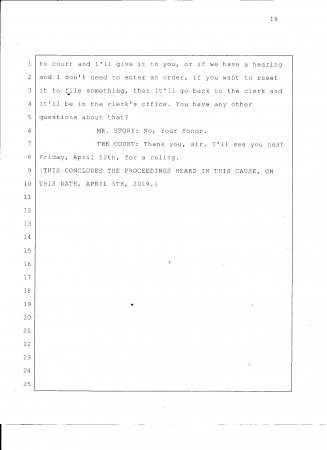 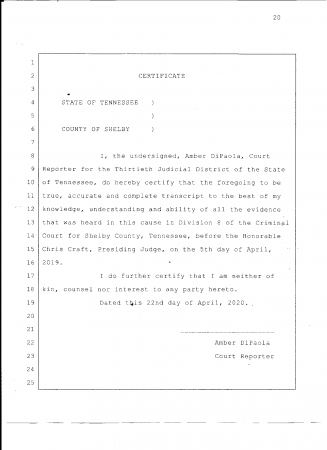 I finally got the transcript where I was telling Judge Craft about Alfredo Shaw when it was my turn to present my case.  He was hostile and called me a liar in court. 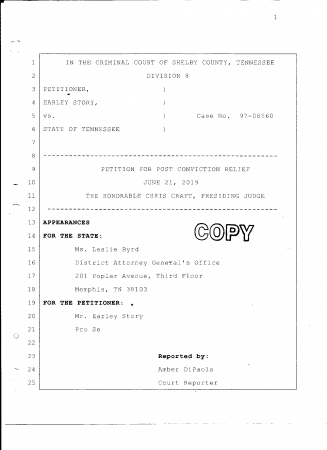 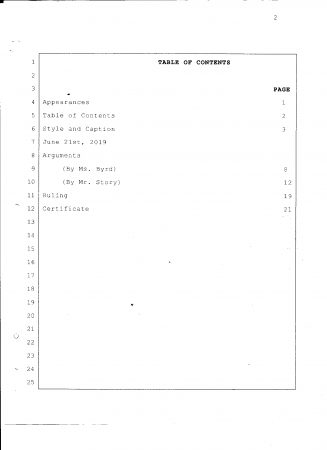 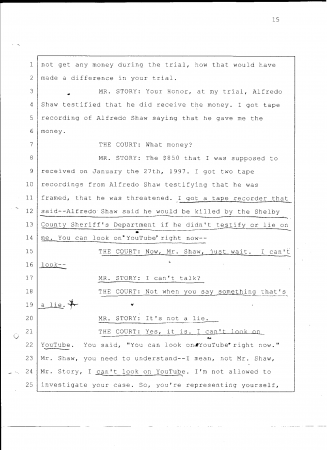 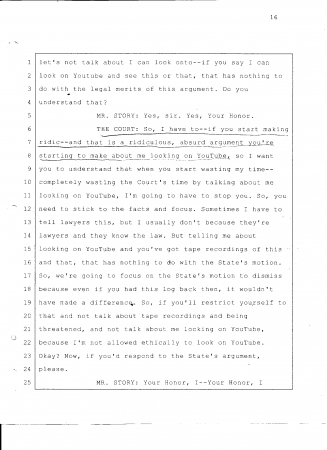 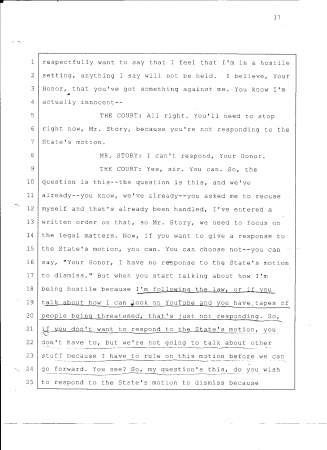 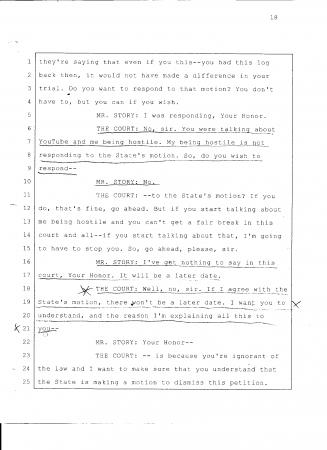 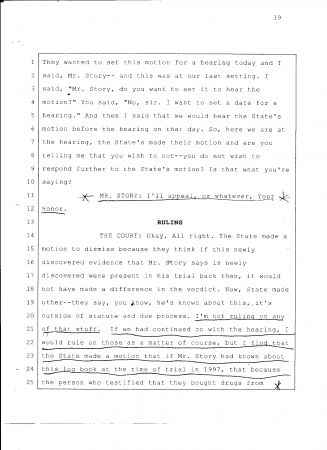 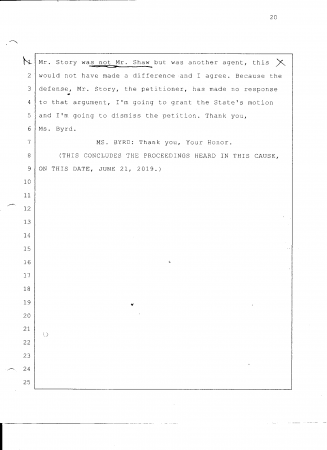 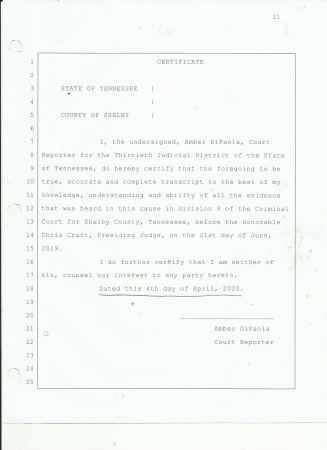 On August 24, 2011, Tennessee’s Administrative Office of the Courts announced:

Craft has served as criminal court judge in the 30th Judicial District since 1994. Prior to his appointment to the bench, Craft served as an assistant district attorney for 12 years, the last three of which he served as senior trial prosecutor in the major violations unit. Since 2001, Craft has served as an adjunct professor at the University of Memphis School of law. Craft is vice president of the Tennessee Judicial Conference and Dean of the Judicial Academy.

Of Alleged Drug Sale Leading to Conviction, Former Defendant Says, “I Was Nowhere Around” added on Wednesday, September 9, 2020

3 Responses to "Of Alleged Drug Sale Leading to Conviction, Former Defendant Says, “I Was Nowhere Around”"