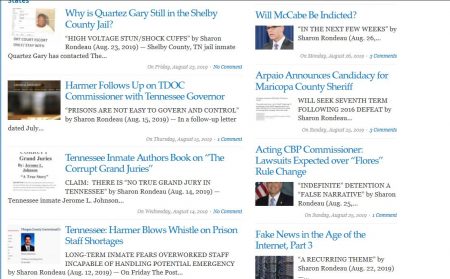 (Aug. 28, 2019) — On August 28, 2009, Mr. John Charlton launched a WordPress blog called “postnemail” focused solely on the questions surrounding Barack Hussein Obama’s presidential eligibility or lack thereof.  The blog instantly became one of the Internet’s “go-to” places for daily commentary on the questions as to whether or not the presidency of the United States had been usurped beginning on November 4, 2008.

Those questions remained unanswered and grew to a fevered pitch after the White House in 2011 released what it said was a PDF of a certified copy of Barack Obama’s “long-form” birth certificate allegedly obtained from the Hawaii Department of Health. The release was made after months of public pressure from none other than current President Donald Trump, who had read credible reports that Obama was born in Kenya, or perhaps Indonesia, rather than in Hawaii, as he claims.

On March 1, 2012, the birth certificate image was declared a “computer-generated forgery” by Maricopa County “Cold Case Posse” lead investigator Mike Zullo, who has since revealed additional evidence associated with the 5+-year probe which concluded in December 2016.

In December 2009, Charlton redesigned the blog into an online newspaper, and The Post & Email was born.  On numerous occasions, hackers attempted to take us down, and a hosting service made it clear that our business was not welcome. We survived the DDOS attacks and the expenses incurred therefrom as a result of strong support from our readership, which has continued to grow exponentially over time.

We continued to research and publish despite death threats and false accusations.  The Post & Email is one of the only websites willing to tackle news that the mainstream media routinely overlooks such as corruption within child-protective services, the Obama birth certificate and eligibility issues, judicial and prosecutorial corruption, and infiltrating Islamic influence in American society.

You can find us on Facebook, Twitter, mewe.com, and USA.life. When it comes to Internet longevity, ten years is a long time, and we have watched many colleagues’ blogs come and go over the years.

Unlike other websites, we do not scrape others’ published material; all of our work is original and unique.  If we do say so, our editorial writers are some of the best based on their professional and life experiences and willingness to share their talents with the world.

To date, we have published over 15,000 original articles and operate 365 days a year. Please help us share our success by forwarding links to our articles to your mailing lists or encouraging your contacts to sign up for our free daily news digest.

For those wishing to support us financially, you can do so here.

8 Responses to "The Post & Email Celebrates its Tenth Anniversary"