“WHAT ARE OUR CHANCES?” 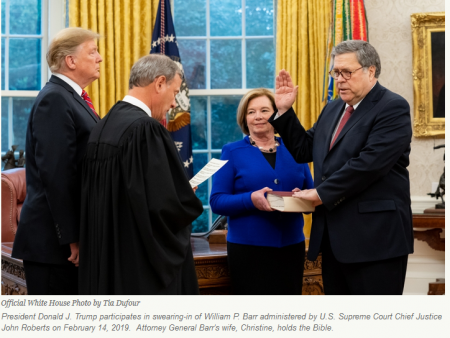 (Jul. 3, 2019) — “Good evening, ladies and gentlemen, and welcome to ‘The Pulse of the Nation,’ an important and informative news program that’s talked about at the water cooler the next day. Hello, my name is Roving, your typical underpaid reporter just doing his best. When I got to the office this morning we received a notice that the carnival was setting up in a suburb a few miles west, so we’re about to visit with Madam Shylock.”

Through the magic of editing, we’ve arrived at the carnival and are knocking on Madam Shylock’s tent flap.

“Welcome, Roving and crew. You got the cash?”

“The exact required amount, thank you. So, so nice to see you and crew. What do you wish to know?”

“If I answer do I get a partial refund?”

“No, that’s not it. I think we all know he’s got it sewed-up; what I want to know is why our Attorney General, William Barr, hasn’t kicked CAIR and the rest of the Muslim Brotherhood out of our country, that’s what I want to know.”

“Well, I’ll tell you. The Deep State gives Trump little wins here and there, enough to make him and the rest of us think he’s on the right path, but it’s all deception, is what it is.”

“I just told you. Look, Trump gets large crowds, hooray for him, but what they don’t show you is the Muslims arriving through the jetways of JFK, LAX and all the others. Think of it as a sleight-of-hand three-card Monte trick. You’re concentrating on one thing while mosques are sprouting up all over the place; whole Somalian villages are uprooted and transplanted to Minnesota or some other brain-dead Democratic State; and the Council on American-Islamic Relations (CAIR) is working overtime to trash the Constitution and shove Sharia Law down our throats.”

“So why hasn’t AG Barr done anything about it?”

“I guess you didn’t read the playbook, did you, Roving?”

“The playbook that our soldiers have been bringing back from Kuwait, Iraqi and Afghanistan, that’s what. They’re not fooled by the ‘hearts and minds’ worthless slogan left over from America’s failed Vietnam fiasco; not fooled one bit, and you shouldn’t be, either.”

“Look, if there’s anything the Jews have taught us it’s this: if someone says they’re going to kill you, believe it. Well, that’s exactly what the Muslims have been saying for the last 1,400 years. Heck, they even wrote it down: ‘Slay the Jew and the Christian wherever Ye may find them.’ First Chapter of the Quran.” 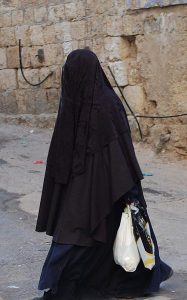 “Why bother when we’re not going to do diddly-squat. Face it, we’re just too stupid. I mean, we still think of Islam as a religion instead of a Totalitarian system of government. So the Muslims will take over and that’s the end of mankind’s experiment in freedom of the individual.”

“But, isn’t there some way to stop it all from happening? Isn’t there a way to save our Republic?”

“Well, yes, there’s an infinitesimal chance, starting with the Pentagon in discharging Muslims from our military; Attorney General Barr outlawing CAIR; the FBI closing down the 22+ Islamovilles; local firefighters burning every mosque; and the Department of Homeland Security running each and every Muslim out of our country. That’s a start, and once that’s accomplished, then we can deport the illegal immigrants, that is, if we want to keep our country.”

“What are our chances?”

“As I said, I have my doubts. Let me ask you this: has Trump pardoned Terry Lakin? Don’t answer: it’s a rhetorical question. Time’s up; nice to have seen you all. Bye.”

“And what a delightful time we also had with you, Madam Shylock. And so, on behalf of the crew, I’ll be wishing you all a goodnight: Goodnight.

“Depressing show, don’t you think? Pardon me? What chance do I think we have? Look, it’s burger time: my treat.”

One Response to "AG William Barr: Do Your Job: Ban CAIR (RR)"