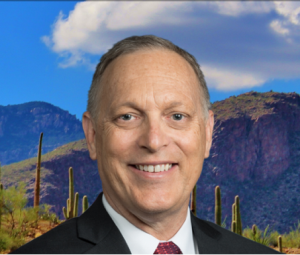 (May 26, 2019) — On the May 26 edition of “Sunday Morning Futures,” guest host Charles Payne asked his first guest, House Judiciary Committee member Rep. Andy Biggs (R-AZ5), what might be expected as a result of President Trump’s authorization to Attorney General William Barr to declassify documents held by various government agencies associated with the Trump-Russia “collusion” investigation.

The 22-month probe led by Special Counsel Robert Mueller was concluded in March with no finding that anyone in the Trump campaign conspired with Russians to affect the outcome of the 2016 election.  The conclusion has led some in Congress to ask the predicate for the FBI’s opening of a counterintelligence investigation into the campaign which was handed to Mueller in May 2017.

Biggs responded that he believes the classified documents will be released in “tranches” and that the investigation Barr said he will conduct of “the investigators” will likely take a “year or so.”  Barr has tasked U.S. Attorney John Durham of the District of Connecticut to conduct the investigation into the origins of the FBI’s 2016 probe.

Some congressional Democrats have criticized Barr’s determination to investigate as well as the more recent announcement of the declassification of documents, claiming the latter will compromise national-security information.  Trump has claimed he is being completely “transparent” in authorizing the documents’ release, which will follow agency reviews in coordination with Barr.

Biggs reminded viewers that U.S. Attorney John Huber of Utah has been investigating aspects of the Russia probe.  Huber was appointed by former Attorney General Jeff Sessions, who submitted his resignation, apparently at Trump’s request, the day after the 2018 midterm elections.

Biggs said currently “there are a whole lot of investigations going on” and that the reason that “police apparatus and our investigations apparatus – the DOJ and FBI” turned their “power and authority for political purposes” must be discovered and made public.

A report from the Justice Department Inspector General, Michael Horowitz, is expected to be released “probably within the next few weeks,” Biggs said, on the topic of “FISA abuse.”  “That will be very enlightening to the American public and I think the Congress as well,” Biggs said.

Beginning in October 2016, the FBI and DOJ obtained a series of FISA warrants on former Trump campaign adviser Carter Page using an unverified “dossier” whose claims remain unverified.  When submitting evidence to the Foreign Intelligence Surveillance Court (FISC), the affiant is required to swear or affirm that it has been “verified.”

A former high-ranking FBI official told congressional investigators behind closed doors that in regard to FISA warrants, “If it’s not justified, the court doesn’t approve it.”

Earlier this month, John Solomon of The Hill exposed that a State Department official was aware that at least some of the dossier’s claims were inaccurate and/or unverified ten days before it was submitted to the court to obtain the first warrant. The documentation was reportedly withheld from congressional investigators until very recently.

Page was never charged with a crime and had formerly assisted the FBI in matters pertaining to Russia, where he lived for several years and conducted business.

From transcripts of closed-door interviews released in recent weeks by House Judiciary Committee ranking member Doug Collins, it appears likely that three other Trump associates were surveilled in 2016:  George Papadopoulos, Lt. Gen. Michael Flynn (Ret), and short-term campaign manager Paul Manafort. Papadopoulos has long made that claim on Twitter in addition to stating that the intelligence agencies of Italy, the UK and Australia worked in coordination with the CIA and FBI to spy on the Trump campaign.

Papadopoulos was living and working overseas in 2016 and was announced as a Trump campaign foreign-policy adviser on March 21 of that year.  By mid-April, a previously-unknown professor, Joseph Mifsud associated with universities in Rome and London was introduced to Papadopoulos; on April 26, 2016, Mifsud reportedly told Papadopoulos that unnamed Russians possessed “dirt” on Hillary Clinton.

Papadopoulos had claimed, and several congressmen have recently confirmed, that “transcripts” of the exchanges between Papadopoulos and a host of individuals described in Papadopoulos’s book, “Deep State Target,” exist and, and in their view, should be publicly released.

Biggs confirmed that Papadopoulos was “investigated by the investigators.”

Looking ahead, Payne asked Biggs, “Is there any chance that when it is all said and done, that we will have new best practices in our government, in our intelligence community, so that perhaps fraudulent documents aren’t able to be used in the future, that there is some reform of the FISA-court system…?”

Biggs responded that “there is supposed to be an independent review of the FISA system to make sure that these abuses don’t happen.  It’s a secret court; that’s part of my problem with it is that it is so secret…”

He said that he envisions that anyone presenting false evidence to the FISA court should be “charged for perjury.”  “I hope those reforms are put in place…” he said.

Not mentioned in the interview was that a 5+-year into the image uploaded to the White House website on April 27, 2011 purported to represent Barack Hussein Obama’s “long-form” birth certificate from the State of Hawaii was found to be a “fraudulent” document by investigators working under the authority of the Maricopa County Sheriff’s office, then led by Sheriff Joseph Arpaio.

Also found fraudulent was Obama’s alleged Selected Service registration form, which was released in at least two different formats to a number of FOIA requesters beginning in late 2008. Neither the FBI, the Justice Department, or Congress has ever investigated the forgeries to the public’s knowledge.

Obama’s constitutional eligibility to serve as president was first questioned in 2007 after he announced his candidacy amid existing online reports from credible sources stating that he was born in Kenya or Indonesia, not Hawaii. He also claims a father who was never a U.S. citizen, and references by Rep. John Bingham and the U.S. Supreme Court affirm that at those points in history, there was “no doubt” that a person born in the United States to two citizen parents was considered a “natural born Citizen,” a term appearing in Article II of the Constitution applying only to the nation’s chief executive.

On his radio show Friday evening, host Carl Gallups told guest and lead birth certificate investigator Mike Zullo that he believes the “birth certificate” issue remains alive and “is tied directly to all of this.”

In November, Zullo reported on the show that a highly-placed Trump administration official or officials had been briefed on the evidence he compiled over the course of the investigation.

Congressman: IG FISA-Abuse Report Will be “Very Enlightening” added on Sunday, May 26, 2019

One Response to "Congressman: IG FISA-Abuse Report Will be “Very Enlightening”"