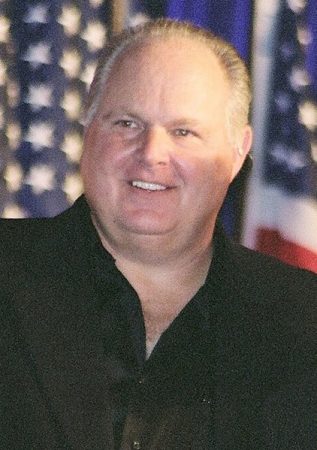 (Jan. 31, 2018) — In his Tuesday broadcast, longtime radio host and commentator Rush Limbaugh presented a hypothetical scenario involving Obama’s “birth certificate” and constitutional eligibility in a comparison to the “Trump dossier” which has been used as the basis of an ongoing federal-level investigation of Donald Trump and his campaign aides’ alleged “collusion” with the Kremlin.

Without expounding, Limbaugh quickly ruled out “all the madcap conspiracy things,” but likened the hypothetical situation to what “the Democrats” have allegedly carried out “for the last year” against Trump.  “Let’s pretend that McCain and some rogue members of the George W. Bush administration, so concerned about the future of the country, have begun an investigation to find out where Obama was really born, and they have learned, they tell us, that he was born in a Muslim country and therefore, he is unqualified to be president…” Limbaugh posited.

Continuing the comparison with current-day events, he further laid out the hypothetical scenario that federal-government employees commissioned “an intelligence agent from the United Kingdom,” used a McCain-connected law firm, and hired “rogue Google employees” to manufacture evidence for a “dossier” alleging that Obama was born in a foreign country and was therefore unable to serve as president.

While not invoking it specifically, Limbaugh was undoubtedly referring to Article II, Section 1, clause 5 of the U.S. Constitution, which requires the president and commander-in-chief to be a “natural born Citizen.” Most Americans interpret the term to mean, at a minimum, “born in the United States.”

He then cited the “unnamed sources” often “quoted” by The New York Times and other mainstream outlets in regard to alleged reports about the Trump administration for the last year or more.

“Can you imagine if that had been tried, if we reverse everything?” Limbaugh asked his audience, becoming animated.  “Take everything we know about the Trump dossier and apply it to Obama — make it 2009 — and the subject, rather than ‘Trump colluded with the Russians,’ that “Obama is not legally entitled to be president because he wasn’t born here, and in fact, he was born – let’s just say ‘Kenya.’  Just make it up!” he said.

He then “imagined” that “McCain and his team” sought out a way to “get it out there” which they “finally find.”

“Then imagine that it was used to go to the FISA court to get a warrant to surveille Barack and Michelle and the kids and the mother-in-law living in the White House…trying to get to the bottom of the story,” he continued, making the comparison to allegations that the Obama regime used the Trump dossier to obtain a warrant to collect the communications of former Trump economic adviser Carter Page and perhaps others.

At 42:40, Limbaugh further outlined that in the fictional depiction, Trump would have been publicly saying that “he’s seen the birth certificate, and Obama is indeed not born in Hawaii.”

“This kind of scenario would not be permitted to go for a full year,” Limbaugh opined, in another allegory with the Trump “collusion” investigation launched by the FBI in 2016 and now led by former FBI Director and now Special Counsel Robert S. Mueller, III.

At 44:12, the verbose host speculated that as a result of his analogy, the “drive-by media” would say that he had “revived” an “age-old hoax” that Obama was “not born in America.”  He did not refer to the real-life, five-year criminal investigation conducted into Obama’s long-form birth certificate and Selective Service registration form, both of which were found to be fraudulent in early March 2012.

The media purposely obscured, ridiculed and marginalized the investigators and anyone asking serious questions about Obama’s eligibility and life narrative.

As revealed at a December 15, 2016 press conference, the analysis of the birth certificate image by two reputable forensic analysts confirmed lead investigator and former detective Mike Zullo’s finding that the PDF file, posted on the White House website on April 27, 2011, is a “computer-generated forgery.”

As with what Limbaugh terms the “drive-by media,” the #1-rated “conservative” radio show host has declined to discuss valid questions arising from thousands of Americans about Obama’s constitutional eligibility given that his life narrative contains a myriad of contradictions, inconsistencies, and claims that Kenya is, in fact, his “home country.”

Other reports have said he was born in Indonesia.

Although the focus of Zullo’s investigation was not Obama’s birthplace, its conclusions have raised the inevitable question of why a forgery of a purported Hawaii birth certificate bearing the name “Barack Hussein Obama II” was uploaded to an official government website and why Hawaii state employees, members of Congress and the FBI would turn a blind eye to it.

According to several recent media reports, a four-page memo written by Republican members of the House Intelligence Committee contains well-sourced evidence that a number of high-ranking officials within the FBI and Justice Department acted out of political motivation to obtain FISA warrants to conduct surveillance on Trump and his campaign associates.

According to The Wall Street Journal on Wednesday, the FBI and Justice Department are urging the White House not to release the memo because of their “grave concerns about material omissions of fact that fundamentally impact the memo’s accuracy.”

Also on Wednesday, CNN reported that the White House is inclined to make the memo public.