“THIS IS JUST THE BEGINNING” 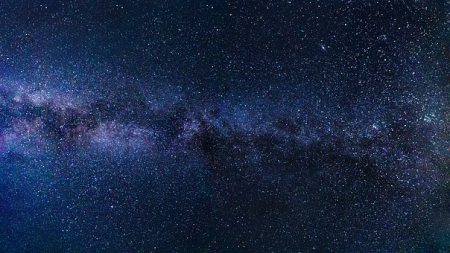 (Dec. 14, 2017) — “Good evening, ladies and gentlemen, and welcome to the ‘Pulse of the Nation,’ the one show on the idiot box that may actually be informative enough for you, the voter, to make the correct choice when you’re in the voting booth. As a public service – which is just another excuse to save money – we are, as of now, no longer broadcasting in Alabama due to a complete waste of time. We strive to comment about the truth of the Swamp and what do they do? Support the Swamp; go figure.

“And speaking of outcomes, just after the polls closed in Alabama, we got a rather cryptic message from Professor Zorkophsky to meet him here at the university’s observatory. Oh, there he is, to your left. Hi, Zork; what’s up?”

“Shh! What, are you crazy? You want people to hear us?”

“Well, yes, after all, that’s the whole point of television with sound.”

“Oh, yeah, right. Goes to show how being in the vortex of the beltway messes with your mind. You wouldn’t believe these idiots; why, all they do is sit around and talk nonsense and then they go to parties at night and do the same thing the next day, year after year. Nothing gets done except they go into office about broke and leave as millionaires; no wonder that they talk about term limits but never act on it. Like they say, ‘We’ll audit the Fed someday,’ but that ‘someday’ never arrives; you ever notice that?”

“All of the time. So what you got for us and why way out here?”

“First of all this is all hush-hush; Top-Extra-Top Secret; for your viewers’ eyes only; no one else is to know. Look, I’ve been around long enough to know that Obots don’t watch your show or read the transcript on The Post & Email News: they’re just too stupid, right? I mean, how dumb do you have to be to have voted for Obama twice and for Hillary?”

“Precisely. Now listen: in the basement of this observatory is a science-fiction experiment that connects to a parallel universe, I kid you not. In this parallel universe we can go to another United States, but one in which OPOVV won the election in 2012. Come with me: I want to show you something. Remember the other day when Chief New Leaf showed his map with all the lights, one light for every terrorist attack on our country? You were there; you broadcasted it.”

“Yes, Chief Leaf had this map all covered in lights and he said, ‘and this is just the beginning,’ or something along those lines.”

“Good for you. Anyway, let’s sneak in to the main control room where I can manipulate these dials – look at the screen — here’s Chief Leaf at the end his speech in the parallel universe, see? And there’s the map.”

“I see it! Well, this is most amazing. I see the map and you say it’s the end of his speech at the church? But there’s not many lights, are there? NYC and Washington, DC, but that’s about it.”

“That’s right; you see, OPOVV was elected president in our parallel universe and he kicked out all the Muslims, DACA and the illegal immigrants so everyone killed since January. 20, 2013, by the scum are still alive in the parallel universe.”

“Still alive, as are all the thousands of other needless victims.”

“So the Americans in this other universe are better off than we are?”

“You wouldn’t believe it. I asked my counterpart if he’d trade places with me and you know what he said?”

“So what are we to glean from this?”

“That our ‘Muslim Problem’ isn’t really a problem at all, that is, if we’d do what needs to be done. It’s beyond obvious unless you accept the London and New York mayors’ defeatist attitude of the ‘new normal.‘ Look, if our parallel universe can do it, why can’t we?”

“Good point. Look, I’d like to stay and learn how this contraption works, but we’ve run out of time. On behalf of the crew, I’ll be wishing you all a goodnight: Goodnight.

“Wow, was that an eye-opener or what? Anyway, it’s burger time: my treat.”