“THAT GIVES US A TWO-PARENT RULE” 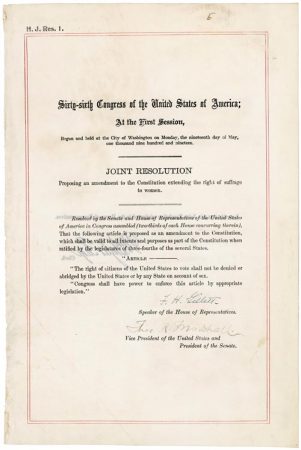 (Apr. 27, 2017) — In an interview on Wednesday evening concerning his Obama eligibility/forgery lawsuit, plaintiff Cody Robert Judy related a new development in which the U.S. Supreme Court has not docketed his request filed for a Writ of Mandamus with Associate Justice Neil Gorsuch some two weeks ago.

The Tenth Circuit Court of Appeals has docketed the courtesy copy of the request Judy sent as shown on the PACER.GOV docket sheet for the case.

Judy believes that by providing the courtesy copy of the Supreme Court filing, the lower court is now acting as a check on the higher court and providing greater transparency to the American public.

He added that it is unusual for a court to fail to notify a petitioner if there is an error or if more information is needed after two weeks have passed, leading Judy to believe that Gorsuch’s clerks have conducted research into the history of his case and may be deliberating it.

Judy speculated that the clerks might have discovered that he was previously denied in forma pauperis status by Associate Justice Sonia Sotomayor, an Obama appointee, which prohibited him from going forward with the case in 2015.

First crafted in July 2014, Judy’s lawsuit alleged that Obama’s lack of constitutional eligibility to seek the presidency harmed his own presidential candidacy and violated the Sherman Anti-Trust and Clayton Acts.  He asked for financial damages from defendants Barack Hussein Obama, aka Barry Soetoro; the Democrat National Committee (DNC); and Organizing for Action (OFA), a political action committee dedicated to carrying out Obama’s national progressive agenda.

At the time of the denial of his in forma pauperis petition by Sotomayor, Judy told The Post & Email that he found it an injustice after having been granted it by the two lower courts from which the case had come. “This shows people just a Real disconnect with Justice that our Country is faced with that qualifies as criminal against the impoverished, disenfranchised, and downtrodden,” Judy wrote about the denial, which was posted without explanation.

In a resolution of protest, Judy wrote on his blog, in part:

WHEREAS : It is the U.S. Federal Law that [Justice For All] shall not be Prohibited from any United States Citizen on account of forma pauperis standing or condition of Poverty

WHEREAS: The Petitioner in the Case was not sanctioned OR dismissed by U.S. SUPREME COURT RULES 39.8

WHEREAS: TWO LOWER Court’s of Law in the Federal District Court (Utah Division) and Federal Tenth Circuit Court of Appeals have undertaken Proceedings GRANTING Cody Robert Judy (CRJ) a 2008,’12, and 2016 Candidate for the Office of President Forma Pauperis Standing in the Calendar Year JULY 2014-15

WHEREAS: Federal Statute honors a GRANTED Forma Pauperis Standing for a Calendar YEAR

WHEREAS: U.S.C. ARTICLE III Sect.I provides Judicial Powers vested in the U.S. Supreme Court and in inferior Courts as the Congress may from time to time ordain and establish.

WHEREAS: U.S.C ARTICLE III Sect. 1 states: The Judges, both of the supreme and inferior Courts, shall hold their Offices during [good Behaviour] and Sect 2 states: Law and Equity, arising under this Constitution, the Laws of the United States to all cases affecting [Citizens] thereof.

WHEREAS: Denial of ACCESS to any Federal Court established under the U.S. Constitution solely on the basis of Poverty can only be contrived as the WORST POSSIBLE CASE of JUSTICE in the United States of America under the banner and [Pledge of Allegiance] in JUSTICE For All constituting BAD BEHAVIOUR

After explaining what he believes to be the significance of the two courts’ respective actions, Judy turned to the topic of the 19th Amendment, which granted American women the right to vote, and what he believes is its intersection with the “natural born Citizen” requirement contained in Article II, Section 1, clause 5 of the U.S. Constitution.

Judy interprets the term of art to mean “Born in the United States to two citizen-parents.” At the time the Constitution was written, women were non-voting citizens. If foreign-born, women adopted the citizenship of their husbands.  Citizenship was therefore transferred to children through the father.

Many scholars, constitutional attorneys and average citizens have debated the meaning of the “natural born Citizen” requirement vigorously since 2007, when Obama announced his presidential candidacy amidst unanswered questions as to whether or not a person with a father who was never a U.S. citizen meets the eligibility criterion.

Without studying the issue deeply, most Americans generally understand the term to mean “born in the U.S.”

Obama claims a birth on August 4, 1961 in Honolulu, HI, but the long-form birth certificate image posted on the White House website exactly six years ago was declared a “computer-generated forgery” by a five-year law enforcement investigation, confirmed by two well-respected forensic analysts.

I think people have been fascinated with my last blog report because nobody has really done a story on the 19th Amendment having anything to do with the two-parent rule in “natural born Citizen.”  All the Obots have always gone past that and won’t recognize the Founding Fathers’ grandfather clause that says “…a Citizen at the time of the Adoption of this Constitution…”  That scares them, because all of a sudden “natural born Citizen” means something different than “Citizen.”

If she couldn’t run for president, because in Minor v. Happersett, it was about the woman who was trying to discuss whether she had the right to vote.  They were trying to establish if she was a citizen or natural born Citizen or what she was.  The other point is that it definitely shows us all that just as representatives, senators and the president have different qualifications, there was a different type of citizen class prior to 1920.  The women might have been citizens, but they were citizens who couldn’t vote.  You might as well have counted the blacks and anyone else who couldn’t vote in that same category of “citizen.”

The really interesting factor is that it progresses the natural born Citizen to a point where in 1920, you actually needed two citizen parents and the soil birth.

Prior to 1920, you could not have had a woman running for president legally because she couldn’t vote.  So everything prior to 1920 was nothing.  You could have said, “Well, you just need your father,” because he was the only one who could vote anyway.

After 1920, there were two people voting from the same child, and if the father was important enough for someone to say, “Your father wasn’t a citizen of the United States at the time of your birth,” when the ladies came in and had to have the right to vote, then they had the same criteria as the men did.  So that gives us a two-parent rule, and it’s progressive from 1920 forward.  No article I’ve read from these constitutional scholars recognizes that argument.  It’s either gone past them or they haven’t thought about it.

18 Responses to "Did the 19th Amendment Create a Two-Parent Citizenship Requirement for natural born Citizens?"