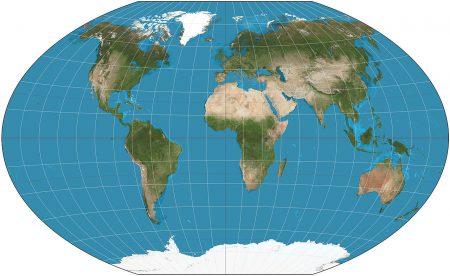 (Apr. 28, 2017) — In a world where there is increasing tension between the globalization of the markets and the self-interest of individual countries, which is bringing out isolationist tendencies in some cases, finding ways for leaders to work together on global issues is a real challenge. At the same time, we are all facing such serious global issues that every individual country faces economic and social issues as a result. These are among the most pressing.

When you think about climate change, you may think of flooding in Bangladesh or the gradual sinking of Tuvalu. The poor suffer first, but this is an issue that will affect everyone, everywhere. The cost of real estate loss, hurricanes, and the impact on energy and clean water prices alone is expected to reach $1.9 trillion per year by the end of the century. It’s this economic pressure that led to the development of the United Nations Framework Convention on Climate Change and the Kyoto Protocol, but much more work is needed to ensure that nations meet their commitments, especially in light of the pressure created by the industrialization of developing nations.

Climate change is one of the pressures contributing to the global refugee crisis, with competition over diminishing resources exacerbated in many places by the rise of divisive ideologies that exploit economic and cultural tensions, reducing international cooperation and sometimes leading to war. The challenge facing leaders of safer countries is cultural and economic, as allowing refugees to work creates political tensions, but denying them that opportunity means having to pay to support unprecedented numbers of economically unproductive individuals. Corporate leaders such as Vangelis Marinakis have stepped into the void to provide meals for the vulnerable and support vaccination programs that reduce the risks associated with poverty.

One consequence of climate change and the mass movement of people is the movement of diseases into unfamiliar areas, while new diseases are developing more rapidly and are more easily able to spread around the world due to air travel. Vaccines are one of our weapons against them, but we also depend heavily on antibiotics, which are losing their efficacy as a result of overuse, especially within the intensive farming industry. The resulting increase in antibiotic-resistant strains of bacteria leaves epidemiologists convinced that it’s only a matter of time until a dangerous pandemic emerges. Nanomedicine and the development of new antimicrobial compounds offer some hope, but at present, these efforts are mostly being led by scientists, and more political input is urgently needed.

Underscoring all these issues is the continuing increase in the world’s population, expected to peak at 8.7 billion in 2055. Demonstrably effective population management approaches such as improving access to contraception, educating women, and providing alternative sources of support to elderly people without descendants to look after them are already making headway. This is one area where cooperation between nations has proved a success, and though it will continue to present problems for the rest of the century, it illustrates that international strategies are achievable in practice as well as in theory.

Solving these problems requires cooperation. Political, corporate, and third-sector leaders can all play their part.