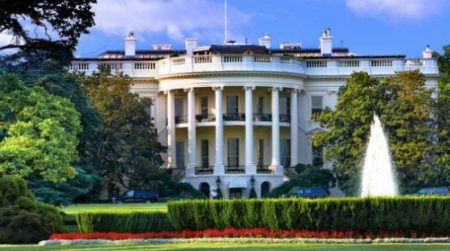 (Oct. 6, 2016) — He must continue to focus on what America wants, needs and what he will boldly provide that Hillary won’t. He should ask what the audience wants and feels. Do Americans feel safer now then they did 8 years ago? Do they feel more secure financially and have the job they want? Do they feel like Obama and Hillary have protected them? Have they defined and taken on ISIS and radical Islam or ignored and empowered them with PC talk while people have died from California to Florida? Do Americans want unvetted Islamic masses being imported throughout America? Hillary proudly plans on this.

Trump must demonstrate as only he can Trump passion, quickness and honesty, but he must stay on point. He should have a quick response ready for the endless tax attacks Hillary will no doubt jump on again. A possible Trump response: “What businessman wouldn’t look at all the legal options lying within the tax code to minimize taxes which are too high for all and must be modified? My choices were creative and legal. Your choices with your pay-to-play foundation appear more than unethical, greedy and dangerous for America. It was obvious that hundreds of millions of dollars came in from all over the world and favors rolled out. It is also obvious that very little that came in helped the needy and hurting with the vast majority going into your and Bill’s pockets. Now, what was that about me not paying taxes?

Trump must remind America about the world view clash between him and Hillary and what that means to American bottom lines.

Trump nation – A nation that will honor Judeo-Christian values, its core Christian spirit and protect freedom of speech

Hillary nation – A nation that is new age, neuters Christianity and will force it to submit in speech and practice to Islam, gay marriage and Government controls.

Trump nation – Will define and expose who the enemy is – radical Islam. Once radical Islamics are exposed in America they will be crushed in every way possible. He will secure and stop all entry points for terrorists and other mystery people determined to use America and break our laws. Trump will build back and equip our military, defending and caring for our vets.

Hillary nation – Will not define or expose the enemy in speech or action. Will continue to give the Islamic enemy deadly arms and import them unvetted into America to kill more Americans. Any Americans who disagree and dare to speak up in print, media or radio will be accused, fined or arrested for a hybrid version of hate speech and racism.

Many thousands of Americans will die as Hillary strangles Christianity and Christians while elevating a melding of New Age Internationalism and Islam.

Trump nation – Will bring industries and jobs home through a significant cut in regulations and high taxation which caused them to run in the first place. He will build up and create energy independence with all kinds of energy, including oil and coal. This will create thousands more career track jobs. Trump will give the masses and businesses a major tax cut to fuel hiring, development and spending.

Hillary nation – Will punish the wealthy and business employers with a drastically high tax increase. Once the hurting masses realize the increase in taxes are everywhere, they will then find themselves facing a massive increase in death and estate tax. Big Government is God so the masses are to bow down and pay more of what they earn.

Trump nation – Trump has always hired women, minorities, gays and straights – essentially, people who could do the work. He believes rights come inherently from God and our Constitution, not the cult of personality or Government. Freedom for work and speech is protected accordingly no matter if you are Black, white, Christian or not, conservative or liberal.

Hillary nation – Hillary will continue using all needy groups as useful pawns and fools to get her money and votes. If not needed, they can all go to hell and get off her boat. In truth, Hillary has always been a crusader for only her power and greed.

Mike Pence gave Trump a huge jolt forward when he creamed Tim Kaine in the VP debate and kept his composure in the face of 72 interruptions and smears. Now Trump must just trust himself and be himself, well researched and ready to stay on point. If Hillary is anything at all like her hand-picked and loser VP Kaine, she will do herself in just fine.

Trump Will Win Debate 2 and 3, Then Take the White House added on Thursday, October 6, 2016

3 Responses to "Trump Will Win Debate 2 and 3, Then Take the White House"