(Nov. 7, 2011) — A visitor who spoke with Walter Francis Fitzpatrick, III on November 6 for about 30 minutes via the jail telephone has told The Post & Email that the jail’s kitchen is “infested” with rats and the women prisoners are on the verge of mutiny because of it.

Fitzpatrick was arrested on September 23, 2011, following a sentencing hearing in front of Judge Donald Paul Harris, who lied on court-issued documents concerning another defendant, Carl Swensson of Georgia.

Fitzpatrick had brought a criminal complaint for treason against Barack Hussein Obama II to the Monroe County, TN grand jury after a federal judge, Royce Lamberth, had filed the complaint but refused to act on it.  Following obstruction and delays in securing a hearing before the local grand jury, Fitzpatrick discovered that the foreman, Gary Pettway, had not only been acting as foreman for more than two decades, but had also never been sworn in or properly appointed.

Corruption throughout the state of Tennessee has been exposed by various individuals, and The Post & Email will be speaking with witnesses of other crimes in Monroe and Williamson Counties during the coming week.

The visitor stated that Fitzpatrick “looks very good.”  The photo taken today appears to show dramatic weight loss as compared to a photo taken at the time of his incarceration in the Monroe County jail on October 27, 2010.  At that time, he was badly beaten and had been tasered repeatedly. After his release from jail on December 30, 2010, Fitzpatrick said, “I haven’t weighed this little since high school.”

The local FBI office has refused to take any action against the police brutality, judicial corruption and perjury, and doctoring of court transcripts which has been reported to them on numerous occasions, in violation of their oath to uphold the U.S. Constitution.  The Post & Email has been told that employees at the Knoxville FBI read its publication regularly, and when this editor has called them to report judicial corruption, often the person answering the phone is acquainted with her identity.

The FBI cannot say it “didn’t know.”  Fitzpatrick expressed his opinion to the visitor that “Sheriff Bill Bivens and the FBI are in the same pocket.”

We know that mail has been withheld from Fitzpatrick, and, in some cases, returned to the sender without explanation, even when the address was correct.

The visitor stated in regard to jail conditions that “overcrowding is so bad that they’re using the dayroom to sleep at night, with no access to a bathroom.”  Fitzpatrick had reported the same conditions last year, including the leaking of raw sewage onto the dayroom floor where the inmates slept.

The Post & Email can confirm that an inspector who issued a report on the Monroe County jail last winter stated that he identified overcrowding as a problem.  We are in the process of obtaining a copy of the report and were told that individual inspectors cannot take action on complaints received about jail conditions until the next scheduled or unscheduled inspection takes place.  The inspector would not answer any of our questions until speaking with his supervisor, Ms. Beth Ashe, “especially if you’re in the media.”

In the course of our investigation into the reported conditions in the jail, we were told that a previous media contact, Ms. Peggy Sawyer, has retired and not been replaced.

Overcrowding has been reported in other Tennessee jails, and it is one of the grand jury’s duties to inspect the jail which often becomes home to those they have indicted for probable cause.

Fitzpatrick communicated to the visitor that Lt. Col. Terry Lakin’s book, Officer’s Oath, will be published in the near future and urged people to buy and read it.  Lakin had been sent to Ft. Leavenworth prison for questioning the eligibility of Barack Hussein Obama to serve as president despite the evidence of Obama’s foreign father and possible overseas birth.  The U.S. Constitution states in Article II, Section 1, clause 5 that the president must be a “natural born Citizen.”

The visitor reported that Fitzpatrick is in a cell with “seven or so others.”  Since his incarceration on September 23, solitary confinement has been reported and described as “cruel and unusual punishment,” which is prohibited by Article I, Section 16 of the Tennessee constitution and Eighth Amendment to the U.S. Constitution.

Corruption within the Monroe County Court Clerk’s office and the Tennessee Supreme Court for ignoring a habeas corpus petition filed on Fitzpatrick’s behalf has been reported within the last few days to The Post & Email, and federal charges are expected to be lodged if Fitzpatrick is not released within the next three days. 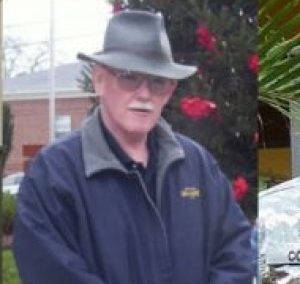 Fitzpatrick reported to the visitor that Trent Prock, the former chief jailer at the Monroe County jail, had applied for and been accepted for a position within the U.S. Marshals’ Service but had “washed out within two days.”  Prock reportedly attempted to secure his previous position with the jail but was apparently turned away and is now reportedly unemployed.  The Post & Email had spoken with Prock once when he claimed that a Monroe County sheriff’s deputy had left a business card at Fitzpatrick’s residence when it had actually been a scrap of paper which ended up on Fitzpatrick’s front lawn.

The Post & Email inquired about George Raudenbush, who was convicted on numerous charges and sentenced to seven years in prison on alleged, but unproven, allegations, has apparently been moved to another facility after sharing the same cell as Fitzpatrick for a short time.

The visitor told The Post & Email that Walt had stated that “the jailers are treating him very respectfully” and “doing the best they can under the conditions.”

Fitzpatrick expects to be released on December 3, 2011.  He served in the U.S. Navy for 20 years and holds B.S. and M.A. degrees in Naval Science and Technology Management, respectively.  Originally from California, Fitzpatrick relocated to Monroe County, TN several years ago to assist a young soldier, Ray Girouard, after he was court-martialed for negligent homicide but later exonerated of all charges after spending approximately 18 months in prison.

Is this the way America should be treating her warriors?