CORRECTIONS?  ACCURATE OR NOT? 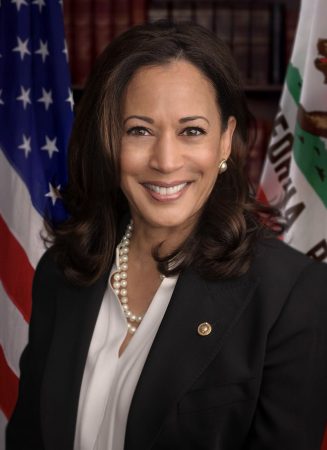 (Sep. 5, 2020) — The Post & Email has discovered that at some point in the last six weeks, Wikipedia has altered details about vice-presidential candidate Kamala Harris’s life narrative.

Instead of “1960,” which was stated as recently as July 23, 2020, Wikipedia now reports that Harris’s mother, who emigrated from India to the United States to pursue higher education, arrived in 1958.

Another detail of Harrison’s childhood encompassing a move to Canada, where she and her younger sister spent their formative years, is changed to say that rather than relocating at the age of seven, Kamala was “twelve” at the time.

According to the Canadian Broadcasting Company (CBC), Kamala “attended high school in Montreal” “from Grade 7 to Grade 11.”  However, Wikipedia states she graduated from Westmount in 1981.  The Canadian education system is similar to that of the U.S., with a “K-12” curriculum.

“Harris attended a French-speaking primary school, Notre-Dame-des-Neiges,[30] and then Westmount High School in Westmount, Quebec, graduating in 1981.[31]” Wikipedia reports as of September 5, 2020, citing the CBC article, which does not say Harris graduated from Westmount.

The Wikipedia alterations are traced to a six-week time frame based on the aforementioned July 23, 2020 blog post by CDR Charles F. Kerchner, Jr. (Ret) and replicated at The Post & Email, in which Kerchner correctly sourced his statement that Harris’s mother arrived in the United States in 1960 to Wikipedia.

That section of Harris’s biography now states, “Harris was born on October 20, 1964, in Oakland, California.[12] Her mother, Shyamala Gopalan, a biologist whose work on the progesterone receptor gene stimulated work in breast cancer research,[13] had arrived in the U.S. from India in 1958 as a 19-year-old graduate student in nutrition and endocrinology at the University of California, Berkeley;[14][15] Gopalan received her PhD in 1964.[16] Her father, Donald J. Harris, is a Stanford University professor emeritus of economics, who arrived in the U.S. from British Jamaica in 1961 for graduate study at UC Berkeley, receiving a PhD in economics in 1966.[17][18]“

In its own January 22, 2019 article published the day after Harris announced her 2020 presidential bid, The Post & Email wrote, “As with her Senate website, her new campaign website omits any reference to her education prior to college.  As The Post & Email has reported, Wikipedia states that Harris was born in Oakland, CA on October 20, 1964 and moved with her mother and sister to Canada at the age of seven following her parents’ divorce.  According to the entry, Harris attended and graduated from Westmount High School in Westmount, Montréal, Québec.”

In an August 11, 2020 article, the BBC reported that Harris’s parents “separated when Ms Harris was five.”

Harris’s claim that her mother emigrated in the United States at the age of 20 differs slightly from Wikipedia’s account of the life of Shyamala Gopalan, which states Gopalan was 19 when she arrived.

As to Harris’s move to Canada, Wikipedia cites a 2009 SFGate interview in which Harris stated she grew up “in Berkeley and in Oakland and in Montreal” but did not state her age at the time of her family’s relocation to Montréal.

Interestingly, Harris’s autobiography, “The Truths We Hold:  An American Journey,” released on January 8, 2019 and reportedly a New York Times bestseller, states she “was raised in an Oakland, California community…”

Berkeley and Oakland are bordering cities in central-west California near San Francisco.

The introduction to the book has been updated to reflect Biden’s nomination of Harris as his running mate.

An excerpt describes Harris’s nine-year-old godson’s alleged dismay as the results of the presidential election were announced state by state on the evening of November 8, 2016.  “In the years since,” Harris wrote, “we’ve seen an administration align itself with white supremacists at home and cozy up to dictators abroad; rip babies from their mothers’ arms in grotesque violation of their human rights; give corporations and the wealthy huge tax cuts while ignoring the middle class; derail our fight against climate change; sabotage health care and imperil a woman’s right to control her own body; all while lashing out at seemingly everything and everyone, including the very idea of a free and independent press.”

In a 2009 interview with a South-Asian-interest outlet (now defunct), Harris held up India, the country of her mother’s origin, as “a model” for the United States system of governance.

As of this writing, Wikipedia reports that after her mother’s death, Kamala “carried her ashes to Chennai on the southeastern coast of peninsular India and scattered them in the Indian Ocean waters.[10]“