(Dec. 3, 2019) — OK, as the Volksgerichtshof continues to metastasize on Capitol Hill, this time “shifting” – à la WWF tag-team – to the House Judiciary Committee and Jerrold (“No-Neck”) Nadler, it is time to microwave some more popcorn.  Despite the persistent but false reassurances from the Democrats’ propaganda operatives at CNN, MSNBC, CBS, ABC and NBC – and not to mention at the Gray Trollop and Washington (“this-is-way-worse-than-Watergate”) Post – instead of producing a single scintilla of probative evidence of anything supporting the impeachment of Donald Trump, the “Schiff Flop” is now blossoming into the “Nadler Nothingburger.”

The list of Nadler’s initial witnesses was revealed on Monday, Dec. 2, 2019, barely two days before the hearings were scheduled to begin.  The first four witnesses – Noah Feldman, Pamela Karlan, Michael Gerhardt and, oddly but interestingly, Jonathan Turley – are all law professors and constitutional “experts.”  It is rumored that their testimony will not address the factual elements of the July 25, 2019 “quid pro quo/bribery” phone call between President Trump and Ukranian President Zelensky.  Instead, it is anticipated that they will address the historical and constitutional standards for determining what constitutes “treason,” “bribery” or “other high crimes and misdemeanors” as the Founders intended.  Turley thinks the Democrats’ impeachment gambit is doomed.

With the exception of Professor Turley, it is expected that the other three “experts” will conclude… hang on to your hats… that grounds exist to impeach President Trump in the House and forward the matter to the Senate for his removal.   Memo to Nadler: you feckless D’s might get to first base, but you will be thrown out at second…, and it won’t even be a close call. 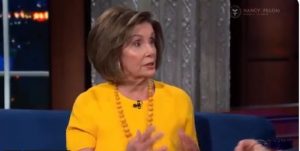 In addition, if the rumors are true, the bulk of the Nadler phase – at least as to three of the four initial witnesses – would seem to promise little more than a discussion of intellectual goo concocted to “prove” that, whatever the Founders meant when they fashioned the criteria for impeachment, President Trump has violated those criteria.  One is reminded of the new, plant-based “no meat” hamburgers being marketed by Burger King… which, BTW, are in your humble carnivore servant’s opinion actually not all that bad.  Much better than the nothingburger sous chef Nadler (Executive Chef Pelosi reigning over the House kitchen/mess hall) will be serving up to the electorate.

While it may be premature to suggest that the House of Representatives – after recovering from its collective laughter over the Schiff Circus and the boredom of the upcoming Nadler Yawn – may not even take a vote on articles of impeachment (Chef Pelosi making that call), it is not premature to ask: what might be next?  With the virtual lead-pipe certainty of the Senate refusing to convict even if the House voted out a bill of impeachment, the Democrat leadership in the Congress will simply turn to another tactic.  After all, impeaching President Trump simply gets them President Pence, sooooo…, what might that different gimmick be?  Hmmmm….

Wait… wait… why not fall back on a tried-and-true mechanism: voter fraud?  Sure, why not?  That could be just the ticket, but this time, on a far greater scale than ever attempted before.  This would have to be the ultimate “insurance policy.”  Consider that if the popular vote in the 2020 general election in “swing” states could be manipulated “just enough” to ensure the capture of that jurisdiction’s electoral votes, President Trump could be defeated no matter who the Democrat candidate was.  After all, if enough red or purple swing states could be identified where the 2016 popular vote was close enough such that in 2020, sufficient fraudulent votes could be stealthily injected into the count, that could be just the “bump” needed to make a difference.

Moreover, if those swing states had election officials who were loyal “Orange-Man-must-be-defeated-no-matter-what” Democrats, the likelihood of them remaining “unaware” of or “uncaring” as to fraudulent votes might be elevated.  And that fraudulent votes could become the next weapon of choice for the Democrats – all of their other efforts falling flat – is only underscored by developments like this addressing New York’s “Green Light” law for illegal aliens.  As Rensselaer County New York Republican County Clerk Frank Merola observes, the state’s “Green Light” law allowing acknowledged illegal aliens to obtain New York driver’s licenses “is more about voting than it is about driving.” 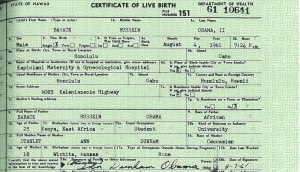 Short tutorial: in order to cast a vote for president of the United States, one must be a citizen of the United States.  See 18 U.S.C. § 611(a).  In this regard, one of the most frequently used documents to provide prima facie “proof” of one’s “citizenship” is a driver’s license.  That is because in most jurisdictions, in order to get a driver’s license in the first place, one must provide an original, certified copy of one’s birth certificate…, unless, of course, one is the Second Usurper of the United States of America.  BTW, and just as an aside, while we have all seen videos of Barack Hussein Obama, Jr. driving a golf cart (off highway) or riding a bicycle…, has anyone ever seen him driving a car?  Does he even have a driver’s license?

But I digress.  As long as one presents a valid (i.e., non-fraudulent) driver’s license at the polling place, identifying himself/herself as claimed, and appears on the rolls as having registered to vote (frequently when simultaneously applying for a driver’s license under many states’ “motor-voter” registration laws), ninety-nine times out of one hundred, the person will be allowed to cast a ballot, oftentimes without it being questioned or isolated as a “provisional” one.

Thus, the potential exists – admittedly, a long shot, but that has never stopped looney Democrats in the past – for thousands if not scores of thousands of illegal aliens, armed with driver’s licenses purporting to prove they are “citizens” not disqualified by the restrictions of 18 U.S.C. § 611(a), to vote in “swing states” and tilting the electoral vote “just enough” to shift the state from red or purple to navy blue.  Voilà!   The Democrat gets 270+ electoral votes and President Trump is toast.

Memo to faithful P&E readers: if you think the potential for the Democrat apparatus, aided and abetted by sympathetic Deep State actors flirting with sedition, to carry out such a proposed assault on President Trump is tinfoil hat material…, think again.  To the Democrats, desperate times call for desperate measures, and the times for them are getting more desperate with each passing day.  Think “insurance policy.”  Accordingly, faithful reader, consider asking your secretary of state and/or county or parish election official what he/she is doing to ensure that people who show up to vote on November 3, 2020 are not in violation of 18 U.S.C. § 611(a).  Eight to five odds says most will respond: “Huh?”  Sad.

When Impeachment Fails, Can Voter Fraud Be Far Behind? added on Tuesday, December 3, 2019

7 Responses to "When Impeachment Fails, Can Voter Fraud Be Far Behind?"