The Stupid Impeachment Charade, or “Do the Math” 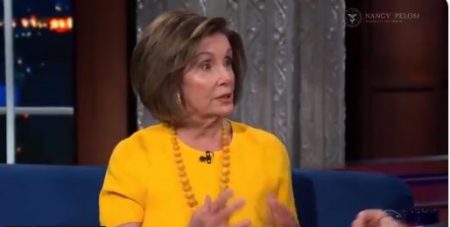 (Nov. 5, 2019) — Well, the idiotic impeachment train seems ready to leave the station, heading toward a spectacular wreck in a few months.  With the bug-eyed (not to mention insect-brained) Adam Schiff engineering the locomotive, a blind Martian could see that the only outcome awaiting the House Democrats is disaster.  The far-left radical liberals and socialists who have abducted the Democrat Party are in for a rude awakening.  Good.  Well-deserved and long overdue.

Remember, even assuming that the House were to vote out a bill of impeachment, there is zero… repeat, zero chance that the Senate will convict.  All of the mainstream media hype about GOP “defections” and polls purporting to “confirm” that public opinion is turning against President Trump is… wait for it… wait for it… a propaganda mirage.  The term “lie” also comes to mind.

Recall that the Founders wisely required a two-thirds supermajority of “… the members present…” in order to convict and remove a duly-elected president.  That means, of course, that if all senators were present for the vote, 67 senators would need to vote in favor of conviction.  There are at present 47 Democrats, including two “Independents” (King and Sanders) who caucus with the Democrats in the Senate, leaving 53 Republican senators.  Assuming every single Democrat voted to convict on the impeachment – including “Red State” Democrats – there would still need to be twenty (20) Republican senators breaking ranks and joining the Democrats to achieve conviction.

If the Senate still had 20 members like Jeff Flake or John McCain, the vote might be closer.  But the likelihood of the faux-outrage, phantom “Ukraine-Biden phone call” nonsense providing a basis for even one or two – let alone 20 – GOP senators voting to oust the man who saved the Nation from a malignant Hillary Clinton regime is – to vastly understate the matter – unlikely.  Factor in that the next president will likely have one or more additional U.S. Supreme Court appointments – not to mention scores of additional federal judge nominations – and the likelihood of a mass GOP senatorial defection to vote in favor of President Trump’s ouster becomes even more remote.

Moreover, as for the “members present” qualification, even if the Democrats outright kidnapped enough GOP senators on the day of the vote (do not rule that out, so crazy are these people…) such that all 47 Democrats would constitute the two-thirds of the “members present” – and assuming Senate Majority Leader McConnell even allowed the vote to move forward under those circumstances – it would mean that the number of senators “present” could be no more than 70.

Stated otherwise, if it is assumed that all 47 Democrat and “Independent” senators were present for the vote, thirty (30) GOP senators would have to be absent in order for a vote by the “members present” (i.e., 47) to constitute the required two-thirds supermajority needed to convict.  On a scale of 1 to 10, the likelihood of that happening is a minus 1776.  Or more.

That being the case, why, you may well ask, are the Democrats pursuing this mathematical stupidity?  Easy: as your faithful servant noted here, the solitary objective of the current neurotic spasm of the Democrats who control the House of Representatives (more on that later) is not mathematical precision, which, after all, may be racist.  Instead, it is solely to harass President Trump and keep the impeachment issue on the front pages of a sycophantic media.  Within a House of Representatives controlled by a wretch from San Francisco, stupidity is the coin of the realm.

Thus, when – not if… when – the Senate fails to convict, the narrative will instantly shift over to the argument that only the electorate can correct the “grave constitutional crisis” perpetrated by the “white privileged” Senate by voting President Trump out of office on November 3, 2020.  Never mind that the overwhelming majority of Democrat Senators are not “people of color,” unless you define “white” as a color.

The current kabuki impeachment sham would have died months ago were it not for the Democrat-fawning bile of the Gray Trollop and The Washington (“Propaganda Thrives in Darkness”) Post.  By keeping the issue “alive,” it will be easier to use it as a weapon in the lead-up to the 2020 general election.  That’s it.  Boom.  Claims by the Democrat leadership of a “grave constitutional crisis” and how it “pains them to have to do this,” but that their “conscience and sense of constitutional duty compels their action” are childish noise.  Juvenile static.  Gibberish.  And those are the polite nouns. 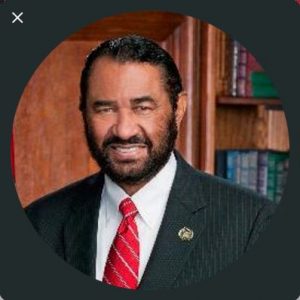 Let us cut to the chase: Democrat House Member Al Green (D-TX, CD9) spoke the unvarnished truth  – surely to the chagrin of Nancy Pelosi, Adam Schiff, “The Squad,” CNN, MSNBC and all other impeachment acolytes – when he noted (tail-wag-the-dog and to MSNBC, no less) that he was “concerned that if we don’t impeach this president, he will get re-elected.”  Because Green’s words articulated the truth, it is no wonder that Pelosi and Schiff were aghast.  And Green muttered those words in May 2019, well before the sham Ukraine phone call “outrage” was concocted.

Green correctly conceded that if impeachment could not be legitimately or persuasively based on the “high crimes and misdemeanors” of “Russian collusion” or the firing of James Comey, then it would have to be premised on something even more sinister: the possibility that the American electorate would be given the opportunity to re-elect Donald Trump President.  Oh, the horror… the collapse of Western Civilization as we know it!  The Texas Democrat is actually arguing that impeachment was the only way of preventing the electorate from re-electing the candidate of their choice.  Ouch.

Accordingly, in addition to re-electing President Trump, unless the nation wants to see another four years of insane and groundless “inquiries,” “investigations” and “impeachment hearings” seeking only the overturning of the will of the electorate, control of the House of Representatives must be returned to the GOP… and control of the Senate maintained by the GOP.  Otherwise, get set for another four years of gridlock and incessant, mindless Democrat whining.  One of your faithful servant’s favorite quotes is from Winston Churchill: “If you’re not a liberal at twenty, you have no heart; if you’re not a conservative at forty, you have no brain.”  Nearly all Democrat members of Congress are liberals and over 40 years of age.  Draw your own conclusions.

The Democrat leadership in the House of Representatives consists of little more than a cadre of kindergartners who are upset that their chosen one – let us call her “Hillary the Pooh” – was decked in 2016 by The Donald.  They cannot now, nor will they ever in the future, forgive him for that.  Moreover, the unwashed American electorate cannot be given the opportunity to re-elect President Trump.  Since Art. 1, § 3, Cl. 7 of the Constitution states that a president, once convicted on a bill of impeachment, is disqualified from thereafter holding any “Office of Honor, Trust or Profit under the United States,” a successful impeachment through removal by vote of the Senate is the only way to make sure Hillary’s humiliation is avenged.  But the math just does not work, so whining must do.

The Stupid Impeachment Charade, or “Do the Math” added on Tuesday, November 5, 2019

One Response to "The Stupid Impeachment Charade, or “Do the Math”"