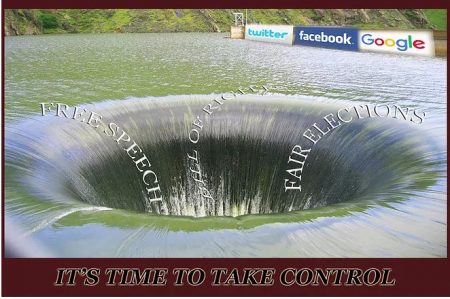 (Nov. 6, 2019) — Keeping the Federal Government’s grimy paws out of the lives of people and private businesses has long been the pillar and foundation of conservatism.

It is just too easy for entrenched bureaucrats, both elected and unelected, to use the power of the government to enhance and enrich their personal lives by espousing and passing laws which are represented as being for the good of the people.

Our Founding Fathers, many of whom were the direct targets of such a system, were more fearful of a powerful government running roughshod over the people than they were of foreign invasions.

They understood that the individual states had to compete to prevent their residents from freely moving from state to state, thereby controlling, to some extent, repressive policies. On the other hand citizens of the United States would not have that ability because moving to another country to escape federal government interference, would not be a viable option as citizenship would be at stake.

The Amendment states : “The powers not delegated to the United States by the Constitution, nor prohibited by it to the States, are reserved to the States respectively, or to the people.”

Over the years legal contention has always been focused on those specific areas in the which the Federal Government has authority and control.  One realm in particular is commerce as enunciated in the Commerce Clause; a provision of the U.S. Constitution found in Article I, Section 8.  Incorporated in this legal disputation is Interstate Commerce, which under U.S. constitutional law, encompasses all commercial transactions or traffic that crosses state boundaries or which involves more than one state.

After many years of litigation in lower and upper courts, the Supreme Court has determined that the Federal Government has legal status and authority to regulate interstate commerce. The scope of which includes-and this is important- transactions and traffic.

Facebook, Twitter, Google and a few other less known social media platforms all have a few things in common. One of those things, the most distasteful to most Americans, is their rules for censorship. The biggest players in this employ what they call community standards as a means to prevent speech they disagree with or content in opposition to the personal ideologies of the owners, programmers and management.

It is also no secret that these so called standards are based upon political censorship as opposed to anything to do with protecting morality in any particular community. Likewise it is not lost on any but the most inane, those algorithms which they claim are upholding community standards are in fact blocking conservative conversation, communication and ideas.

Having achieved their goal of becoming multi-billion dollar corporations they have adopted a new game plan and are employing it with a vengeance. That is, as we all know and have in fact experienced, censorship. Censorship that can and will interfere with this country’s ability to hold fair elections. We cannot allow a few individuals to manipulate the electoral process of our country.

CAN THIS BE STOPPED?

Can the government order a private business to be fair with all their customers, if those being mistreated choose to participate in that unfairness simply by the act of using that service? Conservatives never want to see a federal government sticking its nose into private entities. That is our nature. Having said that, the answer is yes, not only can it be done, it must be done.

The answer is right there in front of us. Its called the Commerce Clause supported by Interstate Commerce litigation and precedent. It cannot be denied that all of these platforms, no matter where their headquarters are located, deal in interstate commerce. They sell ads, they buy and sell products via interstate transactions and traffic. This puts them directly under the authority of the Federal Government.

The Congress and the President who would sign new regulations into law, are are Constitutionally authorized to set standards and impose penalties for noncompliance.

This new regulation will set the standards by which speech and communication should be censored. There should be only two categories.  The first would be pornography. The other is content that threatens physical violence.

Whereas it seems unlikely that a Democrat controlled House would desire a bill of that nature, I believe it would. It seems strange, given to how much conservative thought is being shadow banned or just plain shutdown, but liberals actually think it is happening to them too.

Good, we agree. Let’s get this done.

One Response to "Open to Closing Social Media Censorship"