“WHAT DIFFERENCE DOES IT MAKE?” 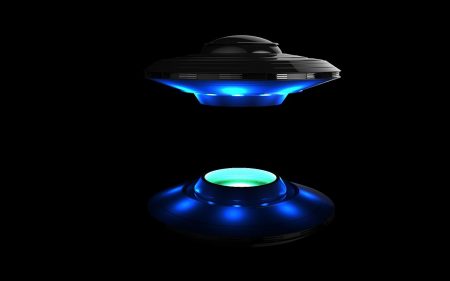 (Apr. 16, 2019) — “Good evening, ladies and gentlemen, and welcome to a special report from that well-known intergalactic traveler, Zyklon the Exalted One. Zyklon is due for a flyby in another minute or two and has been gracious enough to let us listen in on Henry’s State of the Earth report. Let’s transfer over to Zyklon’s ship at this time. Welcome to our neck of the woods, Exalted One.”

“Glad to be here, Roving. You seen Henry lately?”

“Please excuse me; Henry is on the other line. Hello, Henry; please report.”

“As you wish, Exalted One, the Great and All-Powerful. Trump threw the Democrats a curve ball last week; he said he’d give them all the illegal immigrants they want.”

“So, what’s wrong with that? The Dems say they come here for ‘love’ and contribute mightily to the benefit of all Americans, except for the American citizens that they molest, torture and murder, get drunk and run red lights and ‘T’-bone, and go after very young boys and girls where, well, it’s bad, isn’t it?”

“It’s worse than bad, Your Majesty; besides stealing, they hack people to death with large swords they call ‘machetes.’ And before you ask why, I’ll tell you. They abandoned — no, that’s not right. The church abandoned the poor people of the world by not allowing birth control pills or other methods of contraception and the only substitute available – to take the place of the church, for guidance — was corrupt governments, and that’s the whole ball of wax. Others may sugarcoat it, but that’s the truth: the church failed the people and the governments failed the people and the people who come here illegally are – hate to say it – the bottom of the barrel.”

“Excuse me, Henry, but why do you say ‘bottom of the barrel’? Do you mean to say that these illegal immigrants are not angels like the Dems say they are? They can’t have it both ways, can they? They can’t say that the illegals are good and then say ‘not-so-good’ in the same breath, or can they?”

“So let me ask you this: if an invading army would attack America, how would they do it?”

“Dress them as ‘guest workers’: ‘no speakee English; so sorry.’ Or just let them come in wearing hijabs; what difference does it make? An invasion by any other name is still an invasion.”

“I’m sorry, but we seem to be getting interference and just lost the signal; it happens. Now what? Commercial? Great idea.”

“We’re back and we apologize for the abrupt signal loss but we’ll make up for it by interviewing Monsieur Jacques Mére, the French consultant to our fine city. Welcome to ‘Pulse.’ How would you prefer to be addressed?”

“Please, if you will, address me as ‘Mr. Refined sent to the backwoods where the Americans over-spice the food because they smoke and drink too much Jacques Mére.’”

“And some wonder why the English call you people ‘Frogs,’ no disrespect to real frogs, our amphibian friends. What if I just call you Jack; will that work for you?” 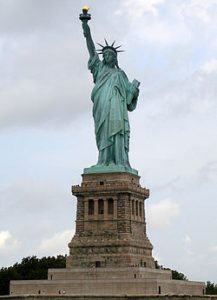 “Yes, please call me Jack, who gave you the Statue of Liberty; who gave you Jacques Chevalier, who worked with the Vichy government during World War II; and who gave the world the fine recipes that Julia Child was so famous for.”

“But Julia Child was an American who fought the Germans.”

“I’m not sure I’m understanding you.”

“The Notre Dame Cathedral is no more; an empty shell. And so what if a Muslim burnt it? Muslims destroy many churches all over the world every day, so it should come as no surprise that either Muslims deliberately set the cathedral on fire or they are glad that it burned; just as it was on 9-11, yes? Maybe some Muslims didn’t fly the planes into the Twin Towers, but they were ALL glad the towers came tumbling down.”

“It is so. We call it ‘Go with the Flow.’ We have a huge population of Muslims in our country. It started with us taking Algerians in so they could car-bomb us, yes? To make us leave Algeria; to replace our laws with Algerian Islamic Sharia Law. It is so.”

“So, what does that actually mean, ‘Go with the Flow’?”

“It is so. Look, Muslims burn churches; Muslims have been burning for centuries, for over a millennia, yes? So what’s the surprise? You let them into your country and have killings all of the time, yet you ignore them, don’t you? You are a big joke over in my home country; yes, you are. A Muslim mows people down on a jogging path in New York City and you ‘look for a motive.’ And do not insult my intelligence by saying you do not. Look at that Fort Hood massacre: you looked for a motive; and the Boston Marathon bombing, another motive looked for. You know what your problem is?”

“You waste all kinds of time and resources looking for motives when it’s right there staring you in the face. You see, we French are realists: we expect our churches to be burnt to the ground; after all, we know what Muslims do so we’re not surprised like you. It is so.”

“And I’m sorry, but look how the time flies. Okay, on behalf of the crew, this is your Roving Reporter wishing you all a goodnight: Goodnight.

“You know, when I was in college, I studied Notre Dame Cathedral and I have to say that I am very saddened by its destruction. Burger time: my treat.”