Rep. Jordan: McCabe and Strzok “Potentially” Could be Charged

AMID FALLOUT FROM “COLLUSION” PROBE 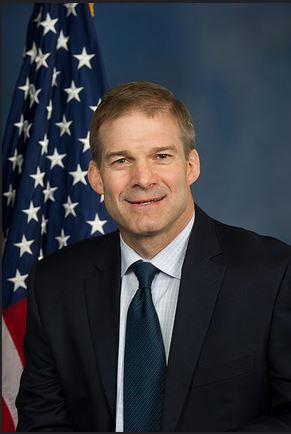 (Apr. 10, 2019) — On Wednesday night’s “Hannity,” host Sean Hannity posited, as he did on Tuesday night, that “accountability” will soon arrive for those in the U.S. intelligence community who perpetrated the Trump-Russia “collusion” narrative and probe into the campaign.

In response to Hannity’s question about possible indictments, guest Jim Jordan (R-OH4) named names as to who might be indicted as a result, specifically former FBI Deputy Director Andrew McCabe and former Deputy Assistant Director of Counterintelligence Peter Strzok, both of whom were fired last year.

Over the weekend, former House Intelligence Committee Chairman and current ranking member Devin Nunes announced that he would be sending eight criminal referrals to the Justice Department identifying individuals he and his colleagues believe lied to Congress, misled the Foreign Intelligence Surveillance Court (FISC), participated in a conspiracy to derail the Trump campaign and/or administration, and/or leaked classified information to the media. Thus far, Nunes has not identified the individuals named in the referrals.

Nunes and a close colleague, Rep. Mark Meadows of North Carolina, have said that more referrals will be coming in the future.

Attorney General William Barr testified on Capitol Hill Tuesday and Wednesday that he intends to discover the origins of the FBI’s counterintelligence probe into the Trump campaign and whether or not any laws on the surveillance of private individuals were violated.

The FBI’s Trump probe campaign is said by current and former agency personnel to have been launched on July 31, 2016, but Nunes has said that it began considerably earlier, perhaps as early as “late 2015.”

In the course of their 2016 operation, members of the U.S. intelligence community circulated an unverified and “salacious” dossier compiled by former British intel agent Christopher Steele alleging ties between the Russian government and Donald Trump. Some of the information was leaked to the media with the apparent intent of impacting the election, with allegations of Russian “collusion” aimed at the campaign.

The dossier was commissioned and paid for by the DNC and Clinton campaign, with money paid through law firm Perkins Coie to Fusion GPS.  Fusion in turn hired Steele to collect the information, although his sources remain unidentified and the material in the dossier unverified.

Steele himself has said in sworn testimony that he used unverified material to compile the dossier, some of which was posted on the internet by non-journalists.

On October 21, 2016, the FBI/DOJ obtained the first of what would be four successive FISA warrants on then-Trump foreign-policy advisor Carter Page, claiming in its submission to the FISA court that Page was an agent of the Russian government and submitting the dossier as evidence.  Page was never charged with a crime.

In a move which remains unexplained, Mueller and his team of left-leaning prosecutors, many of whom have been Democrat donors and advocates, the counterintelligence probe morphed into a criminal investigation.  After more than two dozen indictments, most of which were of Russians and Russian entities, and nearly two years of work, Mueller last month delivered a report to Attorney General William Barr finding insufficient evidence that anyone in the campaign “colluded” with Russia.

On the allegation of “obstruction of justice” following Comey’s firing, Mueller came to no conclusion, leaving that evaluation to be made by Barr.

In a four-page announcement of the report’s conclusions, Barr wrote that he and Rosenstein did not find that Trump obstructed justice.

McCabe has reportedly been under grand-jury investigation for lying to the DOJ’s inspector general during his investigation into the FBI and DOJ’s 2016 conduct.  McCabe was fired in March 2018 and is reportedly planning on suing the Justice Department for his termination.  Last month he went on a tour to promote his new book, “The Threat: How the FBI Protects America in the Age of Terror and Trump.”

During one interview, McCabe said it is “possible” that Trump is an agent of the Russian government.

Jordan said on Wednesday’s program that McCabe “lied three times” to Inspector General Horowitz during interviews associated with the “collusion” narrative.  Strzok was said by the DOJ’s Office of Professional Responsibility (OPR) to have demonstrated bias in thousands of text messages he sent to his then-colleague and paramour, FBI Counsel to the Deputy Director Lisa Page.

Both Lisa Page and Strzok were removed from Mueller’s probe once their text message were discovered by Horowitz.  In transcripts of closed-door interviews released by House Judiciary Committee ranking member Doug Collins in recent weeks, neither Page nor Strzok identified specific evidence justifying the opening of the investigation.

Both said that FBI rules prohibited them from disclosing their overseas travel in 2016, as did former FBI Assistant Director of Counterintelligence William Priestap, who retired in December.

George Papadopoulos, another former Trump campaign adviser, has said that he, too, was the object of a FISA warrant in 2016 while he was working overseas.  In his own closed-door testimony to members of Congress last year, he described overtures made to him by unfamiliar individuals who he now suspects were agents of foreign governments.

In April 2016, Prof. Joseph Mifsud, reportedly told Papadopoulos that “the Russians” possessed an untold number of Clinton’s emails removed from her unauthorized, private server.  Less than a month later, then-Australian ambassador to the UK Alexander Downer requested a meeting with Papadopoulos, after which he claimed Papadopoulos divulged to him that the Russians had “dirt” on Clinton in the form of her emails.

An FBI investigation into Clinton’s handling of classified information while using the non-governmental server when she served as Barack Obama’s secretary of state ended in Comey’s having stated on July 5, 2016 that “No reasonable prosecutor would bring this case.”

Senate Judiciary Chairman Lindsey Graham has said he plans to investigate Comey’s controversial decision given that dozens of emails with classified information were found on the server and a laptop computer belonging to disgraced former congressman Anthony Weiner.

A transcript released Tuesday of a closed-door interview of former FBI Chief Counsel James Baker last fall revealed that Baker believed Clinton should have been referred to the DOJ for criminal investigation.

Rep. Jordan: McCabe and Strzok “Potentially” Could be Charged added on Wednesday, April 10, 2019