Tennessee: As the Weather Gets Colder, So Does Harmer’s Cell

“I HAVE COMPLAINED WITHOUT SUCCESS” 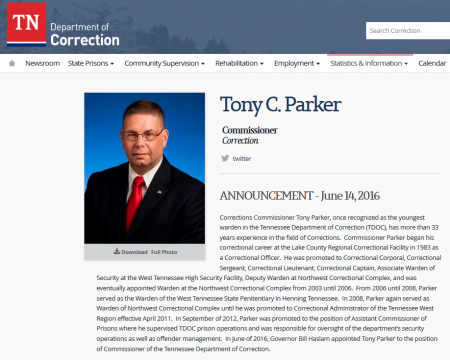 (Dec. 7, 2018) — A copy of a memo directed to Tennessee Department of Correction (TDOC) Commissioner Tony Parker received by this writer on Friday reiterates inmate Grenda Ray Harmer’s claim that his cell is frigid as winter has once again settled in to mountainous Morgan County, TN, home to the Morgan County Correctional Complex (MCCX).

Harmer’s subject line states that MCCX “prison employees” are “intentionally placing my health at risk with your blessing.”

Last winter, Harmer reported in repeated communications that his cell was regularly filled with blasts of cold air and that he was forced to wear 4-5 layers of clothing at all times in an attempt to maintain his body heat. While TDOC spokeswoman Neysa Taylor denied that one cell among many could be deprived of heat, Harmer later reported that others in Unit #1, where he is housed in protective custody, said that they, too, experienced chronically cold cell temperatures.

As for last winter, Harmer wrote in Friday’s letter, “The heat was not turned on until January 3, 18. The only reason the heat was turned on is because Editor Sharon Rondeau of ‘The Post + Email’ wrote negative articles about it.”

“Once again your subordinates are placing my health at risk by forcing me to live in a corner cell without any heat,” Harmer’s letter continues. “My cell is a good 10 to 15 degrees colder than outside is [sic] two walls are exposed to the weather and my walls are metal. As you know metal holds the cold much better than brick. When the guards open my cell door they have commented the coldness of my cell just smacks them in the face.”

Further, Harmer wrote, “I have complained without success.”

The Post & Email has copies of Harmer’s complaints from last winter as well as those generated after the change of seasons this fall.  At the beginning of 2018, Harmer wrote to report that the lack of heat in his cell had largely been ameliorated.

On November 29, 2018, we published an article demonstrating that the State of Tennessee is a copious, if not daily, reader of our articles centered on Harmer’s reports of MCCX conditions, including allegations of the smuggling-in of contraband facilitated by correction officers.

Harmer goes on to say that the TDOC’s inaction regarding his cell temperature “is strengthening my hatred, my loathing and my resolve.”

Changing subjects slightly, Harmer then wrote, “The reason you will not transfer me from MCCX, knowing MCCX staff have already tried having me physically harmed, is you are probably hoping they might luck up and be successful.” 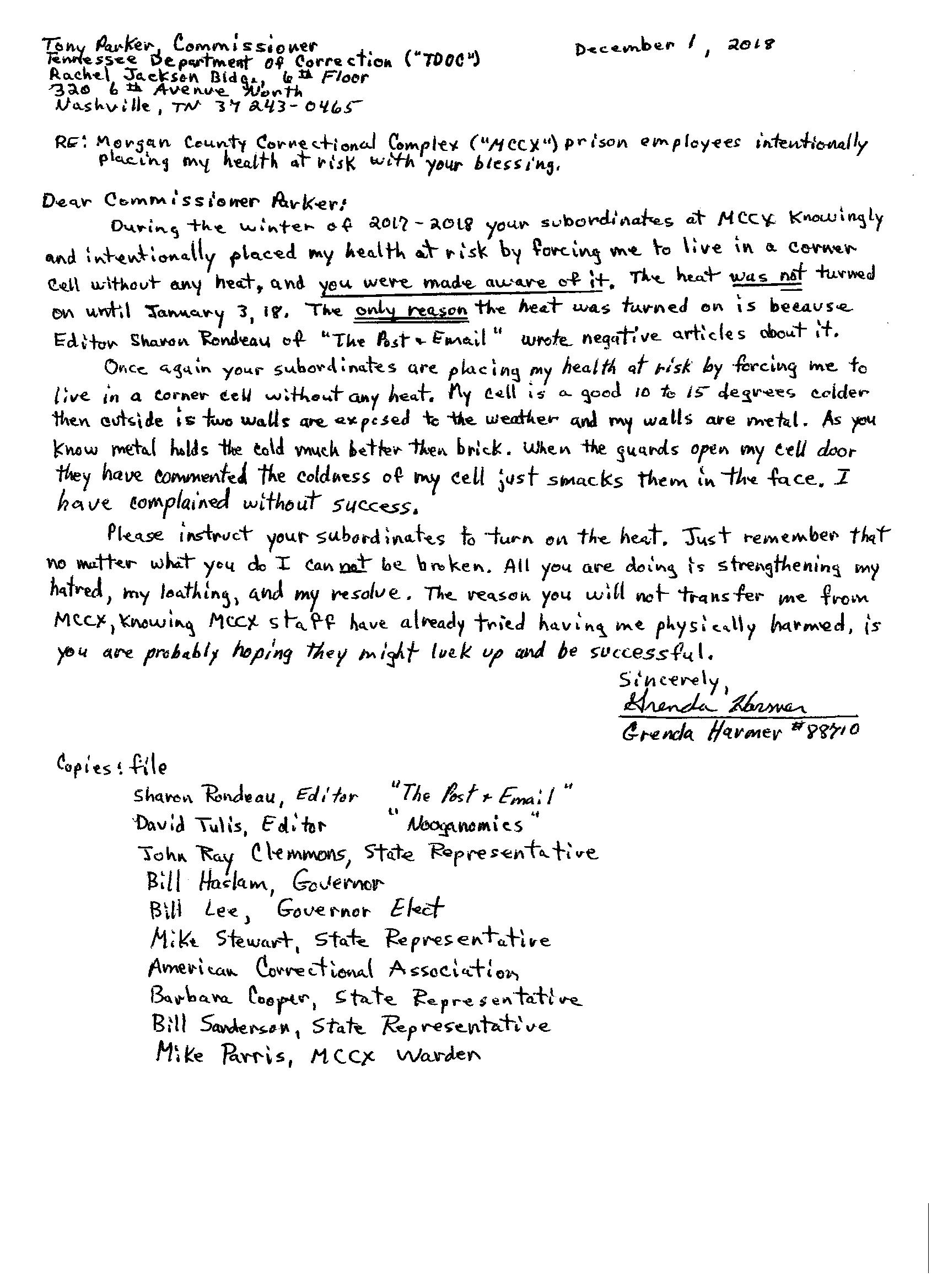 Tennessee: As the Weather Gets Colder, So Does Harmer’s Cell added on Friday, December 7, 2018

3 Responses to "Tennessee: As the Weather Gets Colder, So Does Harmer’s Cell"