EVEN BEFORE ENACTMENT, ANTICIPATION OF PASSAGE SPURRED INVESTMENTS, JOBS AND GROWTH 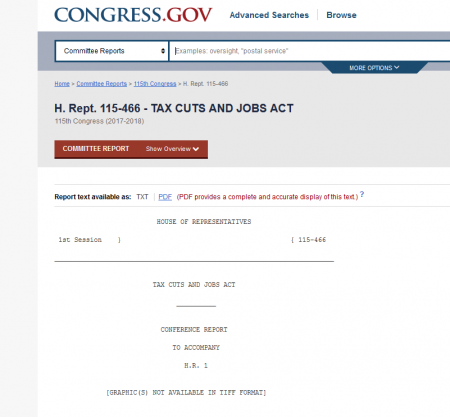 (Oct. 16, 2018) — Not long ago, a dentist called seeking advice about investing in new equipment for her practice. Business had been strong, but she envisioned enhancing the customer experience and growing her practice even further. The experience will set her apart from many other dentists, allowing her to retain existing clients and attract new ones. New state of the art dental technology would allow her to jump-start the process.

The dentist is part of a wave. Across the country, small and mid-sized business owners, entrepreneurs and start-ups are primed to invest in and expand their businesses.

These new provisions in the tax law are a godsend to business owners. They’ve have been asking for this, they’ve been heard, been provided for and are now anxious to spend and invest.

My business consultancy has received a steady flow of calls from many such owners. While diverse in geography, size and focus, they are all eager and optimistic. And they are all inspired by one thing: the new federal tax law. Like the dentist, they are finding that the incentives created by the statute make reinvestment and expansion a smart move.

In the less than a year since it was passed, the 2017 Tax Cuts and Jobs Act is fast becoming one of the biggest incentives to US business growth in at least a decade. Unemployment has reached lows not seen in decades.

After a strong push from the Trump Administration, the law went into effect in December 2017. It includes several features designed to relieve tax burdens on businesses of all sizes. Of particular note, the corporate tax rate reduction has leveled the playing field for US-based companies when they compete with foreign based companies in the global economy. Lower taxes are passed to the consumer.

Another popular provision – affecting over three quarters of small companies – allows a 20% deduction for all pass-through businesses. Another much-heralded clause slashes the corporate tax rate from 35 to 21 percent. Yet another allows businesses to deduct up to 100% of investments in new business equipment costs during the first year.

A broad range of business owners seek to take advantage of the new law. The head of a small technology company showed us a proposal to expand its marketing. A service company presented us questions about how it could expand by 25% in the next two years.

Our dentist wants to expand into vacant space in her building. This law is turbo-charging the entrepreneurial spirit of our business owner clients.

In each instance, the owners were able to key in on particular provisions of the new tax law that apply to their unique situations. Together with them, we have found ways to use the law to their advantage.

Just as important as particular features of the Tax Cuts and Jobs Act is the overwhelmingly positive climate it is helping to create. Owners who have felt shackled for years by a restive investment environment and too many taxes and regulations are now encouraged to pump more money into their businesses.

A good example is the Rabine Group, a collection of small constructions companies based in Illinois.  This year they have pledged to commit more resources to hiring, research and development, and expansion. They are also offering employees far bigger raises this year than in any of the previous eight years. All of these moves are a result of the new tax law, the owners have reported.

That spirit of optimism has already brought signs of vibrancy that the US economy has not seen in years. Business investment is set to rise by 7% this year, following a robust 5.3% increase in 2017, on the heels of timid, desultory growth the previous decade.

As businesses expand, so do their needs for new employees. More than 134,000 new jobs were added in September 2018, bringing an unemployment rate of 3.7 percent. The average hourly earnings gain is now 2.8% year over year. Retail sales are up, too; they are projected to reach 4.2% this year.

These gains are all inspired by the new tax breaks and reduced federal regulatory fervor. Tax cuts do pass down to many levels and spur spending. That’s a basic economics axiom.

Some say the new law favors major corporations over small business owners. That’s understandable. It’s a party line and core belief among some.

Indeed, thus far, the biggest tax savings resulting from the new law have been posted by the biggest US banks. In all, the six largest Wall Street banks – Bank of America, Citi Group, JPMorgan Chase, Goldman Sachs, Wells Fargo, and Morgan Stanley – have reported a total of nearly $5 billion in savings, according to their Second Quarter reports.

The new law has allowed the banks to cut their tax rates from as high as 31% to just 10 or 11 percent.

Large multinational corporations have slowed their borrowing, lessening the amount of debt they issue, according to the Wall Street Journal, using data from Goldman Sachs. The Fed analyzed share buybacks of non-financial firms with large cash holdings – and they have doubled, mimicking a similar tax holiday 15 years ago.

However, the strong gains posted by banks and other corporations actually mean everybody wins. The gains have contributed to a buoyant economic mood, which in turn is inspiring corporate employees and other consumers to spend more on their personal lives. Much or most of that spending has gone to small and medium-sized companies.

The corporate tax cut and gradual repatriation of trillions of dollars into the US economy has also helped mitigate fears that more jobs are going overseas. That is encouraging consumers to focus on retirement planning, invest in new cars or other goods – or in their companies – or take much-needed vacations. This too benefits smaller businesses.

Many businesses have undoubtedly not fully researched the ways the tax code can benefit them. As with any new statute, they need time and expert advice to understand the law’s fine print.

However, the smartest owners are moving quickly. Like the dentist, they have discovered that the time to take advantage of the new tax law is now, or at least as soon as they can grasp the new law’s opportunities, intricacies – and potential pitfalls for the unwary.

Mark Murphy is the founder of Northeast Private Client Group and author of “The Win-Win Outcome: The deal maker’s guide to buying and selling dental practices.” Financial advisor Adam Schlossberg is a partner in the Group.

FIY only: A more complete biography: Mark Murphy is a Business and Financial Advisor, founder of Northeast Private Client Group, and author of “The Win-Win Outcome: The Deal Maker’s Guide to Buying and Selling Dental Practices.” Adam Schlossberg is a Financial Advisor, and Partner at Northeast Private Client Group. Both Mark and Adam are Registered Representatives and Financial Advisors of Park Avenue Securities LLC (PAS), 200 Broadhollow Road, Suite 405, Melville, NY 11747, (631) 589-5400. Securities products/services and advisory services are offered through PAS, a registered broker/dealer and investment advisor. Financial Representatives, The Guardian Life Insurance Company of America (Guardian), New York, NY. PAS is an indirect wholly owned subsidiary of Guardian. Northeast Private Client Group is not an affiliate or subsidiary of PAS or Guardian.