US NAVY: The Musical II 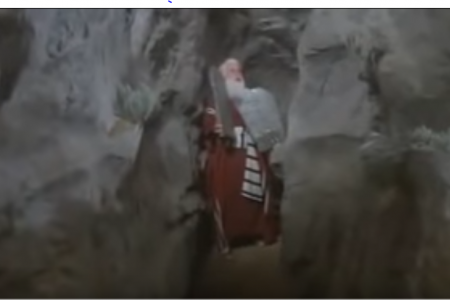 Curtain rises as the house lights dim to the tune of “Victory at Sea Theme” (:57). The stage is set as the aft end of a US NAVY destroyer. Leaning on the lifeline is a young ENSIGN lit by one bright overhead spotlight. The officer is dressed in khakis and faces the audience. As the music fades out, the sailor speaks in a soliloquy, looking left, and then right.

“So who are you supposed to be?”

“I’m your conscience, and before you make a big issue out of it, just accept it and go on with your life. Okay, you’re morose now; we all are. Get over it.”

“How can you be morose? I’m the one who misses her.”

“So what was the band doing there, like it was some sort of big celebration? Fat chance, that. All the women and kids were crying; even the crane operator was crying as he picked up the gangplanks.”

“Next you’re going to be telling me they’re tears of joy.”

“Think of embarking as the prelude of a joyful homecoming.”

“Don’t forget to leave out the pain and suffering while you’re at it. You know, don’t you, that some of us may not make it? Some may come back maimed, ever think of that?”

“And suppose everyone was a coward, or didn’t care, or let someone else do it; what then?”

“No, but I am your conscience, so get used to it.”

Stage lights go to full bright as the song “Anchors Aweigh” (1:56) is played while a group of sailors (12) dressed in cook garb (white aprons over whites) march to the song and, at the end, march off stage left. As soon as the sailors exit, 12 Marines in dress uniforms march on stage and break into song: “I Lost You” (2:48). As the song ends the stage lights dim. Marines march off leaving the Ensign, once again, addressing the audience.

“Oh, I know: I’m not the first but you have to admit, one gets a different perspective looking at life from the aft end of a ship going on a voyage, and not some weekend cruise. Not like going to Santa Catalina or renting a canoe.”

“Been a busy day. Clear sky; should be able to see the Milky Way in all its glory.”

On walk on 12 elaborately dressed Naval Admirals as the lights brighten, with many a tassel and large, brightly-plumed hats, with swords so long they drag on the deck as they sing “I See a Star” (2:36). The lead singer has the biggest medals hanging on his chest and around his neck. At the end of the song the lights dim leaving the one spot. The Admirals saunter off stage left.

“You said that. Try covering new ground; there are endless horizons out there, you know. Think a little bigger than your garage.”

“I meant your mind. Think of your thoughts and memories, what makes you you, stored in the garage that’s located between your ears.”

“Oh, that’s funny. And I suppose my mouth is the garage door?”

“No, stupid: I’m speaking metaphorically. Look, when somebody says, ‘I’m so hungry I can eat a horse,’ it doesn’t necessarily mean they’re in a famine; it just means that they’re hungry, okay?”

The lights brighten as a squad of sailors, in dungarees and holding mops upside-down, as if dancing partners, dance from stage left to the tune of “Passing By” (2:08). The Admirals return and join in and then, as the song ends and the lights dim, all exit stage left.

“Yes, another day while some humans grow or hunt food so they, we and others can procreate. The name of the game is to insure that the next generation has the building blocks to do the same for what the preceding generation has done for us.”

“It seems to get lost somewhere in the mix, does it not? Each organism moving about independently; separate garages.”

“So we’re not as advanced as we think we are?”

“No, that’s not it. It’s that we’re not as smart as we think we are. We produce electricity but waste most of it; same with the food we grow. We toil and labor for a miniscule reward for the amount of effort.”

“Give me an example.”

“You drive to work to make the money to drive to work so you have a car, oil, gas, tires. How much of the drive is spent at stop lights, and how much does that cost you, per year? Just sitting there as money goes out the exhaust pipe. You have a capsule in which you live, eat and sleep, but does it have cross-ventilation, and what about that air that comes into your capsule?”

““No, everyone doesn’t know, and those are usually the ones who cause the problems.”

“You mean the ‘Control Freaks?’”

“Remember when Mel Brooks walks down from Mt. Sinai and breaks one of the tablets in ‘History of the World?’ Well, here’s a couple of the Commandments that never made it: Commandment #11: Mind your own business; Commandment #12: If you want to leave a religion, go ahead and see if you can do better.”