“CORPORAL WAGNER THINKS IT IS FUNNY”

In his most recent letter to Dreyzehner, inmate Grenda Ray Harmer, #88710, wrote that in a May 8, 2018 complaint to the ACA, he “listed 7 ACA food violations by MCCX prison officials.”

In January, Harmer reported an improvement in the food-service conditions to which he had first called attention last year.

On August 6, Harmer reported to Dreyzehner that “July 16, 2018 health inspector Tylah Whisman from Clinton, TN came to my cell in Unit #1 to inspect for any health regulations violations of TDOH. Ms. Whisman, who had a copy of my May 8, 18 letter, talked with me.”

Harmer then listed two health code regulations which he reportedly cited to Whisman, along with “all other claims in my May 8, 18 letter, which we discussed. Ms. Whisman basically agreed with me.”

Harmer’s letter continues, “On a daily basis I watch food servers prepare trays in dirty clothes without aprons or hairnets while non-food persons carry out trash and clean floors then pass out food and drink to help food servers. Corporal Wagner, security personnel, authorizes this cross-contamination. Corporal Wagner thinks it is funny.”

Harmer has been critical of Wagner in the recent past, accusing him of allowing gang members to offer bribes and assault vulnerable inmates without repercussions.

“If you believe I’m lying get them [Parris and Jones] to allow you to review security footage. The cameras don’t lie,” Harmer added on page 2.

He then proposed two hypothetical solutions to the problem, which he said if left unsolved, in his view should result in the health department imposing a fine on the prison and “necessary legal action to enforce compliance with TDOH regulations.” 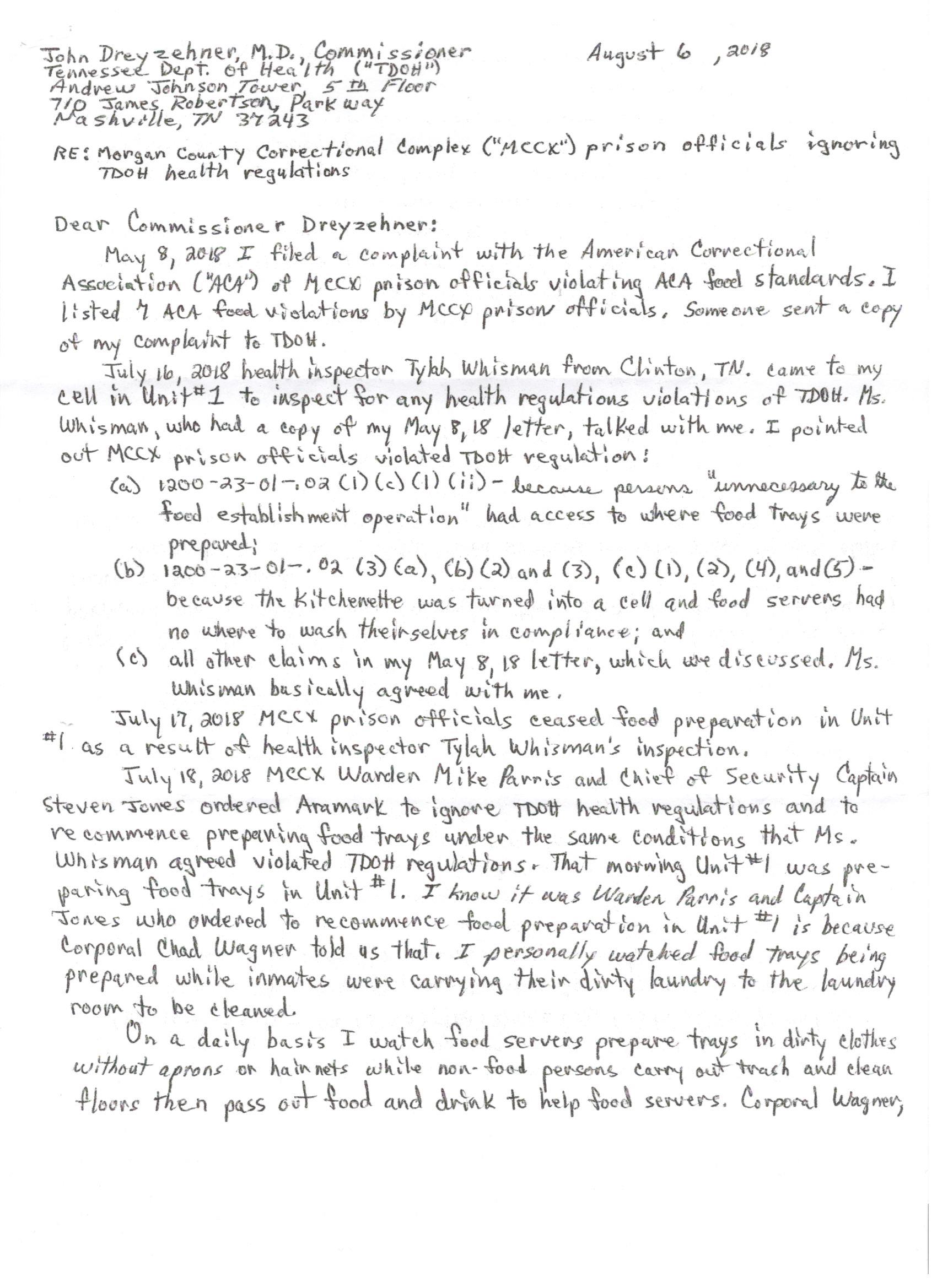 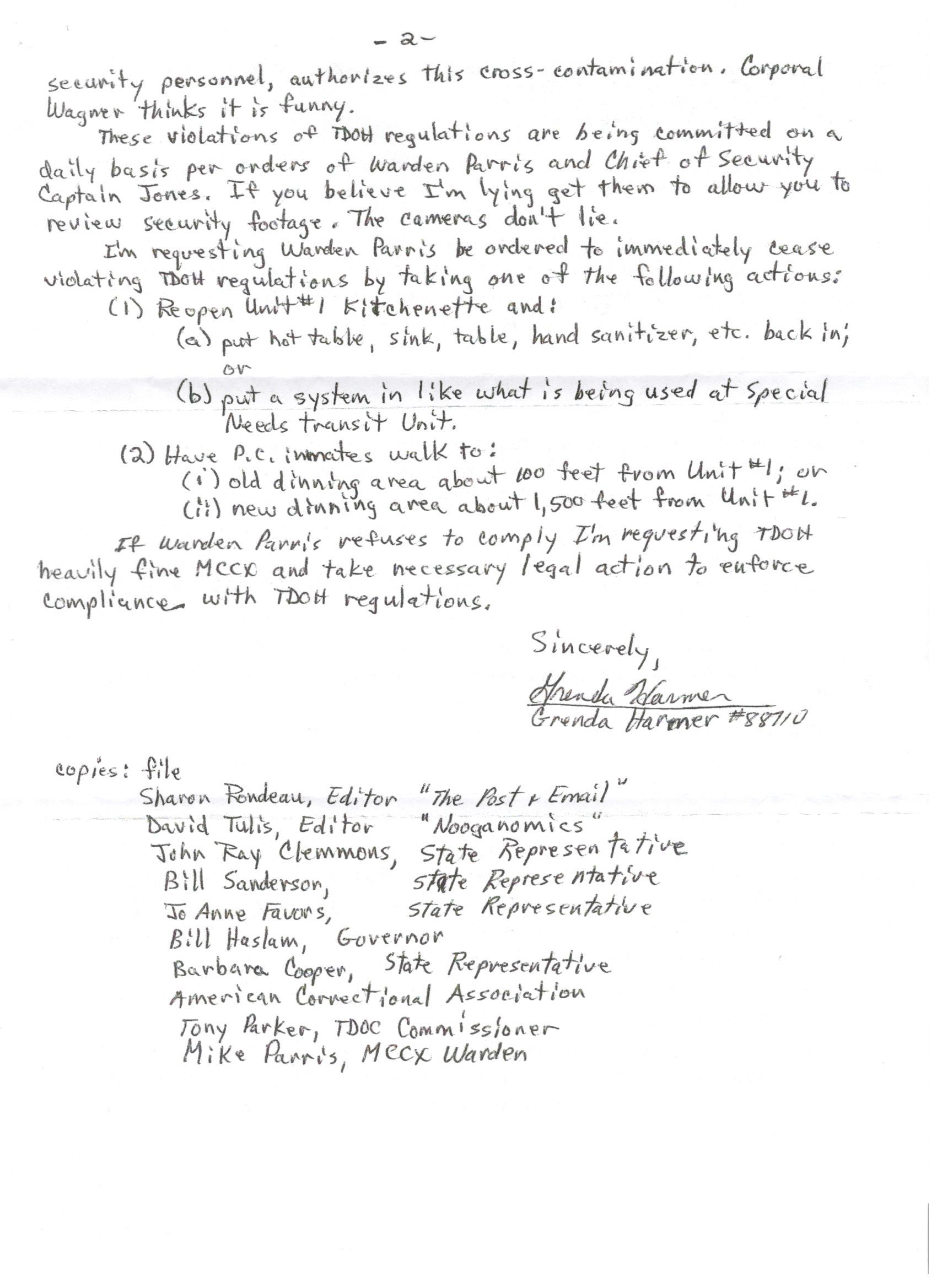