“I REALLY HAVE NO RECOURSE” 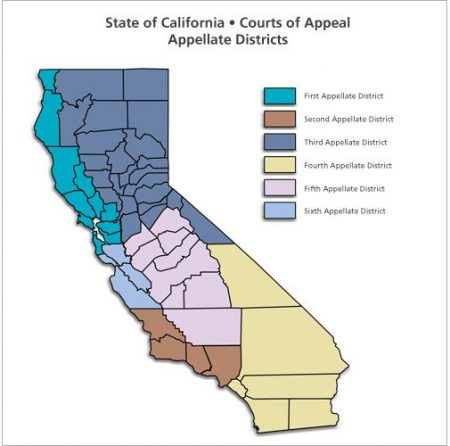 (May 28, 2018) — Earlier this month, two appeals filed by an attorney representing “Michelle Robinson” in the Court of Appeal for the Second Appellate District in Los Angeles were reviewed, with the court affirming the dependency court’s award of custody to the child’s father and dismissing the other for consequent “mootness.”

The three-judge panel determined that Robinson’s appeal of the termination of dependency services by the Edelman Children’s Court was not issued in error.

The dependency case began on March 15, 2016, when Robinson’s then-15-month-old daughter was taken into the custody of the Los Angeles Department of Children and Family Services (DCFS) stemming from a physical altercation between Robinson and the child’s father three months earlier.  Although Robinson had filed a criminal complaint and asked that the child’s father, Eric Crutchfield, be prosecuted, Robinson was prosecuted and ultimately convicted of “battery” based on a video of unknown origin shown at the trial.

At the time of the altercation, a restraining order had been in place protecting Robinson from Crutchfield based on a domestic violence incident from 2015, although Robinson sought out Crutchfield that day on the occasion of their daughter’s first birthday.

When the altercation occurred, their daughter was strapped into her car seat in Robinson’s parked car outside of Crutchfield’s residence.

Robinson said that LAPD Detective Sean Horton reported the alleged existence of the altercation video to DCFS asserting that she posed a danger to her child, after which DCFS contacted Robinson and asked her to bring her daughter to their offices.  Robinson complied and learned that the child was immediately placed in Crutchfield’s custody, which concerned her given his history of domestic violence and drug use.

In July 2016, Crutchfield was arrested after the California Highway Patrol found him to be in violation of the restraining order.  During the final dependency hearing in late April 2017, Crutchfield, his mother and a number of DCFS social workers were granted permanent restraining orders against Robinson.

The social workers claimed that Robinson had threatened them in a number of emails stemming from the removal of her daughter from her custody.

When Crutchfield was awarded full physical and legal custody last year, Robinson was granted professionally-monitored visitation three times a week for two hours each time. Robinson has not participated in the plan, claiming that the cost of monitoring is beyond her ability to pay and that she disdains having to pay to see her child when she poses “no threat to her.”

A still-unresolved issue in Robinson’s case is that the restraining order protecting her from Crutchfield issued by Commissioner Glenda Veasey in December 2015 at the same time awarded Robinson full legal and physical custody of their child. Unbeknownst to Robinson until several months ago, Commissioner Steff Padilla of the Edelman Children’s Court had apparently signed a Termination Order of Veasey’s order in October 2016 retroactive to mid-April of that year.

The Hawthorne, CA Police Department, which produced the alleged Termination Order to Robinson via email in February, would say only that the source of the document was the department’s “court liaison officer.”

Both an email requesting more information and a California Open Records request sent in late March by this writer to Capt. Julian Catano of the HPD received no response.

Robinson believes that Veasey’s order, which has since been renewed as it pertains to restraining Crutchfield from contacting her, was altered so that custody could be placed with Crutchfield.  “They had to terminate that restraining order to effect change in my daughter’s custody,” Robinson said.

As Robinson discovered, the order was not filed with Veasey’s court in Torrance nor in the Edelman Court’s file on her daughter.  Veasey has since issued a new restraining order on behalf of Robinson and her two adult daughters which expires in 2023, representing the maximum five-year “permanent” restraining order available in California.

In an interview on Thursday, Robinson explained that the appellate hearing, which she did not attend, actually consisted of a “one-day argument” which normally consists of 15 minutes, according to her attorney.  The court’s log indicated that the attorney’s argument spanned 22 minutes.  “During that time, you make your high points, and if the judges have questions, that’s their time to ask them.  According to the email from my attorney, they had questions of the county counsel related to the restraining orders.  I thought that would be a positive thing that they had questions, but it didn’t benefit me,” she told us.

The Post & Email has received reports from several other Los Angeles County women stating that the courts appear to have a bias in favor of “fathers’ rights.”  “I’m seeing that in cases from DCFS, children are often being given to their fathers,” Robinson observed.

A violation which Robinson said has never been addressed was that after her daughter was taken by DCFS, her first attorney, Ruben Lopez-Lopez of Los Angeles Dependency Lawyers (LADL, Inc.), should have told the Edelman Court, “This child has been held in custody more than 48 hours without a petition for custody; she should be released.”

The Hendersons had reported the same occurrence in the removal of their then-youngest child on August 31, 2012, with the petition for removal not completed until seven weeks later on October 24.

“He failed to object to everything from the beginning,” Robinson said of Lopez-Lopez. “The petition was supposed to have been filed the day she was removed; instead, it wasn’t filed until five days later.  There were several objections he should have made in the hearings in which he represented me but he didn’t.  I lost months of argument because he never said anything.  I didn’t know I had to tell my attorney when to object.  So when you’re missing that opportunity and they realize you don’t know any better, you lose grounds for appeal.”

Looking back, Robinson said, “In my case, the first step of appeal was when Steff Padilla said that the kids came under the jurisdiction of the court.”  Originally, Robinson’s then-16-year-old daughter was named as a person also needing dependency-court jurisdiction, but she was never removed from Robinson’s care, and her name was later removed from the case.

Of the final outcome of her appeal, Robinson said, “They decided to dismiss that appeal because it was a ‘moot’ issue when we also appealed the final outcome.  My attorney said that he didn’t feel he had to restate the issues from Appeal 1 in Appeal 2.  The way I understand it, the first appeal was to a certain point in time, and the second appeal was from that point forward.  He didn’t regurgitate what he said in Appeal 1 into Appeal 2.  When they said, ‘We’re going to find Appeal 1 moot because of Appeal 2,’ they decided to look only at Appeal 2.”

She said that based on her attorney’s advice, because she cannot point to a procedural error on the part of the appellate panel in issuing its decision, “I really have no recourse.”