Gallups opened the show by recapping Zullo’s role as “lead investigator” of the probe, launched in August 2011, four months after the long-form image was made public.

Then-Maricopa County Sheriff Joseph Arpaio authorized the investigation after 242 of his constituents approached him with concerns that reports of forgery of the birth certificate image could render their votes meaningless in the 2012 presidential election.

The probe concluded in late 2016 with a press conference on December 15 in which Zullo revealed that two well-credentialed forensic document examiners reached the same conclusion as he had years before:  that the long-form image purported to represent Obama’s original birth certificate from the state of Hawaii is a “computer-generated forgery.”

One of the examiners, Reed Hayes, twice voted for Obama and is based in Hawaii, while the other, Forlab, is based in Italy.

[Editor’s Note:  When we visited Hayes’s website, reedwrite.com, on Saturday morning, we received a warning from Avast Antivirus that the site was “infected.”  We did not receive such a message when landing on Forlab’s website.  A second landing on Hayes’s website yielded the same result.] 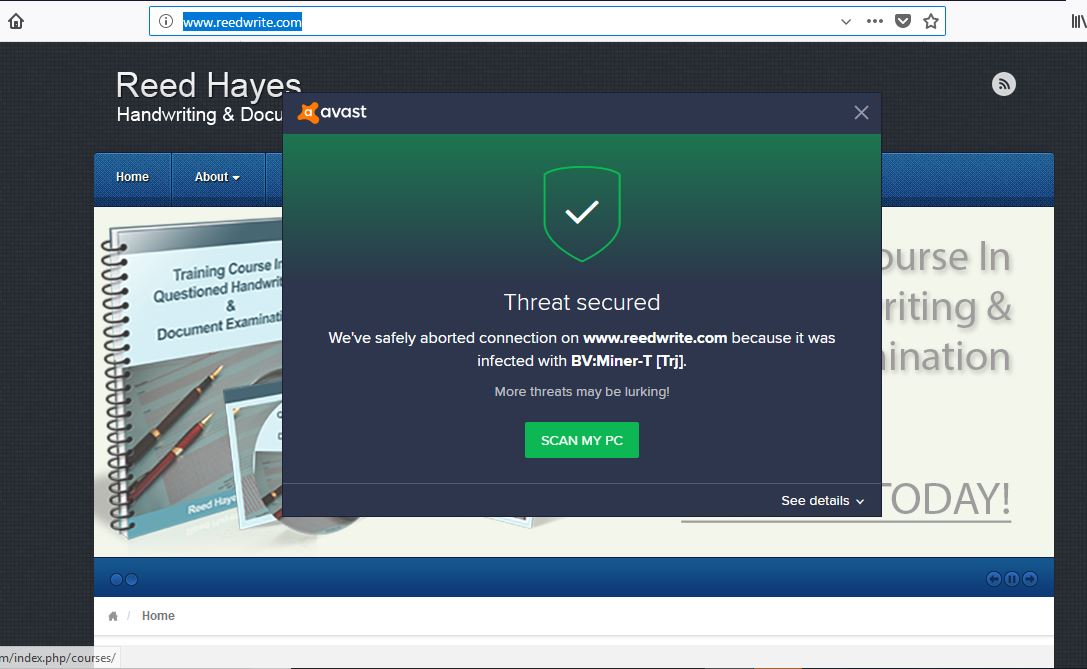 During the presser, a video was shown detailing how it is believed the Obama birth certificate image was assembled from at least one authentic Hawaii birth certificate, with Zullo interspersing the video with his own commentary to explain certain points in more detail.  The video demonstrated that at least nine items were copied and lifted from the birth certificate of Joanna Ah’Nee to a computer-created image, with a key giveaway being that all of the items were placed at precisely the same angles on the Obama image as they appeared on the Ah’Nee document relative to one another.

The document examiners issued reports stating that the probability of that situation occurring by chance were infinitestimally-small to none.

Two earlier press conferences chronicling Zullo’s findings to each point were held on March 1, 2012 and July 17, 2012, respectively, after which the FBI, the media and Congress failed to take action.

Gallups continued by drawing connections between “the Deep State,” the mainstream media, Donald Trump, Arpaio and his prosecution by the Obama and Trump Justice Departments, and recent revelations in some of the same media outlets that the FBI hired an “informant” to make contact with a number of Trump campaign aides without Trump’s knowledge.

On Sunday, Trump tweeted his “demand” for the Justice Department, which is part of the Executive branch of government, to open an investigation into whether or not his campaign was surveilled or “spied” upon by the intelligence community for political reasons.

Gallups pointed out that Trump was the person who in early 2011 pushed for the Obama White House to release the “long-form” birth certificate to presumably prove Obama’s eligibility for the presidency.  At the time, Trump was considering a run for the Oval Office himself but later decided not to run in 2012.

“Now that Donald Trump’s in office, we see the Deep State at work,” Gallups said.  “Now he’s the president, and what has happened?  The Deep State has unloaded on him…the Obama DOJ and other entities were responsible for trying to put Sheriff Arpaio in jail on trumped-up charges…” he said, referring to the Justice Department’s prosecution of Arpaio for criminal contempt of court, a federal judge’s agreement with the government, and Trump’s pardon of Arpaio last August.

On March 4, 2017, Trump claimed on Twitter that his Trump Tower campaign office had been “wiretapped” to much media ridicule.

“I’m convinced this birth certificate issue is one of the foundational issues to the corruption and fraud and intrigue and subversion of our nation…there was a man in the White House that might not even be from here, but we know his documents were fake,” Gallups emphasized.

He said that Trump’s demand for an investigation extends “to Barack Obama himself.”

When Zullo began to speak approximately 7.5 minutes in, he said that Trump was “right all along” to demand the release of the long-form certificate and to question its authenticity afterward despite unceasing ridicule.

Zullo then said that shortly after Trump demanded the DOJ launch an investigation into the “spying” allegation, “all of a sudden, my email inbox started to blow up.  I got emails from the Italian corporation that did the analysis for us on one side of the continent on the document and came to the conclusion that it’s a fabrication. People were engaging them, all of a sudden opening up dialog, again challenging the findings, trying to get the work product, i.e., their professional reports that I have not released yet, trying to get copies of that information, people making contacts with me, again challenging our findings and trying to make arrangements to meet with me.”

But the thing that was most incredible — and I’m telling you, these people are not the sharpest people on the shelf, I mean the drawer; they’re not the sharpest knives — they hit me with information that the only way you could possibly know — and some of it you didn’t even know when I shared it with you — the only way you would have known this is if you monitored my personal communications.

“…So what is that telling you?” Zullo responded.  “…You’ve got the President of the United States…who knows…that with the stroke of a pen he can order an investigation, and all of a sudden people start coming out of the woodwork again trying to challenge a press conference and findings that happened over a year and a half ago.”

Further Zullo, said, the challengers attempted to suggest that they “tried to give me alternatives” and that they had the “solution” to Zullo’s allegedly faulty conclusions.

Zullo called the technique a “game” to try to pry information from him or “confuse” him “because you can’t figure out how we did what we did.”

When Gallups asked him for a closing statement for the segment, Zullo said, “This right now to me is a validation that we were right about that certificate, and this is going to go deeper, because I personally believe, aside from Obama, all roads lead to John Brennan with this birth certificate.”

CIA Director under Obama, Brennan has shown particular animus toward Trump on Twitter and on MSNBC, where he is now a commentator.

What Did Mike Zullo Reveal about Obama’s Long-Form Birth Certificate on Friday? added on Saturday, May 26, 2018

2 Responses to "What Did Mike Zullo Reveal about Obama’s Long-Form Birth Certificate on Friday?"