“ANOTHER YEAR OF ABUSE BY THE STATE OF TENNESSEE” 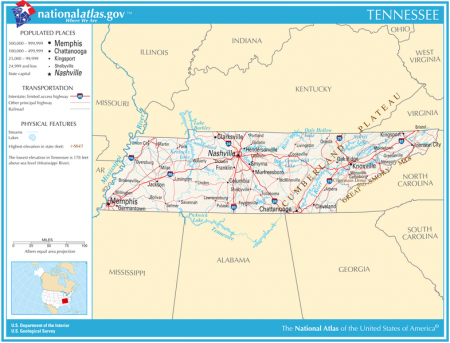 (Apr. 11, 2018) — [Editor’s Note:  The following summary was sent today by Beth Haycraft, the wife of TDOC inmate Michael Wayne Haycraft, #00277811, whose parole hearing on Tuesday resulted in a decision to maintain him in prison for another year.

Mrs. Haycraft has detailed in previous reports that her husband suffers from three distinct mental illnesses diagnosed by a psychiatrist outside of the Tennessee Department of Correction (TDOC).  She has reported little-to-no intervention by TDOC staff trained to assist her husband with his mental-health issues, which reportedly affect his behavior and ability to make sound judgments.

The issue of mentally-ill inmates in jails and prisons is not a new one.

Last October, Mr. Haycraft received a “Class A” disciplinary write-up for an alleged failure to participate in a class he had nearly completed over the previous eight months. Both Mrs. Haycraft and fellow MCCX inmate Grenda Ray Harmer, a prolific documentarian and advocate for other inmates as well as himself, reported anomalies and infractions in the write-up itself which Mrs. Haycraft presented to the Parole Board in advance of her husband’s hearing.

Mr. Haycraft has been in protective custody (PC) since October 5, 2017, which his wife believes has been injurious to his physical and mental health.  Her summary of the Parole Board hearing and its anticipated consequences follows.]

In some ways, yesterday went as Michael and I had expected; he was denied parole due to the Class A write up.  He will not go up for parole again for another year.  That means another year of exposure to the horrors of prison; another year without proper, effective mental health treatment; another year to grow weaker mentally and physically.  Another year of abuse by the state of Tennessee.

Let us review the series of events that began in October and culminated yesterday.  October 3, 2017, Michael was 14 days away from graduating the TCom program.  According to Michael, he was trying to find a suitable house unit that did not have many gang members which was why he went to another housing unit.  After he became aware that he had been spotted out of place, he panicked and hid in a laundry cart which was pushed to the outside recreation yard by another inmate.  When confronted by counselors as to his whereabouts, Michael did lie and told them he had been on the rec yard the whole time.  About 10 minutes later, he went to counselor Adam Jenks and admitted his mistake.  Michael apologized for lying more than once.  Michael applied one of the fundamental principles of TCom, which is personal accountability.  Adam Jenks told Michael he “would have his (Michael’s) a** thrown out of TCom”.  A vote was taken by TCom counselors without Michael being present and without anyone advocating for Michael.  On October 5, 2017, Michael was expelled from TCom.  Before leaving TCom, Michael was approached by gang members who demanded he pay them ‘protection’ money.  One of these gang members was in the TCom program but was not removed for extortion.  Michael requested to be moved to protective custody.  Following an investigation by Internal Affairs, Michael’s claim of being threatened was verified.  Michael was moved to p/c October 5, 2017, where he remains at the time of this writing.

I called Associate Warden Heimby on October 5, 2017.  I was informed that Michael had done something and that he ‘couldn’t fix it’.  I reminded Warden Heimby of Michael’s mental health diagnoses and how it could have contributed to the incident.  He asked me where I would like Michael moved; my response was Northeast.

One the same date, I spoke with Associate Warden Hutchinson.  I reminded him of Michael’s mental health issues.  He also asked me where Michael could be moved; I again responded Northeast.

When Michael received his write up, he was not charged with out of place; he was charged with the highest charge an inmate can receive, a Class A for failure to participate.  I have never understood how refusal to participate ranks as a Class A write up which includes charges such as murder and rape.

You have received information from Mr. Harmer as to the many mistakes made in the write up, the greatest of which was a failure to prove in what way Michael refused to participate.  You have also received a copy of the document by Amanda Hines which clearly states that Michael was out of place and lied to staff.  Michael was not charged for hiding in the laundry cart.  He was not near any entrances/exits so that did not meet the criteria of attempted escape.

At the Disciplinary Hearing, the officer found Michael guilty of refusal to participate, but based his decision on Michael hiding in the laundry cart which was not included in the charge.

Following policy and procedure, Michael filled an appeal to then Warden Phillips who upheld the guilty verdict even though numerous errors in policy were detailed.  The charge should have been dismissed even over one of the errors.  Even the date of the incident was incorrect.

Michael then appealed the decision to Commissioner Parker, who within one or two days upheld the Class A write up.  The response was so rapid from the Commissioner, one could question as to whether or not he even thoroughly read the appeal.  If he had, he would have seen the numerous mistakes that were grounds for dismissal.

At any point, someone from MCCX could have stepped up and taken a stand on the behalf of Michael and the misuse of authority through the form of personal vindictiveness towards Michael.  Even the statement of Jenks to Michael (Michael has been consistent in relaying his understanding of events for over 6 months) shows a lack of professionalism by taking Michael’s actions personally: If you lied to me, I will have your a** thrown out of TCom!  The other counselors who had worked with Michael prior to Jenks’ arrival at TCom could have stood up for him, but did not.  Michael’s lack of any other disciplinary action while in TCom could have been taken into account.  Other inmates had been caught out of place, but did not receive the same harsh punishment.

Good job, Jenks; good, job Corizon; good job state of Tennessee.  You’ve brought more harm to a mentally ill man and his family.  You should be really proud of yourselves when you look in the mirror.  Sounds like the kind of people that enjoy pulling the wings off flies or shooting fish in a barrel.  Participation trophies to each and every one of you.

I feel so angry.  I arrived at MCCX at 7:45 am; it was 12:15 pm before Michael had his hearing due to him being in p/c.  I will give credit where credit is due; the officers apologized for making me wait.  I told them it was alright, everyone makes mistakes.  I really think they were also appalled at what took place, but were not in a position to do anything about it.  The one officer I recognized from visitation; I would speak to him and ask for a Bible.  Some of the officers had the Bible ready for me when they saw me walk through the doors.

Yesterday was the first time I had seen Michael since Oct. 1, 2017.  At first, I didn’t recognize him and then my heart broken because he looked so different.  Six months locked down 22-24 hours a day takes quite a toll on a human.  He was so pale, so broken.  I wanted to cry, but that would have been unprofessional, wouldn’t it?

When I spoke with Amanda Hines and Dr. Olroyd in March, we discussed conservatorship for Michael; they told me they could help me do that.  I explained that Michael had had the forms for years but no one was willing to help him fill them out.  They also told me they would schedule a time for me to meet with them face to face.  I requested they schedule a time on or near the hearing date.  That was the last I have heard from them.  Hmmm…if someone tells you they will do something and then they don’t, couldn’t that be considered lying?

Michael has repeatedly told anyone who would listen that he couldn’t go to Central or West Tennessee due to a past incident with gangs where he was stabbed.  And yet last week he was given transfer orders to the Turney Center.  Hmmm…could this be viewed as retaliation?

Those things will have to be decided by someone much higher than myself.

All I know is the chain of events at MCCX that have lead to further harm to a mentally ill inmate and his family all because a Corizon counselor decided to take the actions of a severely mentally ill man personally and that no one had the ***** to stand up and say that what was going on was wrong other than Grenda Harmer.

Adam Jenks made it his mission to harm Michael and he did.  Amanda Hines and the other counselors went along with it.  The Disciplinary Hearings officer decided to find Michael guilty on something he was not charged with.  Warden Phillips goose stepped right along behind and so did Commissioner Parker.  After writing to Gov. Haslam, I received a real nice form letter; he took it all seriously enough to not even realize I’m from Virginia.

Great state you have there, Tennessee.