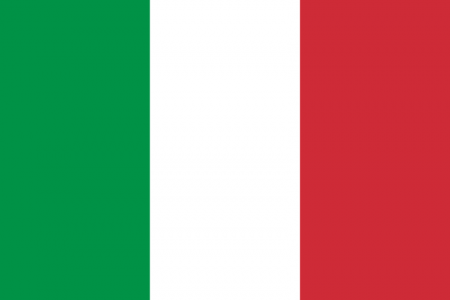 (Mar. 5, 2018) — “Good evening, ladies and gentlemen, and welcome to ‘The Pulse of the Nation,’ the most watched info-news show in its time slot. We’re going to take you to Naples, Italy, for an on-the-spot election report by our very own intrepid explorer, Professor Wert. Hello, Wert, we’re all waiting anxiously for your report after this quick commercial.”

“By the way, Wert, how come you’re not in Rome, the election headquarters?”

“Good question, but my expense account didn’t include sightseeing tours, so I chose Naples because of a great restaurant I visited when I was in the Navy a few years ago.”

“The food was that good? Have you gone back?”

“The food wasn’t only that good, but through the years it’s reached the Nirvana stage; the epicurean center of the universe; in short, a memorable satisfying meal.”

“What was it? What did you order?”

“Lasagna, plus a bottle of wine.”

“It would if I told you, when the waiter brought the check, I waved my hand over the empty plate and empty bottle of wine and, because I didn’t speak Italian, I said, ‘Uno mas, por favor!’ And then a second plate of lasagna and a full bottle of vino appeared before me and, once again, I cleaned the plate and emptied the bottle. At the end I asked to see the chef and as he came out of the kitchen I said, as I put my fingers to my lips, ‘Mama mia! Magnifico!’ So I’m thinking of finding that restaurant and asking them if they remember an American sailor giving them the greatest compliment possible.”

“I get it. Well, I wish you luck on finding that restaurant. Do you remember the name of it?”

“No, but I remember that I was told it was used as a German headquarters during the war because it was ‘in the side of a mountain.’ Anyway, let me say that the two Italian political parties that got the most votes don’t want any of these so-called Muslim migrants; they don’t want any part of the European Union; and they want their borders back. And that’s my report, so I’ll be off to look for the end-of-the-rainbow.”

“Okay; bye; excellent reporting, by the way, all the way from the shadow of Mt. Vesuvius. Hello, my name is Roving and we’re about to interview this executive: excuse me, please, ‘Pulse’ here; care to be on television?”

“No way; wait; maybe so; give me a chance to get my secretary out of the picture. Dixie, do us a favor, please, and get us a booth in the café.”

“My word! Was that a rock on her finger?”

“She doesn’t even rate a Synthetic Diamond?”

“That’s what we’re going downtown for; to buy her a real rock.”

“What’s your thoughts on putting tariffs on imported steel and aluminum?”

“A campaign promise kept: make the playing field ‘fair.’  Now what in the heck could be wrong with that?”

“Ever watch CNN or any of the other Fake News Stations? Excuse us while we break for a commercial.”

“No reason; this your train? See you around.”

“I guess we don’t have any originality on our show anymore. What have we here? What’s your name and what are you up to today?”

“My name is Lisa and I’m on my way to the Museum of Natural History to study the Egyptian artifacts. If it weren’t for the crazy Muslims I’d have spent a month traveling Egypt with my classmates; 30 of us spending all kinds of American dollars, but that’s not going to happen, at least not in my lifetime.”

“Yes, they really decimated the tourist industry everywhere, didn’t they? Let’s break for a commercial”

“That’s why we go to our national parks for vacation these days, and we spend a lot of time there, not just a few days, but at least a week where we check out the whole area. Here comes my train. Nice talking to you, Mr. Roving. We always watch your show and we like that Talking Dog the best.”

“Thank you, but that dog doesn’t really talk. Thanks for talking with us. Time for any more?

“Read a letter? Not really. Have to? Very well.

Are you for real? We used to get you on television and I saw Chief New Leaf when he gave a speech at the university last year, and I saw Madam Shylock at her Fortune Teller Emporium down in Florida a couple of years ago, but you seem awfully young to have been chased by sharks and been in a war.

“I’m glad we got that out of the way. For some strange reason our editor is overly enthused about these bothersome and irritating correspondences from some of our viewers. It would be a lot easier for all involved to just write a comment and send it to The Post & Email.

“And speaking of comments, we got a lot of thumbs-up for our ‘Triggers (RR)’ editorial. So what do you say we wrap this show up? So what did we learn? We learned that the Italians have a chance to get their country back by, first, kicking the Muslims out; getting out of the EU; and getting their borders and currency back. And then we learned that the CASH COW of the Middle East, tourism, has been decimated by the ruthless, mindless and fatal antics of the Muslims, who take great pleasure in torturing and murdering anything living. We learned that campaign promises are important and that fair trade is to everyone’s benefit. I think that does it. Let’s break for a commercial.”

“Okay, we’re back and look what just walked up.”

“Any husband who makes the wife wear an object that sparkles and dazzles ought to have his head examined, because it would be one heck of a lot cheaper to just have the wife carry a sign saying, ‘MY HUSBAND IS MAKING ME A TARGET. CUT MY FINGER OFF TO GET AT MY EXPENSIVE RING. FOLLOW ME HOME AND HOME INVADE, ETC.’ I saw that secretary’s ring and I must say that she’s a beautiful woman, but why draw attention to the fact? I was married to a beautiful woman and she as heck didn’t need any fancy gizmos to make her any better-looking.”

“Some men aren’t as smart as others; fact of life. I’d have to say that the day of the large in-your-face diamond is over: quality over quantity and no flashing neon lights, if you get my drift. I mean, we’re talking about married women, right? Maybe I’m not making myself clear so just forget it, but I’d be looking after the safety of my woman every second of every day. I’m getting the sign so I’ll be saying, on behalf of the crew, I’ll be wishing you all a goodnight: Goodnight.

“Good show. How about those Italians? Burger time.”