DOES HE WANT THE TRUTH? 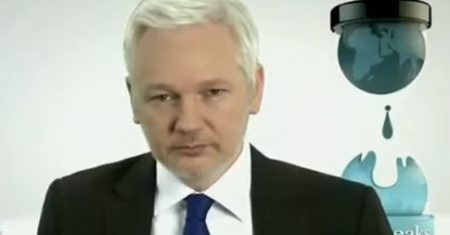 (Mar. 5, 2018) — In his Monday night show, FNC host Sean Hannity opined that Special Counsel Robert Mueller should interview WikiLeaks founder Julian Assange in regard to the origin of the thousands of DNC emails which the open-government website released in July 2016.

It was not the first time Hannity has made the suggestion in regard to Mueller’s “Russia” investigation.

Last May, Hannity had begun to publicize the theory that former DNC data director Seth Rich was the source of the WikiLeaks emails, after which left-leaning media conducted a fierce campaign urging Hannity’s sponsors to stop advertising on his show in an attempt to silence him.

Rich was murdered on July 10, 2016 in a mysterious operation termed a “botched robbery attempt” for which very little evidence appears to exist.

In an interview on Dutch television in August 2016, Assange appeared to imply that Rich was the source of the DNC emails.

WikiLeaks supporter and internet entrepreneur Kim Dotcom, who Hannity had hoped to have on his show last year, has said that he “was there” when Rich obtained the emails through a “memory stick” and relayed them to WikiLeaks.

Late last month, Dotcom claimed on Twitter that the CIA is aware of Rich’s alleged role in the obtaining of the DNC emails via a “leak” rather than “hacking,” as has been regularly contended.

Hannity ceased speaking about Rich’s death after telling his audience that the Rich family asked that he not do so.

Dotcom, who is wanted for extradition by the U.S. government in connection with his former file-sharing website, Megaupload, has said that his attorneys have advised against his revealing all of the details he knows about Rich’s alleged transfer of the emails to WikiLeaks. He recently tweeted that Mueller does not appear to want to know the truth about the DNC “hack.”

Dotcom’s attorneys have written to Mueller twice, Dotcom tweeted last week, offering to make their client available to testify, but received no response.  The first letter, sent on May 30 last year, is here.

Rep. Dana Rohrabacher, who met with Assange last August in London, has said that he is convinced that Assange has proof that the DNC server was not hacked by Russian operatives, as members of the U.S. intelligence community have insisted in a narrative strongly supported by the mainstream media.