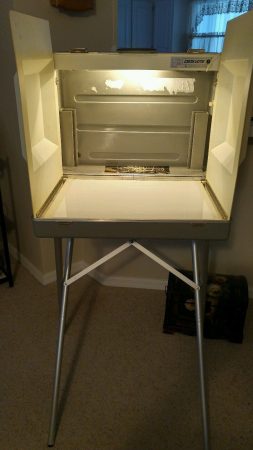 (Nov. 8, 2017) — Predictable cries of Islamophobia are heard after every terrorist attack even when jihadis screaming “Allahu Akhbar” (Allah is greater) make it irrefutable that they are killing in the name of Islam. Leftists and their apologists ignore this obvious fact and instead steer the discussion to Islamophobia. So what is Islamophobia?

A phobia is an extreme or irrational fear of or aversion to something. Islam is a set of ideas. Criticizing a set of ideas that blatantly states its intention to destroy Western civilization and replace it with a worldwide religious Islamic caliphate is not irrational. Considering that Islam’s particular set of ideas has also created a military corps of jihadists willing to die killing infidels (non-Muslims) to make their Islamist dreams come true, it is not irrational to fear it or be averse to it. Self-preservation is the most basic of human instincts – it is neither irrational nor phobic.

The Leftist/Islamist axis deliberately blurs the boundary between criticizing ideas and criticizing people to shut down any rational debate about the ideology that is Islam. The accusation of Islamophobia is an accusation of bigotry. It is an emotional and deceitful political strategy designed to restrict freedom of speech and advance the goal of open borders. Why do Leftists and Islamists seek open borders? Because both groups have the shared goals of toppling America-first President Donald Trump and destroying American democracy. This is how it works.

The Leftist/Islamist axis requires social chaos to achieve its shared ambitions. If the alliance is successful in toppling the President the Leftists seek to impose secular socialism, and the Islamists seek to impose a religious caliphate. At this moment in history their shared goals take precedence over their separate goals. War on America makes strange bedfellows and explains the unlikely partnership between Leftists and sharia-compliant Islamists.

So, what does any of this have to do with voter suppression?

California allows non-citizens to obtain drivers licenses and its 2015 New Motor Voter Law automatically registers all eligible voters to vote when they obtain or renew their driver’s licenses at the Department of Motor Vehicles. Voters are no longer required to fill out a separate voter registration form. Here is the problem. The boundary between eligible and non-eligible has been blurred which seriously threatens the integrity of elections.

Election integrity is the single most important element in a representative government. Voting is an American privilege and responsibility reserved for American citizens exclusively. The American public places its trust in legitimate elections that honestly calculate their votes. Non-citizens are not legally eligible to vote. Any policy or person that encourages illegal non-citizen voting is corrupting the integrity of the electoral process.

Why would Barack Obama invite illegals to vote? Why would Governor Jerry Brown sign the 2015 New Motor Voter Law into effect just in time for the 2016 presidential election? Because non-citizens vote overwhelmingly for Democrats. Non-citizen votes are enough to swing elections. Joan Swirsky has just published an extraordinary article exposing the vehement Democrat opposition to President Trump’s Commission on Election Integrity and his determination to investigate voter fraud.

Why would any honest American oppose election integrity? Think about it. Democrats reflexively scream “Voter Suppression” when confronted with voter ID requirements specifically designed to protect election integrity. They also reject any investigation that would expose voter fraud capable of illegally tilting elections. Judicial Watch’s Election Integrity Project discovered a shocking discrepancy between census statistics and voter registration rolls. There are 3.5 million more people on the United States election rolls than are alive among America’s adult voters! These 3.5 million “ghost voters” suspiciously coincide with the number of popular votes that crooked Hillary insists were hers. Dead voters, non-citizen voters, voting in more than one place have all been documented and the Leftist/Islamist axis wants to stop any further investigation. They scream “Voter Suppression” for the same reason they scream “Islamophobia” – the noise drowns out the honest voices demanding a rational debate about the existential dangers of voter fraud and Islamism.

What “Islamophobia” and “Voter Suppression” have in common is that they are both deceitful political slogans being used by the Leftist/Islamist axis to bring down President Trump’s government. Americans wishing to preserve the freedoms our Founding Fathers enshrined in our Constitution must oppose manipulative sloganism and actively support the courageous efforts of truth seekers like Judicial Watch’s Tom Fitton.

What do Islamophobia and Voter Suppression Have in Common? added on Wednesday, November 8, 2017

3 Responses to "What do Islamophobia and Voter Suppression Have in Common?"