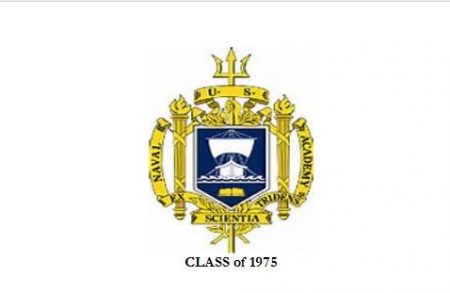 Wednesday, 8 November 2017
PAYING TRIBUTE AND HONOR AS ONE OF WE BAND OF BROTHERS
75th Remembrance: OPERATION TORCH

As the military member who declared “resident” OBAMA a FOREIGN BORN DOMESTIC ENEMY in commission of TREASON on, I rise up again to stridently challenge the military discipline process in the handling of Sergeant Beaudry Robert “Beau” Bergdahl’s cause and must demand civilian judicial intervention and oversight as provided for in the 1857 Dynes v. Hoover case precedent.

You are called to duty Secretary Mattis to order Defense Department attorneys to aggressively pursue U.S. Supreme Court judicial oversight and review of the Bergdahl court-martial, under the legal and moral authority of Commander-in-Chief Donald John Trump, citing Dynes v. Hoover as legal justification. In obedience to your oath you are mandated to seek remedy and relief by way of petition to the United States Supreme Court to invalidate Bergdahl’s military court and then order a rehearing, either civilian or military, of the Bergdahl case.

(1) Bergdahl’s military court did not have jurisdiction over the subject or charge; or

(2) Bergdahl’s military court failed to observe the rules prescribed by the statutes for its exercise.

In Bergdahl, injury to the court-martial system is manifest and outrageous. It is affirmatively demonstrated complicit with other violations of the Uniform Code of Military Justice (UCMJ); the pre court-martial investigation consequent Bergdahl’s self-admitted desertion was partial and incomplete. Military due process was not applied in a fundamentally fair way. That is to say: In the hands of White House “resident” and traitor Obama, the exercise of military due process was grossly unjust and unfair to the three men who were injured and six killed while searching for “traitor Beau,” a betrayal to each of those men and a betrayal to every U.S. armed forces Veteran.

Issues to consider in the Bergdahl circumstance are many.

Barack Hussein Obama was declared a foreign born domestic enemy in March 2009. The traitor Obama was called out for his treasonous administration of the military consequent Obama’s deployment of active duty military police responding to a civilian police action.

The charge for treason naming Obama rose up from the U.S. armed forces, and was ignored.

Obama was clearly identified as an infiltrator, a traitor, and an impostor holding “residency” in the White House. Obama was forbidden as a matter of constitutional law from commanding the scope and operation of the military discipline system; courts-martial in particular. Yet: Obama’s treasonous administration of military, and U.S. government continued unobstructed, full speed ahead throughout his entire residency.

Nothing about traitor Obama’s stolen identity and expressed stolen valor while illegally occupying the White House meets constitutional muster. No military court held jurisdiction or authority to convene and administer the military courts in the absence of a constitutionally recognized, legal commander-in-chief.

So much for satisfying the first Dynes test stated above.

Obama’s abuse, misuse, disrespect and attacks against our comrades-in-arms are legend.

Obama deployed active duty military police to what was clearly and exclusively a civilian police action. Obama set up our Special Forces operators for ambush in the EXTORTION 17 debacle. Obama stood down Army and Navy forces racing to Libya, Benghazi to save U.S. embassy personnel from brutal and terrifying assaults. Obama relieved the officers of command who tried to fight back.

Meanwhile, Obama aggressively promoted many who did Obama’s bidding.

Because of Obama, and Obama’s Pentagon, actions of the military courts in the cases of Army First Lieutenant Clint Lorance, Lieutenant Colonel Terry Lakin and Staff Sergeant Raymond Girouard must all be made to come under and suffer civilian scrutiny citing the 1857 Dynes precedent.

I add to the Army cases that must be subjected to review those of the U.S. Marine Corps in the various court-martials of the “Camp Pendleton Eight” Convening Authority Mattis, particularly the court-martial of Sergeant of Marines Lawrence Gordon Hutchins, III. And more!

I refuse to apply the honorific “judge” in a court-martial setting. I offer here calling a military discipline officer a “judge” is like calling Punxsutawney Phil a weatherman.

Solidly a soldier obedient in “Obama’s Pentagon” racket, Nance ignored the real influence exerted in the Bergdahl situation expressed and issuing from Obama himself. Expression of traitor Obama’s political ideology and ideations was odious as they dripped all over Bergdahl’s military discipline experience.

For instance: Traitor Obama placed gag orders on soldiers who knew the truth, who knew in the moment Bergdahl was a deserter.

Because of Obama, officers prosecuting Bergdahl refused to cause the gag order to be lifted, and refused to call fellow enlisted soldiers who knew first hand about and condemned Bergdahl’s desertion as prosecution witnesses against Bergdahl.

Under the pretense of a prisoner exchange in the Bergdahl situation, Obama returned enemy combatants back to their fighting positions taken up against American military members thereby aiding, abetting and comforting an enemy force.

For any number of added reasons, the military prosecution of traitor Bowe Bergdahl went way off the reservation and well outside the lifelines of the procedural statutes representing controlling authority for the conduct of court-martials.

In keeping with civilian oversight of the U.S. armed forces is civilian run, Army officers handling of the Bergdahl case is ripe for civilian scrutiny applying the Dynes v. Hoover test.

All Veterans and many Veteran family members have a stake in this. We all have a stake in this. Each one of us holds standing in rising up the same challenge found here. Individually, signing your own names to challenges and complaints styled to your particular circumstance and signed out by your own hand. I urgently endorse, recommend and insist upon a “we band of brothers” blowback.

Resolute and relentless, I remain…BORN FIGHTING,

Signed and issued before me,