This is What We Are (RR) 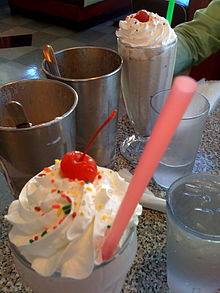 (May 29, 2017) — “Good evening, ladies and gentlemen, and welcome to ‘Pulse of the Nation,’ the television entertainment show that grabs your attention. For you longtime viewers, I’m sure you’ll recognize where we’re broadcasting from: Professor’s Zorkophsky’s office here at the university. ‘Zork,’ as the professor prefers to be addressed, just made the Best Seller list yet again with his new book, ‘What if We’re the Aliens?’

“Hello, Zork, and thank you for the invite. Care to tell us what your new book is all about?”

“Be glad to; after all, that’s why you’re here, to boost my sales. Do you have any idea how much a sailboat goes for these days? What used to sell for $1,000 a foot is now $10,000 a foot. I’d say ‘highway robbery,’ but it’s more like ‘We’ve been bordered by pirates!’ And they say there’s no inflation, my foot.

“I used to live next door to an old geezer and he taught me the fine art of retirement. One of the things he taught me was to have all your work done by noon, both at home and away: no mowing the lawn past noon or going to the store or afternoon dentist appointments. Another thing he taught me was to throw all your receipts in a shoe box, and I asked him why. He said that the government lies, so if you want to know the true devaluation of your money, you have the proof. So I said, ‘Say what?’  He said, ‘Inflation, boy, inflation. The government, any government, always hides and disguises inflation data. Remember that. And the more they go down the dead-end street of Socialism, the more they hide the truth.’

“Anyway, we’re here to talk about my book. Have a seat and allow me to read from the beginning:

I have been known to slither through grass, but mostly I travel among leaves, under logs and over the rocks that lie along creeks and streams. I just had a revelation and I’ve got to share it with someone, anyone. This mouse will do, but first I’ve got to catch it and, while I’m swallowing my meal, I’ll imagine my conversation, which will go like this:

As soon as I became self-aware my life changed. I’m sure my blood pressure lowered and my thoughts turned from, if not off the wall, at least from not necessarily ‘Wipe them all off the map’ to a more sedate ‘Wipe most of them off the map.’

You see, Mister or Mizz, whichever and whatever, Mouse you are, I just realized what I am: I’m a serpent, a reptile, one of God’s creatures who make their home on land that’s not too cold.

And that’s what I wanted to tell you. I felt it was, somehow, important. I feel better having confessed the truth, just as you feel better for having heard the truth; of this I feel confident. I’m mean – no pun intended – it feels good to have a contented meal.”

“Well, ah, maybe I should’ve, ah, was that necessary? Did you have to read all of that? And what the heck does it mean?”

“It means to pay attention, I think. Look, I’m just the writer, okay? I write the manuscript and send it to the publisher, who rewrites it and finds a printer who finds outlets and hopes it sells. So far our trio has done very well, money-wise, although the critics have been a little harsh.”

“They tend to use words like, ‘Sensational’ and ‘Stir-up-the-pot,’ but as long as the money flows, who cares?”

“Okay, what’s the book about, aliens?”

“It’s a book about ‘Self-Awareness,’ about who we think we are compared to who we really are. It’s going to be a textbook someday, you mark my words.”

“You have a chapter titled ‘Meaningless Military Salad Bars.’ What’s that one all about?”

“Simple. Let’s say you’re in the military and you’re in the band or Honor Guard stationed in Washington, DC. How do you think they get their ribbons on their uniforms? I’ll tell you: they get the Afghan Campaign ribbon by flying to Afghanistan, getting off the plane and walking around it, getting back on and flying home. Presto: a valid campaign ribbon.

“The only people who deserve any kind of medal should go to the medical guys and gals, and maybe those little pieces of colored cloth will, someday, really mean something. Anyway, you asked.

“I met that Vietnam Vet and his talking dog, you know, since I’m kind-of an ‘honorary member’ of the ‘Corner Gang.’ Anyway, the dog said he was in Vietnam and came up with some good ideas; saved some guys; got wounded and could’ve been killed. He also said that the commendations and medals are all political and I, for one, believe him. He said he just did what he was supposed to do and to get awarded for that is for the birds. Anyway, that’s what he said. He turned down the Purple Heart, you know.”

“You mean the dog talked to you? In person?”

“I swear he did. I mean, the Vietnam Vet was actually doing the physical talking part, but it was the dog that was thinking up the words. Does that make any sense?”

“Not in the least. Look, good luck on your book, okay?”

“Okay, and thanks. But one last thing: to say you’re for Freedom and Democracy and Equality and you still allow Muslims to be within the borders of your country, our country, means there’s a definite disconnect between you’re pretending you’re a patriot and where you really stand in defending the Constitution. And on that point we must be very clear. Good day.”

“Very well. And we’ve gone into extra innings once again and so, on behalf of the crew, I want to wish each and every one of you a goodnight: Goodnight.

“Crazy show. If we ever deserved a burger and a shake, now’s the time: my treat.”