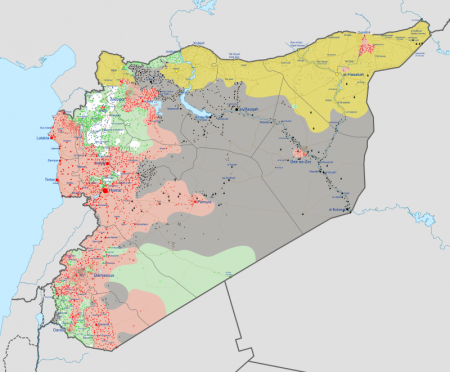 (Apr. 15, 2017) — In 1986, United States President Ronald Reagan authorized military aircraft to unleash a torrent of bombs in Tripoli, Libya to send a strong message to Libyan dictator Muammar Gaddafi. The attack was in response to Gaddafi’s involvement in the terrorist bombing of a Berlin disco that resulted in the death of American soldiers.

After the successful attack, terrorists around the world understood that President Reagan was a serious adversary who would not hesitate to utilize the American military if necessary. Thankfully, Reagan did not follow the bombing with an invasion of Libya or additional military actions in the country. He realized that the military should be used sparingly and only when the national security interests of the United States were threatened.

During his two terms, Reagan rebuilt the American military, improved pay and pride in the armed services and restored our standing around the world. He also signed significant and historic arms control agreements with the Soviet Union and played a major part in the Iron Curtain collapsing, freeing millions of people from the grips of communist tyranny.

Reagan’s presidency followed the motto, “Peace through Strength.” This is one of the phrases that presidential candidate Donald Trump repeated often in his successful campaign, along with the other popular refrain, “America First.” These messages connected with millions of Republican voters who were tired of being misled by establishment GOP politicians. Trump was also able to connect with Rust Belt Democrats upset about our jobs and factories being shipped overseas.

As a candidate, Donald Trump also emphasized the folly of the war in Iraq and the huge financial cost to our country. He expressed remorse for the many lives lost and the toll on those injured. Therefore, in the aftermath of the successful bombing of a Syrian airport last Thursday night, President Trump should tread carefully as he weighs his next step.

The bombing received the approval of between 50-57% of the American people. While these are good poll numbers, they are certainly not overwhelming. In 2001 and 2003, the American people gave much stronger support to President George W. Bush as he launched the wars in Afghanistan and Iraq. Possibly, the lower poll numbers reflect the war weariness of the American people, who have had to endure 16 years of wars, $6 trillion in investment, the deaths of thousands of our military heroes and the mind-boggling number of over one million service men and women wounded in the wars.

Despite the massive American military involvement in the fight against Islamic radicalism, there has been a growth in terrorism and chaos and the conflicts have spread to Yemen, Libya and many other countries. Other than Israel, there have been no stable democracies established in the Middle East or the creation of safe zones for Christians, Jews and moderate Muslims. Sadly, it has been just a continuation of radical Islamic violence.

With so many warring parties involved in Syria, the path forward looks quite murky. In a new CBS News poll, only 18% of Americans expressed support for the incursion of ground troops into Syria. This reluctance is undoubtedly because of the negative experiences Americans have from the ongoing wars in Iraq and Afghanistan.

Presidents Bush and Obama continued the military campaigns despite the tremendous financial costs and the horrible toll on not only American service men and women, but also the long-suffering people of the region.

While President Reagan was undoubtedly successful in his two administrations, his successors have not been as fortunate. One reason Reagan was successful is that he focused on domestic problems and did not get bogged down in foreign wars. At this point, President Trump should reflect on the success of Reagan and the problems of the administrations that launched the wars in Iraq and Afghanistan that still rage today.

Today, some Trump administration officials are calling for a regime change in Syria. The President only needs to look back at previous efforts in Iraq, Libya and Egypt to see how America fared when we became involved in campaigns to remove Middle East dictators. Sadly, the plight of those countries deteriorated from bad to worse, a result the world can ill afford in Syria.

Mr. President, Follow in the Footsteps of Reagan, Not Bush added on Saturday, April 15, 2017