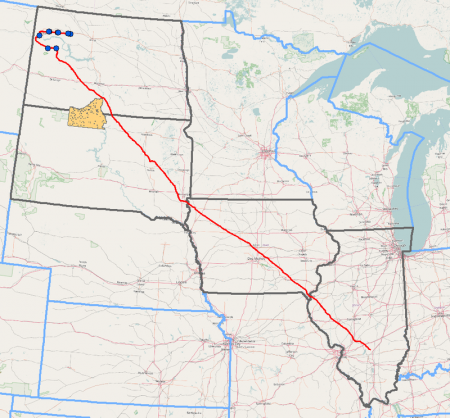 (Nov. 20, 2016) — Is this to be our future? Last week’s elections will soon end autocratic rule via executive fiat, the war on coal and hydrocarbons, IRS agents targeting conservative groups, government SWAT teams invading businesses and homes, and numerous other Abuses and Usurpations.

Amid it all, the epitome of nihilist, watermelon environmentalist, criminal, sore-loser fury is raging south of Bismarck, North Dakota, where thousands of “peaceful protesters” are camping illegally on federal and private lands, “venting their anger” over the Dakota Access Pipe Line.

This $3.8-billion, 1,172-mile, state-of-the-art, 30-inch conduit will carry 470,000 barrels of oil daily from the state’s Bakken oil fields to Illinois. It’s about 85% complete, and the only segment left to be finished in North Dakota is a 1,000-foot passage under Lake Oahe, a manmade reservoir on the Missouri River. DAPL runs parallel to the existing Northern Border natural gas pipeline, through the same area and under the lake.

Since it is underground, once it is installed and grasses are planted, the pipeline will be invisible except for occasional pumping stations, valves and other facilities. Modern metals, warning systems, automatic shutoff valves, 24/7/365 monitoring and other safeguards minimize the risk of spills – and nearly 140 revisions rerouted the DAPL around populated areas and sensitive ecological, archaeological, sacred and historic sites. The pipeline is 99.98% on private land and is covered by easements and other agreements. 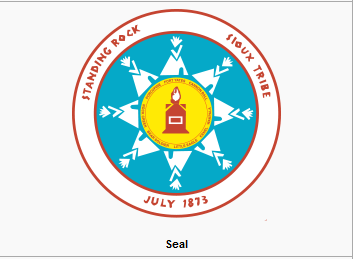 All these and other issues were addressed repeatedly and thoughtfully during a three-year, 389-meeting review and approval process. Landowners, communities, environmentalists and citizens provided input, and 55 Native American groups were consulted. Prominent in their refusal to participate were the Standing Rock Sioux, whose reservation is a half-mile from Lake Oahe, where the pipeline is set to cross.

Only now are Standing Rock tribal leaders and members voicing opposition. Not surprisingly, they have been joined by Indians from across America, and by a motley assortment of activists, agitators and anarchists whom friendly media and politicians insist on praising as “peaceful resisters” against an industrial intrusion that “threatens” the climate, tribal culture, drinking water, historic artifacts and sacred sites. A United Nations “special rapporteur” on human rights claims law enforcement officials are using “violent” tactics against arrested protesters and subjecting them to “inhuman and degrading” conditions!

These claims are “tonka chesli” – Lakota for “nonsense.”

These thousands of militants are trespassing. They’ve wiped out forage that ranchers were depending on to feed their cattle and bison during fall and winter months. They blockade roads and rail lines, set fires to make passage impossible, and harass reporters who question their actions. One tried to shoot a deputy. They have burned bridges, destroyed millions of dollars of construction equipment, chased livestock until they lose their calves or die of exhaustion – and killed, maimed or eaten cattle, horses and domesticated buffalo. They’ve promised far more destructive actions and even issued death threats against their critics.

A favorite tactic employs “peaceful dissidents” and “prayer groups” to block and distract ranchers and sheriff’s deputies from an area, while others destroy nearby fence wire and posts. One rancher told me repairing just the fence on the ranch where they graze buffalo will cost at least $300,000 and weeks of hard work. The anarchists obviously don’t care about innocent people who are caught in the middle.

Other ranchers’ lost forage and animals, time and fuel spent on repairs, and other expenses will cost well over $500,000. No one has offered any compensation, even though the militants have millions of dollars.

Washington Times journalist Valerie Richardson reports that, as of November 1, the militants’ Sacred Stone camp alone raised $1.3 million for supplies on GoFundMe and $1.2 million on FundRazr for legal defense. The Red Warrior Camp quickly collected $142,000 via GoFundMe and $105,000 in legal defense cash on IndieGogo, even though the Standing Rock council is frustrated and wants them gone.

Rumors run rampant that the “protesters” are also raking in bundles of welfare checks, plus “charitable and educational contributions” from “progressive” billionaires like Tom Steyer (coal), George Soros (currency speculation), Warren Buffett (railroads and tanker cars); outfits they fund, such as the Tides Foundation, 350.org, EarthJustice and Indigenous Environmental Network; and various Russian, Saudi and other foreign sources that would like to keep US oil and gas locked up.

Perhaps the abundant cash will attract corporate and pro bono lawyers, legal foundations and attorneys general who can freeze the assets and pursue individual or joint and several liability claims, plus punitive damages, to compensate ranchers, other locals and companies – and dissuade future lawlessness.

Last January, 26 peaceful ranchers who encamped on federal wildlife refuge property in Oregon were arrested, one was shot and killed, and the survivors were charged with, tried for (and found not guilty of) theft, conspiracy and weapons violations. Many wonder why these North Dakota militants and criminals are getting a free pass, glowing press coverage, and millions of dollars from crime-financing enablers.

The nearly completed DAPL has to cross the river somewhere and will pose the same low pollution risks wherever it goes. But it will be built with the utmost care, with the best technologies and materials.

So what is actually driving these destructive, vindictive, violent protests against this convenient “poster child” pipeline?

* The “keep it in the ground” anti-hydrocarbon movement prefers blanketing the USA and planet with billions of solar panels, wind turbines and biofuel fields to produce expensive, subsidized, unreliable energy – while killing birds, bats and other wildlife by the millions – rather than producing affordable energy-dense fossil fuels from holes in the ground, and transporting them by pipeline. (Standing Rock Sioux Chairman David Archambault II supports much greater emphasis on renewable energy.)

* Radical elements among Native Americans (and Canadian Indigenous Peoples) want to control the land, water, energy and lives of white people whose predecessors took their ancestral lands. Their feelings are understandable. But imagine the chaos this would cause and the precedent their success would set for Europe, Latin America, China, Hawaii, the Middle East and beyond, as PC politics rewrite history.

* The anarchists think they have a right to vilify and void laws, processes, approvals and property rights – even threaten lives. 90% of those arrested have been out-of-state agitators, and many get paid to create chaos.

* And of course, they are outraged, inconsolable and defiant over Hillary Clinton’s loss to Donald Trump.

They have no grasp of basic facts. Pipelines are safer than trucks or rail cars. This low-pressure line is state-of-the-art and will be monitored constantly and inspected regularly. High-cost renewable energy impacts small businesses, hospitals, blue-collar workers, and poor and minority families the hardest. And President Obama’s refusal to accept a court order or speak out against the crime is fueling the insanity.

Hopefully, President Trump, governors, AGs, other elected officials, and publicly-spirited lawyers and judges will do the right thing: shut these anarchists down, compensate ranchers and other victims – and award punitive damages against the Big Green operatives who have caused so much damage under the guise of freedom of speech (for them only) and phony concern for Native culture and the environment.

Then finish the pipeline, renew our focus on energy we can count on, and put America back to work.

One Response to "Pipeline Anarchy"