“AN EXERCISE IN STUPIDITY” 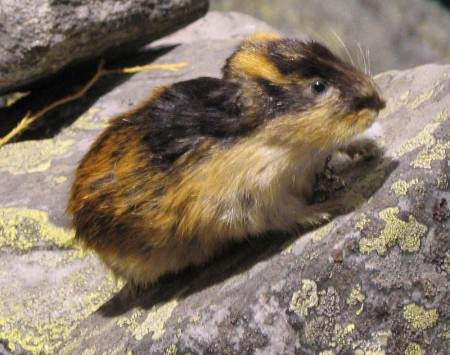 (Nov. 20, 2016) — “Good evening, ladies and gentlemen, and welcome to ‘Pulse of the Nation.’ Not to start on the wrong foot, but we’re desperately disappointed that retired General Jack Keane didn’t accept the position of Secretary of Defense. We do, however, respect his decision nonetheless and wish him the very best in his retirement. I do hope, however, he will continue to put his two cents in whenever he feels the need, for his two cents’ worth is anyone else’s doubloon’s worth.

“As you can see, we’re back on our corner across from the railroad station, under our awning waylaying people on their way to the big city, some to work or school, while others to shop or visit one of our many fine museums. And here comes onE of our regulars, the Vietnam Vet with his dog.

“And we say the same to you and your fine crew. So what’s the question of the day?”

“Not much other than, ‘What are you up to today?’”

“Good question and glad you asked. Look here, I’ve designed a bumper sticker that I plan to sell for $5.”

“I see that. That’s nice, maybe a week late, but I like the message. I once saw a bumper sticker that read ‘THE PARANOIDS ARE AFTER ME.’ So you’re a Trumpster?”

“First I’m for the Constitution, so I’m automatically a Trumpster. What I fail to understand is why Hillary even got ONE vote. Lot of delusionals in our country; I mean, she got our Ambassador — Chris Stevens — murdered, for Pete’s sake. What I want to know is who gave the ‘Stand-down order;’ are you with me?”

“Me and 100 million other Americans.”

“Don’t want to seem rude, but there’s my train. Enjoy your show.”

“I know: the dog and you watch it every night.”

“I’m an Assistant Professor at the university. Matter of fact, I’m Professor Zorkophsky’s assistant. Like your show. So what’s the question for the day?”

“What are you up to today?”

“What about my views on ‘World Peace’ and other such nonsense?”

“Nope. Look, forget ‘World Peace’ make-believe mumbo-jumbo. The only time we ever hear that question is during a Miss America pageant. We don’t want to hear about any ‘maps’ meltdowns; all we want is the swimsuits and measurements. They used to do that, you know, plus the weights. Toss the talent out the window and ‘Evening Gown Competition’ and stick to the basics: is she or isn’t she a Fox?” 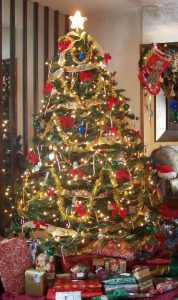 “Yes, you got it. And you could still have a two-hour-long show. Heck, put in a little dialog and call it ‘Movie of the Week’; make it a Christmas special: girl returns to quaint hometown to discover ex-boyfriend is the owner of the hardware store and still yearns for the Homecoming Queen, that sort of meaningless pabulum, that hits the emotional ones. Have the soundtrack made up of Bing Crosby Irish tear-jerkers and Christmas songs about ‘dreaming’; throw in some cowboys numbers about ‘open spaces.’”

“That’s right. Have it snowing; blizzard on the way. She parks near the hardware store in front of a fire hydrant but she doesn’t notice because there’s four feet of snow on the curb and the hydrant is buried, and then they notice the flashing lights of the tow truck as her car is being hooked up by the part-time only cop in town who turns out to be . . .”

“I’m attending a symposium to try and figure out why the truth has become taboo. For every Liberal, for every Hillary/Obot, there is a mind closed to the truth, and we’re trying to figure out where in the evolution of human thought the short-circuit occurred.”

“Somewhere it became seemingly advantageous for the mind to lie to itself, which we call the ‘Lemming Effect.’”

“Little mouse-like creatures that, whenever the population outstrips the food source, they commit hara-kiri and jump off a cliff. The ‘stragglers’ are left to repopulate the environment so they get to do it over and over and over again.”

“Got it. So what does that have to do with our idiots?”

“Everything. You see, some people are, if not leaders, than reluctant followers. Most, or half, the population are followers; I mean, real followers.”

“Could you give us an example or two of a ‘follower?’”

“Sure: ‘Hands up, don’t shoot’; ‘Obama was born in the USA’; ‘Trump is a racist’; ‘Jews are to blame for Germany’s World War One defeat’; that sort of nonsense.”

“I see. So what you’re saying is that half the population just believes anything, is that it?”

“Well, it’s a little bit more complicated that that.” 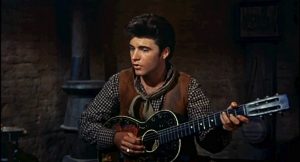 “Most people don’t have the time to diagram an argument, to dissect every crook and cranny. Most people are fools and, as such, are gullible, ready to believe the first thing they hear about a subject of which they know nothing.  A good example is that of a famous pop star – Rick Nelson — plane crashing and the paper said it was because of drugs, but the real reason was the total and complete incompetence of the pilots. Even though the paper retracted the false story – on page 10 – the original story still sticks. No, it’s easier to believe in what’s upsetting than to believe otherwise. Some years ago there was a newspaper that decided to print only the good news: no bad and upsetting news. After a week of reading about the fire department saving kittens from trees, the paper folded.”

“So people want to hear and say bad things about Trump, is that it?”

“Yes and no. There comes a point where being against something becomes self-defeating, and that’s the turning point. Most of us have no problem, while others rush out and accept the ‘Hands up’ narrative, proclaiming to the world, ‘Woe to me, a lonely and worthless soul,’ as if anybody’s listening and if, by some slim chance anybody is listening, they’d give a hoot anyway.”

“I agree. Protesting the president-elect and vice-president-elect is an exercise in stupidity. A-men. Is that your train pulling-in? Bye, and good luck in your symposium.

“I see that our time has expired and so, on behalf of the crew, I’ll be wishing you all a goodnight: Goodnight.

“Good show, especially about the protesting before the fact, as it were. Oh, right, as it is. Burger time: my treat.”

[*General Jack Keane was our, my vice president’s and mine, first choice to nominate as our Secretary of Defense had we won the 2012 presidential election. Small world, wouldn’t you say?]