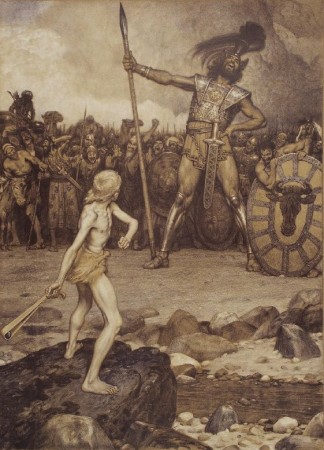 The love of America is on my mind…specifically, the longevity of America is in jeopardy. Too much blood, body parts, broken bodies, and destroyed families have been sacrificed to allow a corrupt government to continue…there must be accountability.

There are two realistic presidential choices in the November 8, 2016 election. We have never enjoyed a completely ideal candidate to lead our nation and we don’t have that person today. However, we must choose one.

Donald Trump is a leader ready to focus on law and order, will appoint US Constitution-focused Supreme Court Justices, stop the illegal immigration disaster, put teeth back into a sound economic approach, recognize ISIS for what it is…Islamic Radical Terrorism…, replace Obamacare, get rid of Common Core in our schools, restore our military, support our police, and begin the restoration of America as the shining city on the hill.

Trump is a proven leader in establishing a gigantic public empire, the principles of which are not much different from leading our nation. He is a proven developer in the economic sphere, a man who will lead from the front, a leader who recognizes and has surrounded himself with men and women of professional capability, a man who has grasped and understands the priorities of “we the people,” a man who reads clearly the “political establishment/elite” history of stealing from taxpayers and filling their own pockets, a man who will indeed reverse the downward spiral of the liberal threat to freedom and liberty, making America great again..

The other choice is Hillary Clinton, a proven 30+ year politician living off the public taxpayer, a proven perjurer, a demonstrator of fabrication underlying the Benghazi story of a video, a despicable individual who purposefully looked into the eyes of grieving mothers who lost sons at Benghazi and told them an “in-your-face” lie that a video was the cause of their sons’ death, a person willing to testify in Congress about Benghazi saying “At this point, what difference does it make?” She is two-faced, saying one thing in private and what the public wants to hear, a proven law-breaker in destroying tens of thousands of government emails, willingly violating direction by Congress in refusing to abide by a congressional subpoena, a proven threat to national security and jeopardizing military and civilian lives by including highly-classified information in emails contained on a personal, non-secure server in a non-secure facility, violating State Department regulations by having a private email system, a clear and present danger through stated policy of accepting tens of thousands of refugees into the United States from nations involved in Islamic radical terrorism without proper vetting, supports open borders and a world government approach, ignoring the United States Constitution, will make Supreme Court appointments without US Constitution criteria, and the list of offensive, dangerous approach goes on…

As Trump says, the system is rigged. He has been battling the Republican and Democrat political establishment; the liberal media is in a conspiracy to defeat him; the first two debates witnessed Trump against Hillary, the moderators, and the press who won’t stop. So here we have one man in a picture of David and Goliath and he still stands.

The backbone of Trump is of steel…is he perfect? Of course not, but he won’t quit and will indeed answer the 3:00 AM call….no matter what the evil establishment/elites throw at him, he meets the challenge and has proven where he stands is where he stands, come hell or high water.

Trump has proven he will stand for America, you and me. Now the shoe is on our foot. Will we stand with him? Will everyone of us get our boots on the ground and round up vast numbers of patriots who love America, who believe Trump is on target as the best choice, and get us all to the polls on November 8, 2016 to vote for him?

Our nation is in jeopardy of total destruction if Hillary Clinton prevails…it must not happen.

For the love of God and God’s blessing, let us do our duty, vote, and secure a reversal of the last eight years, demonstrate contempt for the political establishment elites, crush the evil, greedy, power-focused media, and move toward restoring truth, liberty, law and order in America.
Elect Donald J. Trump as our next President of the United States.