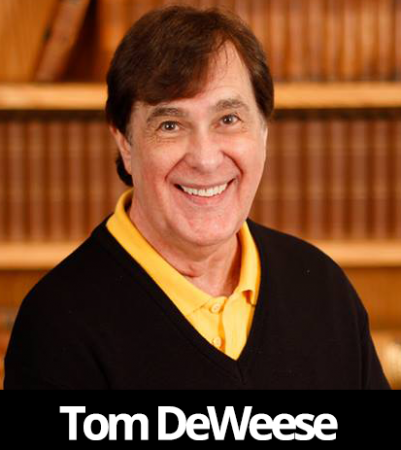 (Oct. 12, 2016) — This article was first published in The DeWeese Report in January of 2013. Nothing has changed since then except taxes are higher, government is more powerful and there are more poor in the world as the attack on free market capitalism increases. Corporations that play the Sustainability game are not free enterprise. They are its enemy. The assault continues.  Tom DeWeese

The only hope for the world is to make sure there is not another United States. We can’t let other countries have the same number of cars, the amount of industrialization we have in the US. We have to stop these Third World countries right where they are.” Michael Oppenheimer (Environmental Defense Fund)

The reminders are put in front of us every day. Poverty in the world. How horrible. Starving children. Unimaginable hardships. Hopelessness. SOMEONE MUST DO SOMETHING!

Of course, the answer for the world leadership is to throw money at the problem, either through volunteer charity programs or mandatory taxation. The problem is, after subjecting us all to this redistribution of wealth in order to sentence the poor to a lifetime of breadlines, the only thing that changes is that we have more and more poor.

What other way is there? How do we eliminate these horrible conditions and create jobs in these very poor countries? Well, in a recent article I argued that “Private Property Ownership is the Only Way to Eradicate Poverty.” It is. But there must also be an infrastructure of electricity, clean water, commerce and transportation in place as well. One must have these things to provide jobs, health, and an upgraded standard of living for the means to purchase private property, after all.

So, it seems that a good place to start the process of eradicating world poverty and ending the bread lines would be for international companies to begin to invest in such an infrastructure. Building power plants and water treatment plants would lead to the development of housing, schools, shopping malls. Better roads would spring up as people would need to get to the newly created jobs. Farmers would need to employ new ways to increase their output to feed new mouths as people from other regions would arrive seeking the much needed jobs. Prosperity and hope would overtake poverty and hopelessness. It’s the very system that helped to make the United States the richest nation on earth with the highest standard of living. Finally, instead of depending on us for their daily ration of bread, these people would be able to help, not only themselves, but others in need as well. The entire world could begin to move toward a global prosperity, which our leaders say is their goal.

There’s only one problem. Poverty is unacceptable only as long as it doesn’t hurt the environment! What? Say that again? Yes, you heard me. If such action to end poverty and improve people’s lives is somehow a threat to the world-wide plan for Sustainable Development, then such development is not to be considered.

Believe it or not, there is a worldwide Sustainable Development policy to prohibit funding of development projects in Third World countries, if the projects don’t meet the political agenda. It’s called the Equator Principles.

According to their own documents, the Equator Principles were established in association with the World Bank’s International Finance Corporation in 2003. They have been adopted by 73 financial institutions around the world, covering over 70% of international projects such as dams, mines and pipelines. Three American financial institutions are associates of the Equator Principles, including Bank of America, JP Morgan Chase, and Citigroup.

Citigroup is a major player in this process. It has used these “voluntary” green standards to turn down development loans for projects like shopping centers, power plants, and housing projects in Africa and other developing nations.

The Equator Principles and Sustainable Poverty added on Wednesday, October 12, 2016