A “CLEAR AND CONCISE WARNING” 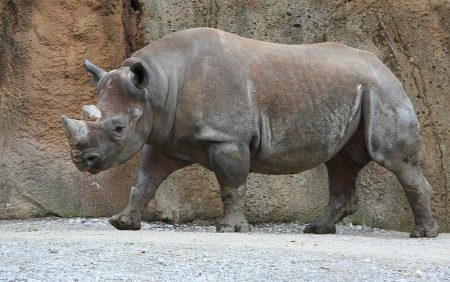 “Yes, but I got tired of the RINO jokes; you know, ‘Republicans In Name Only,’ especially since the head RINO, Paul Ryan, is fighting for his political life in Wisconsin. If I had the money I’d move to his district and help vote him out of office.”

“But that’s not what we’re here for. My editor received an email saying that one of your giraffes has some kind of special communication skills that the viewers of ‘The Pulse’ would be interested in.”

“That’s right. If you’d care to follow me into the enclosure, your cameraman can get set up and we’ll have the giraffes join us. Don’t worry; they’re tame, unless, of course, you’re a lion and then maybe not so tame.”

“Will do. Thank you.

“Good evening, ladies and gentlemen, and welcome to ‘Pulse of the Nation.’ As you can see, we’re back at the zoo where we’re going to interview the head keeper of the giraffes, Mr. Peepers. I’m Chief New Leaf and will be your host for tonight’s episode. We’re here on what’s called a ‘cherry- picker’ to be at eye level with the giraffes, I suppose to communicate better.

“My gosh! I just got licked by a large black tongue rough as nails!”

“She likes you, Chief. If she didn’t she’d try to bite one of your ears.”

“Look, this is all fun and games and must be entertaining as all get-out for our viewers, but I’m not having a whole lot of fun. Let’s cut to the chase, okay?”

“Oh, sure, sorry. Look, giraffes – or at least that I know of – don’t have any special communications skills, I mean with us, although their outlook on the world is unique among the animal world unless you’re a bat or a tree climber. The other day I was thinking, ‘What would I see if I was looking down at the world?”

“Hey, you want a news flash? Take an airplane ride.”

“You’re missing my point. Let’s say you’re in some kind of spacecraft and visiting planet earth.” 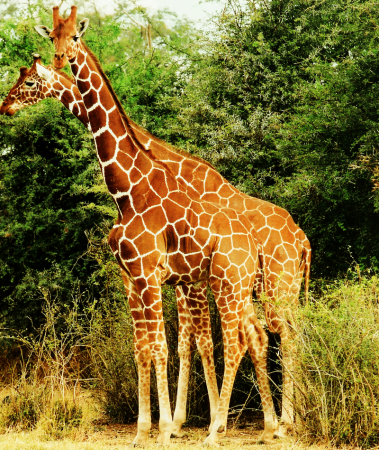 “Oh, boy. Okay. You got us up here in your cherry-picker and what, 14 or so giraffes surrounding us? A herd of giraffes, so spill it. What do you want to say? Want to wave to your friends; maybe wave to your mother?”

“What is it with you, you used to be polite. Does Roving give lessons in sarcasm? Look, as a matter of fact, I do have something to say and I was going to use the view of the giraffes as a metaphor for viewing ‘The Big Picture.’”

“If this sounds boring or amateurish, I can’t help it. I’m a zookeeper, not a professional pundit who likes nothing more than to blow his or her own horn, kind-of like Ryan, if you know what I mean. I sure hope he gets knocked off his high horse.

“Anyway, the same Secretaries of State – or at least their staff – are still at their jobs, as are the heads of the county election boards, or many of the employees that were in place just 4 and 8 short years ago. Please at least look as if you’re interested.”

“Now anybody with a lick of sense knows that Obama’s first election was crooked as all get-out, as was his second election in 2012. The counting of the ballots is what I’m talking about, you with me? Remember ACORN and all those people voting multiple times? Anyone who violates the voting laws should be jailed, but that’s just my opinion.

“Here’s the joke: This van pulls up to the curb in, well, anywhere there are ‘disfranchised’ people, you with me? Guy puts out a sign: ANYONE WITH LEGAL PHOTO ID GETS $10 CASH. And presto! Those who were just making noise moments before all of a sudden have an ID.

“Here’s my point: in this election there’ll be illegal immigrants voting; people voting without any ID; and people voting numerous times. Hold on, there’s more: PLUS the people counting the votes will be the same crooked machine that counted Obama’s votes, you with me? Do you see where I’m going with this?

“Look, Trump will win in a landslide; you’d have to be a complete idiot to vote for Hillary, right? But she’ll win the election; she’ll win the Electoral College; and she’ll win in the Congress. The nation-wide fix is in and has been for the last eight years. Let me say it one more time in case you missed it the first time around: THE FIX IS IN; HAS BEEN FOR THE LAST 8 YEARS.

“Go ahead and laugh and call me, well, maybe a Patriot; maybe a ‘Paranoid Patriot,’ go right ahead, but what I’m saying is we better start paying attention or Trump will be but a footnote just as Bernie Sanders is. And it’s time I fed the giraffes so if you’ll excuse me?”

“Ah, back on terra firma. Well, you know what? That wasn’t half bad, I mean, the clear and concise warning about how crooked the last elections were so why would we expect this one to be any different?

“It was Albert Einstein who said that the definition of a crazy person is to do the same task over and over again and expect a different outcome. Same with the voting this November, right? We go into the voting booth and expect our ballot to be counted honestly, yet our ballot HASN’T been counted honestly for the past eight years. I think the giraffe-keeper wasn’t so nuts after all.

“I’m not sure what to say about this. Our last attorney general failed miserably at his job and there’s no indication that the present attorney general, Loretta Lynch, will fare any better. Me? I’m on the side of giraffe-keeper, Mr. Peepers: anyone caught in voter fraud: jail them. No, really.

“The sound-boom girl looks like she’s having a conniption, which means that our time is up. And so, on behalf of the crew, and the herd of giraffes – along with Mr. Peepers – I’ll be wishing you all a good night: Goodnight.

“Okay, we went to the zoo where we were told we better pay attention, and we’ve only three months to get our act together to be able to count the votes honestly, hopefully. Hey, Peepers, come on and join us for a burger: my treat.”