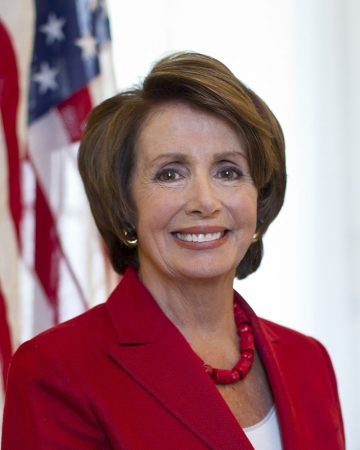 (Jul. 17, 2016) — “Good evening, ladies and gentlemen, and welcome to a special edition of ‘Pulse of the Nation.’ Hello, I’m Chief New Leaf filling in for Roving Reporter, who is at the National Cemetery  in Boulder City, Nevada, working on a story about the brave men and women who are buried there.

“Our seasoned viewers can readily see where we’re broadcasting from: that’s right, we’re back in Professor Zorkophsky’s office here at the university. Hello, Professor. What news do you have for us this time?”

“Please, Chief, call me ‘Zork.’ These wanton brutal murders of our police officers are not senseless, as I’ve heard some pundits say. There’s a rhyme and reason to it all. There’s numerous facets to these murders, you know, but they all point in one direction and one direction only: Sharia Law.”

“What the heck does Sharia have anything to do with the price of rice – or is it bread? – in China?”

“Of course I’m a Birther, as we all should be. Look, Chief, I know you’re a Birther, too, and so is Roving, and so is everyone with a lick of sense. This Obama character isn’t a natural born American, we know. He is, simply and obviously, a Muslim illegal immigrant who was placed in the White House because many, many millions of dollars – make that ‘Petrol Dollars,’ the money we’ve been paying the Arabs for the past 100 years – was paid out to corrupt officials, from county Election Board supervisors to each and every Secretary of our individual states, to have Obama’s name placed on the ballot. For those public officials, either career politicians or career bureaucrats who didn’t receive money, they just broke the law for free; in other words, they were used.”

“Are you saying that this is all part of a plan?”

“What I’m saying is that Obama and his friends, the Muslim Brotherhood, are following the plan that was used by the NAZI Socialist Party in 1930’s Germany.”

“To abolish the Second Amendment, that’s what. The key is to get our guns. Look, ever since Obama got in the White House he’s been, step by step, destroying our country.

“The first thing Obama pushed through was the building block of his brand of Socialism – Obamacare – and then he changed the wording of the UCMJ so what LTC Terry Lakin did wouldn’t happen again.”

“I remember Lakin. How come everyone didn’t sign on with him?”

“That, my friend, is the price of not having the Draft; in other words, what our military is becoming is nothing but a Praetorian Guard of the President, sad to say. Follow the orders of the president and forget the Constitution; turn your back on the Oath. 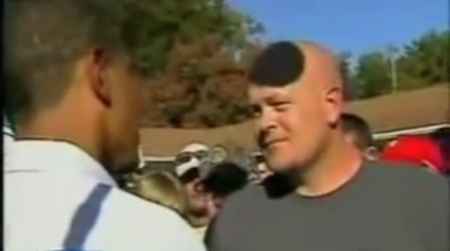 “Remember when Obama said that he’ll ‘fundamentally change America’? He really wasn’t kidding, was he? You want proof? There’s at least 22 of these Islamovilles strategically scattered throughout our country, and not only are they still there, but they’ve been getting bigger and bigger. And you’ve got to be a complete idiot not to have figured out that mosques are nothing other than armories: weapon caches for the bad guys.

“We hear about the ‘moderate Muslim’ going to speak up and shout down the Jihadists, right? Here’s the news flash: they’ve been giving us the same line for the past 1,500 years. That’s right. What they say and what they do aren’t the same, are they?

“For every policeman that’s gunned down is another step closer to Sharia, meaning the complete takeover of our country, via abolishing the 2nd Amendment. The Muslim Brotherhood is the granddaddy of all terrorist groups, and they’re right there in the White House; C.A.I.R. is also Muslim Brotherhood, and they’re all over the place: allowed to operate in every state, in every city and in every town of our country. Now, if you can add 2+2, you better get with the program and see the light.”

“In a perfect world, whisk ‘My People’ Eric Holder and the de facto president Obama straight to a cage in Gitmo. And, oh, I almost forgot: throw in Dean and Pelosi while we’re at it.”

“And that’s it for today’s edition of ‘Pulse.’ Thank you for watching, and so, on behalf of the crew, I’ll be wishing you all a good night: Goodnight.”