AN OPEN LETTER TO RUSH 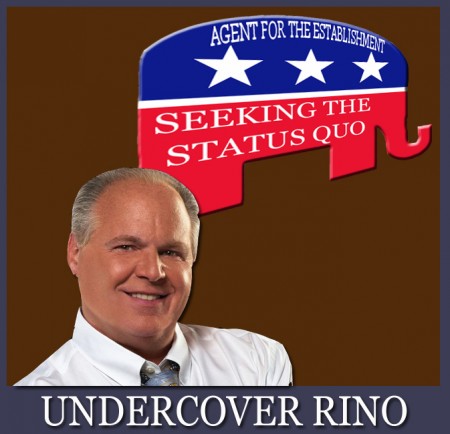 During these past tumultuous decades it is impossible to estimate how many times I have planned my business or recreational day around the start of your radio show.  I can’t put a number on the times I defended you with conservative friends who didn’t trust you.  I can’t begin to count the number of times I dreaded that the left would find a way to destroy you.

You like to say, as a come-on for your show, that you are 99.8% correct. Of course, being a great supporter of yours, I found it easy to overlook such foolishness, knowing full well that over the years you have exercised a repetitive penchant for getting many facts wrong or perhaps, just failing to present all of them.  This had not ever really bothered me too much, since I knew you were, or so you claimed to be, equal time.  In other words, an attempt to balance out the avalanche of lies being spewed out from the multiple leftist media outlets each day.

But those less than honest presentations should have been a red flag.  As it may make one feel good, absorbing and relishing half-truths or purposely obfuscated events, these activities created a certain air of unaccountability and uncertainness. And dare I say miss-trust?

All of these many  years, you, El Rushbo, have played the role of the anti-establishment conservative constitutionalist.

I use the word “role” here because now, upon further reflection, that is exactly what it was.  Oh, you did your little chats you knew were required to keep the hook into conservative listeners concerning a few of the more liberal RINOs, but as we can all recall, you actually never took a hard stand.  You never have actually done anything to prevent the mess our party has either done or allowed to take place.

One sure sign that we have been duped over these years, which has been obscured by whatever excuse you used each election cycle, was your refusal to “endorse” any primary candidates.  Anyone, and especially you and the party establishment elites know full well that primary elections are the foundation of establishment supremacy.  Primary elections allow the establishment to remain in power and in control.

Once the primaries are complete, the people have only three choices.  Choose a Democrat, a RINO or stay home.  Apathy is the most effective establishment tool.  You know that; they know that.  Which is why the elites from both parties play down the primaries so as to provide “active party members” the numerical edge. That, too, is why you, in support of them, refuse to take a primary stand.

If you, Sir, are so concerned with conservative values, why then have you refused to take part in helping to rid the party of liberal and progressive candidates by endorsing a conservative?   I have wondered this for years.  It is clear now why.  You are one of them.  Your charade of conservatism has been blown.  You have never endorsed a candidate in the primaries because you really did not want to interfere with your establishment buddies.

Why am I so sure of this now?  Well, for one thing, you and the establishment are worried sick that this primary season, you and they have lost control.  An outsider has fired up the conservative base, the base you have falsely claimed to ally with.   The establishment dreads that the nominee for the Republican Party will not be one of theirs (yours).  Will not be one they can control. This, they cannot abide.

As a result, the facade has been dropped.  The “embedded agent” of the establishment has been called in to take action.  The agent, in from the cold, has opened a new front in their battle to crush the growing epidemic of a true grassroots opposition.  That agent is you Rush, El Rushbo.  The not so cuddly.

How have I come to this conclusion?

Shall we count the ways?

Here are just a few:

Why would a constitutionalist spend endless hours propping up a candidate, Marco Rubio, who is ineligible to hold the office of President?

Why would a conservative support a candidate, Marco Rubio, who has been aligned with the open border group, “The Gang of Eight”?

Why would a conservative back a candidate, Marco Rubio, who when speaking Spanish to the Hispanics says exactly the opposite of what he says when he speaks English?

Why would a conservative support a candidate, Marco Rubio, who will never take on the establishment if elected?

Why would a conservative support a candidate, Marco Rubio, who will give amnesty to millions of illegal immigrants?

Why would a conservative support a candidate, Marco Rubio, who will never, ever build a wall on our southern border?

Why would a conservative support a candidate, Marco Rubio, who has done or accomplished absolutely nothing?

Why would a conservative support a candidate, Marco Rubio, who may talk the talk about the Second Amendment but when Speaker of his State Legislature refused to support citizens’ rights to bear arms in the workplace? (Where, by the way, most nutcases do their mass killings.)

Why has our supposed constitutional conservative, the protector of our freedoms and liberties, abandoned the one candidate who will end corruption, will end over-regulation, will end mistreatment of our veterans, prosecute criminals who have been stealing us blind, will protect our Bill of Rights, build a wall on the southern border, stop criminals and disease carriers from invading our country, stop Muslim terrorists from getting a foothold in our neighborhoods, bring American money back from overseas, bring jobs back from other countries, end Obama’s amnesty programs, end Common Core and Obamacare, and make America strong, rich, respected by friend and foe alike?

Only you, Mr. Limbaugh, can answer those questions. I and many people, however, do not need to hold our breath waiting.  You have done what you have done, because you are not one of us.  You are one of them.

For me, there will be no further schedule manipulation around the start of your show.  In fact I’ll most likely go out of my way to avoid it.  Your establishment veil  has slipped, and what an ugly sight it has revealed. My fears that you would be destroyed have come to fruition.  Not by the leftists but by your own hand. What a pity!

Your Establishment is Showing added on Friday, February 5, 2016