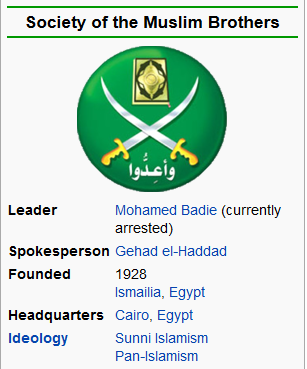 (Dec. 7, 2015) — Ho ho ho Hum. Yawn. Another attack dog of the DOJ let loose on our Constitution. Another member of the Administration cutting ahead of line via Affirmative Action making a complete fool of herself. The new vendetta is to prosecute the Truth as if the Truth is a rabid dog. In any culture where Truth is swept under the rug, the end result is always Death Camps, but let’s not jump ahead of ourselves.

A little history lesson is needed, the history of the word “Freedom.” Once upon a time, many years ago in a faraway land, there was no concept of “freedom” because life just went along as it had for thousands of generations. You had your Chief who had wives who birthed future Chiefs.

Then some Chiefs subscribed to the practice of kidnapping humans from other locations for a number of reasons, the idea of multiple wives producing multiple boy babies being the most common excuse; acquiring additional servants; gathering humans as disposable objects to use as sacrificial lambs; and for laboring at activities that would be considered boring and dangerous with a guaranteed diminished life expectation.

One can certainly suppose that a captured young man — who was smitten by a lovely young damsel of his tribe — would yearn to make it back home, hence the birth of “freedom” (supposedly). A slave making a break for it was an ongoing problem. One could make a case for the word “Flee” and “Freedom” to be somehow connected, perhaps directly.

There are different kinds of freedom. One has the freedom of which laundry detergent to purchase. One should have the choice of where to live, how to think, and what to speak.

The US Attorney General, or the United Nations, or anybody from whatever source, has no jurisdiction over anyone on our planet from speaking the truth about any subject under the sun, and that includes how the subject in the movie FITNA is portrayed.

The truth is that Islam is at war with Western Civilization. Islam’s documented approach is to force Sharia Law upon a country’s inhabitants. The followers of Islam accept no other law nor history than Islam, which is why any artifact older than Mohammad’s birth (1,400 yrs. ago) is wantonly and systematically destroyed, as are all pictures, drawings and sculptures of the human form.  Decapitations by Muslims and “honor killings” have been so common as to not make the news.

So let the Attorney General, the rest of the Administration and all the other lackeys – including Obama – of the Muslim Brotherhood have a temper tantrum about abolishing the 1st and 2nd Amendments; it’s just not going to happen. You see, we aren’t the slaves; they are, to Islam.

Are we on the same page? I hope so. Merry Christmas, Ho ho ho.