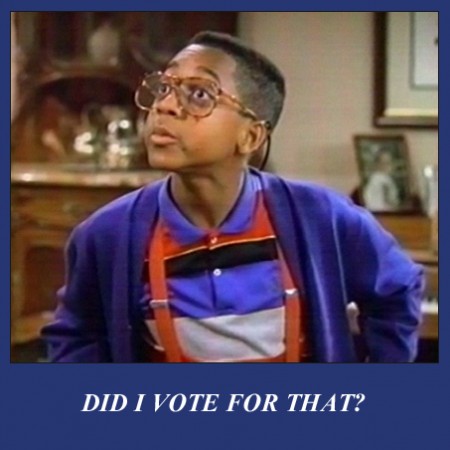 (Jul. 11, 2013) — The amnesty bill, SB-744 has sailed through the Senate and now awaits a decision by Speaker Boehner in the House.  The question now becomes, will he and the rest of those supposed Republicans sell America down the river, just as have the Conservative pretenders in the Senate?

During these past several months we have been inundated with commercial after commercial, on radio, TV and pop-up ads on the internet, pointing out that the bill SB-744 is a reasonable and conservative document.  Of course, it is neither.  Even if there were no other problems with this piece of garbage other than over 30 million law-breakers are soon to become registered Democrats, which would relegate the Republican Party to the fate of a lemming hoard, it would be bad enough. But hold on! There’s much, much more.

Before we go deeper into those problems, here is a short query for all elected politicians.  To whichever party you have aligned with, each of you has taken an oath to protect and defend our Constitution.  How is it remotely possible that you could fulfill that obligation by voting  YES on any new law if you have not read and understand every part, every phrase and every aspect of it and how the bill, in totality, will affect your constituents?

One can vote NO on a bill without having read the entire treatise if he finds anything, even in the first line, that he does not agree with. What else may be in the proposed law is irrelevant.  But if you vote YES,  everything must be understood. Everything!  To do otherwise would constitute a breach of your oath.  The people did not elect you to represent them so you could have someone in leadership demand that you acquiesce to them.  You were elected, you took the oath, it’s your job and honor to vote your conscience based on a complete and thorough understanding of what your vote will mean. You did not take an oath to do as you are told.

Here in New Jersey, our left-leaning governor appointed a temporary Senator and sent him to DC just in time to vote “yes” on SB-744.  Even though this minion has not been elected, he did take the above-mentioned oath.  Then, his very first act was to breach that oath and his word.  Under orders, of course.

For certain, this guy was not the only one who followed orders and deserted his oath.  Actually, it comes down to two possibilities.  Those Republicans who voted for this bill are either oath-breakers, faux conservatives or an uncomfortable amalgamation of both.

So what did Christie’s boy and the other RINO’s vote for?  The following list is only a partial compilation of some of the most destructive parts of this bill.  Believe it, there are many, many more.

This list may appear to be long, but its far from comprehensive.  TPATH has taken the time to gather this information for our readers and put it in one place to give them an overview of what is in this bill and what the Gang of Eight is hiding from you.  Please take the time to copy some or all of these items so you will be armed with the truth.

If you have an occasion to be lectured by your elected official at a town hall meeting or in a condescending email, telling you as if you didn’t know that “the immigration system is broken and we have to do something,”  you might want to ask them if they really know what they voted for:

And yes, Erkle, you did vote for that!

In closing, a few words to those Republicans who may have fallen for one of the many lines the Gang of Eight have been forcing down your collective throats:

How about fixing the problems, the flaws and the defects?
Then ask us to vote for it?

Republicans May Soon be Asking… added on Thursday, July 11, 2013

One Response to "Republicans May Soon be Asking…"