Report: Inmates Overdosing on Drugs, “One Died” in January

By Sharon Rondeau on Friday, February 3, 2017   States, US Government Corruption 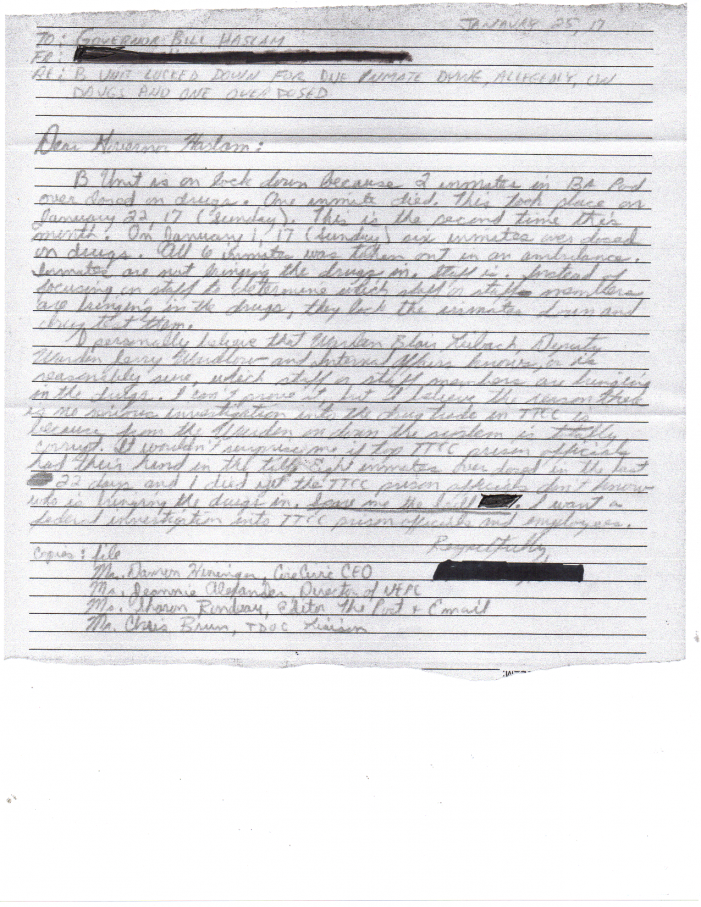 “THIS IS THE SECOND TIME THIS MONTH” by Sharon Rondeau (Feb. 3, 2017) — On January 25, an inmate at the Trousdale Turner Correctional Complex (TTCC) wrote a memo to Tennessee Gov. Bill Haslam, copied to this writer and other parties, reporting that a unit of the troubled prison was placed on lock down as […]

Multiple Eyewitness Accounts About CCA Prison Continue to Pour In 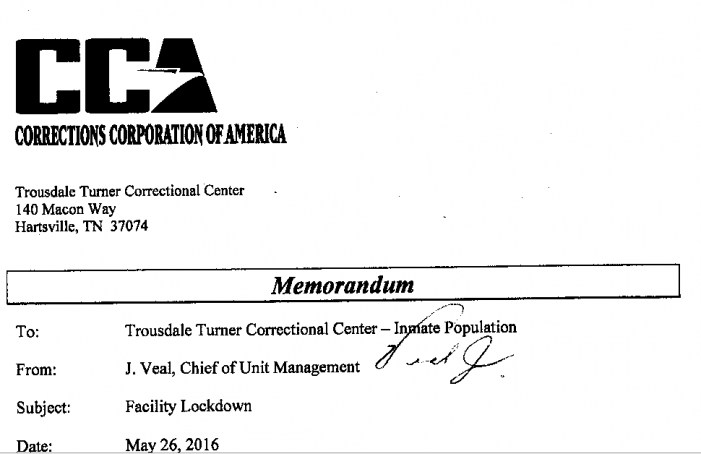 “THEY’VE BEEN ON THE NEWS FOR THE LAST FEW DAYS” by Sharon Rondeau (Jun. 5, 2016) — As has occurred over the last five weeks, letters from inmates at the Trousdale Turner Correctional Center (TTCC) in Hartsville, TN continue to arrive describing draconian conditions within the newly-minted facility which opened its doors in January. As […]