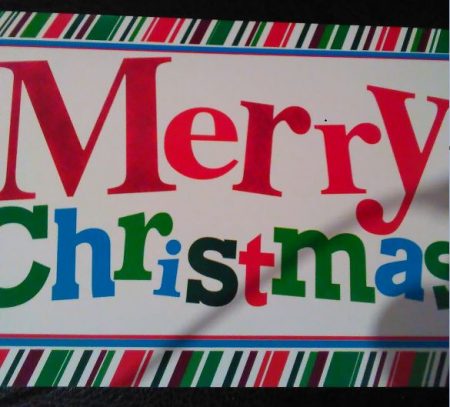 (Jan. 8, 2020) — An unexpected late Christmas card received Wednesday from Shelby County, TN jail inmate Quartez Gary contained a letter in which Gary attributed to The Post & Email’s reporting the lifting of an order restricting him to “stun” handcuffs while in transit.

Our referenced article was published on August 23, 2019. In keeping with our protocol, The Post & Email did not send Gary a copy.

The letter enclosed with the card reads, as it was written:

Happy Holidays Ms. Rondeau thank you for everything you have done for me and I mean that from the Bottom of my heart. Your news reports have helped me in so many ways I could not imagine where I would be without God and you doing these critical times.  To make a long story short your news letter about me being in shock cuffs got plenty noterity and the Judge (Lee V. Coffee) remove me from that status thank you so much… 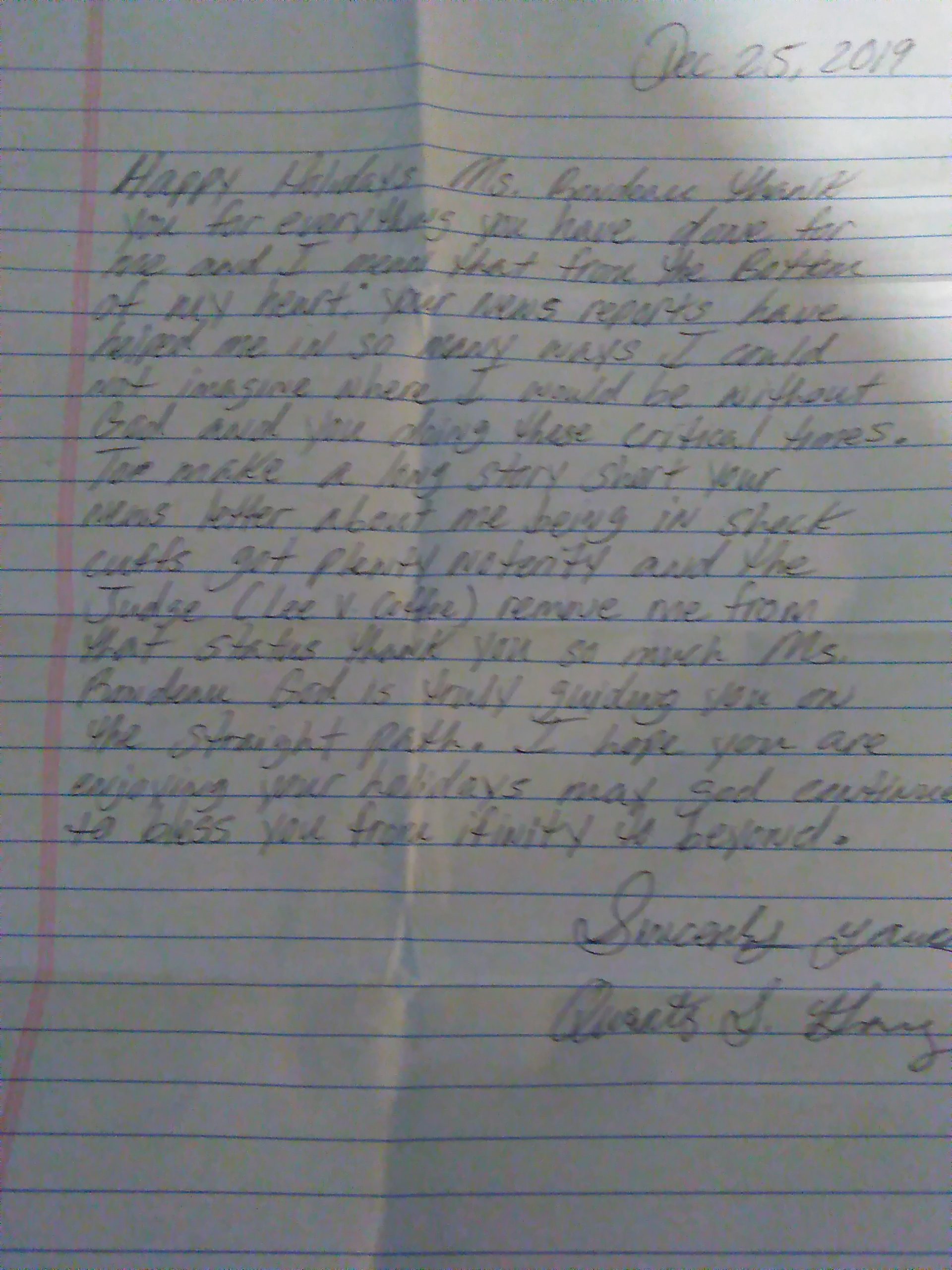 Gary is the lead plaintiff in a federal class-action lawsuit filed in the Western District of Tennessee in early 2018 claiming that the “Shelby County Government,” then-Tennessee Gov. Bill Haslam, Sheriff Floyd Bonner, District Attorney General Amy Weirich and the State of Tennessee use a “rubber stamp procedure” for “all pre-trial detainees.”

Part of that procedure, Gary and the co-plaintiffs contend, is honoring indictments from an improperly-formed grand jury because of a foreman “whose term is expired.”

For more than a decade, The Post & Email has reported the extra-legal phenomenon of Tennessee’s criminal court judges’ hand-picking of the grand jury foreman and reappointing him or her to serve multiple, consecutive terms.  In the lawsuit, Gary invoked the names of “Mary Thomas” and “Pat Vincent,” both of whose names appear in multiple Shelby County grand-jury appointing orders obtained by The Post & Email over a period of time.

The Shelby County criminal court was not responsive to our requests for the appointing orders.

In August 2018, Weirich announced on her office’s website that Thomas was terminated as foreman for allegedly failing to “follow proper procedure.”  Initially, Fox13 reported, the date on which Thomas transgressed was July 31, 2018, “but that was corrected to say it happened on July 17.”  Last April, The Post & Email reported that “documentation The Post & Email acquired from a source as to Thomas’s removal dated August 8, 2018 stated that Thomas “has not been following proper procedure.”

Gary had previously sent us documentation showing that he was arrested on June 9, 2015 and incarcerated without an indictment until ten months later.

The AP has reported that “stun” restraints generate 50,000 volts of electricity to the wearer if activated, while other sources say the jolt is 80,000 or 88,000 volts.

The Public Leadership Institute and Amnesty International oppose the use of the cuffs.  In sample legislation designed to outlaw them, PLI wrote, “A stun cuff device is different than a ‘taser’ because the stun cuff is used after the person has been brought under control, when conventional handcuffs and leg irons are effective and appropriate. Under international standards, the use of these devices represents torture.”

Myers Enterprises, which manufactures “stun cuffs,” states its rationale as “Todays criminal is hardened, desperate and more dangerous than ever. They endanger everyone they come in contact with; law enforcement, judges and civilians. They are out of control! During trial prisoner shackling has been found unconstitutional for fear prisoners may appear guilty before a jury. On the other hand, you can’t allow a murder suspect freedom in the courts, filled with innocent bystanders where they may attempt to break free. All too frequently we hear disturbing reports of prisoner escapes. Whether taking a prisoner for a doctor visit, transporting them for trial, interrogations or dealing with a prisoner that is under the influence. They must be controlled.”